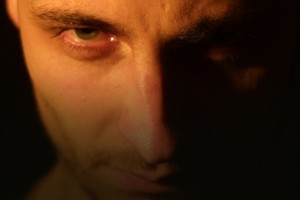 I was in the studio a few years ago with Frank Sontag for his KKLA radio program in Los Angeles. We were talking about Cold Case Christianity and the transformation I experienced when I first became a Christian. As an atheist, I embraced a moral code very similar to the Christians I knew. I didn’t have to be a Christian to recognize what was morally virtuous and what was not (Romans 2:14-15); I spent nearly a decade as a police officer before I began to investigate the Gospels. During most of this time, I was quite judgmental of the people I arrested. I drew clear distinctions between the “good guys” and the “bad guys”, and I was happy to put bad guys in jail for as long as possible. An attitude of un-forgiveness dominated my professional life, and this attitude seeped over into my personal life on occasion.

When I became a Christian, my perspective on forgiveness began to change. In fact, this might have been the most dramatic change I experienced as a Christian. My heart softened. I became more forgiving. It didn’t happen as a matter of conscious effort (I didn’t try harder because I knew I ought to). Instead, I slowly became aware of my own fallen condition, and this heightened awareness led to my transformation. The people I worked with started to notice this change in my character even before I said anything about my interest in Christianity. In fact, I hid my investigation of Christianity from my partners for months. They knew me as a vocal atheist, and I knew I would take a beating once they found out I had changed my position. As a result, they saw the changes in my character long before they discovered I was a Christian.

I remember reading the Gospel of Luke repeatedly as a new believer. It was one of my favorite Gospels because I understood how it connected Luke’s Book of Acts to the case for early dating. One of Jesus’ parables was striking to me because it explained my growing attitude of forgiveness. In Luke Chapter 7, Jesus entered the home of a Pharisee named Simon:

Luke 7:36-50
Now one of the Pharisees was requesting Him to dine with him, and He entered the Pharisee’s house and reclined at the table. And there was a woman in the city who was a sinner; and when she learned that He was reclining at the table in the Pharisee’s house, she brought an alabaster vial of perfume, and standing behind Him at His feet, weeping, she began to wet His feet with her tears, and kept wiping them with the hair of her head, and kissing His feet and anointing them with the perfume. Now when the Pharisee who had invited Him saw this, he said to himself, “If this man were a prophet He would know who and what sort of person this woman is who is touching Him, that she is a sinner.”

And Jesus answered him, “Simon, I have something to say to you.” And he replied, “Say it, Teacher.” “A moneylender had two debtors: one owed five hundred denarii, and the other fifty. When they were unable to repay, he graciously forgave them both. So which of them will love him more?” Simon answered and said, “I suppose the one whom he forgave more.” And He said to him, “You have judged correctly.” Turning toward the woman, He said to Simon, “Do you see this woman? I entered your house; you gave Me no water for My feet, but she has wet My feet with her tears and wiped them with her hair. You gave Me no kiss; but she, since the time I came in, has not ceased to kiss My feet. You did not anoint My head with oil, but she anointed My feet with perfume. For this reason I say to you, her sins, which are many, have been forgiven, for she loved much; but he who is forgiven little, loves little.” Then He said to her, “Your sins have been forgiven.” Those who were reclining at the table with Him began to say to themselves, “Who is this man who even forgives sins?” And He said to the woman, “Your faith has saved you; go in peace.”

This parable seems to unlock the mystery of un-forgiveness. Simon was judgmental of the woman because she was a “sinner”. Like the atheist police officer I used to be, Simon drew clear distinctions between the “good guys” and the “bad guys”, and he was happy to put “bad guys” in their place. The sinning woman was different from him; she had something for which she needed forgiveness and Simon clearly didn’t think he needed such pardon. Jesus’ parable was crafted to help Simon see he was also in need of forgiveness. Simon was one of the two debtors in Jesus’ parable.

God understands the source of human judgment and un-forgiveness; Jesus understands the root of an unforgiving heart. The most unforgiving people you and I know are simply the people who think they have nothing for which to be forgiven. An unforgiving heart springs from an attitude of arrogance. I am least forgiving when I forget how much God has forgiven me. As I have come to understand my fallen condition and embraced the reality of who I am with contrition and a deep appreciation of the forgiveness of God, I have slowly become more forgiving. Jesus wanted Simon to see his similarities with the sinning woman, rather than his differences. As I began to appreciate my own need for forgiveness, my heart began to change. I still continued to do my job as a police officer and put offenders in jail, but my distinctions between the “good guys” and the “bad guys” began to change. I began to focus on our similarities rather than our differences.

In some ways, it reminds me of John Bradford, a 16th Century evangelist and English reformer. He was imprisoned for his allegiance to the Church of England and martyred in 1555. While in captivity he watched many prisoners as they were led to their execution. Watching these men walk to their death, he famously said, “There, but for the grace of God, goes John Bradford”. When he was finally executed for his beliefs, and just prior to being burned at the stake, he looked to the gathered crowd and begged the forgiveness of anyone he had wronged. He also offered forgiveness to those who had wronged him (and even to those who were about to execute him). Bradford understood the blurry distinction between the “good guys” and the “bad guys”. None of us are good. All of us deserve punishment. Our fallen nature warrants the judgment of God and begs the forgiveness of others. A forgiving heart is grounded in the attitude: “There, but for the grace of God, go I”.

Our fallen nature warrants the judgment of God and begs the forgiveness of others. A forgiving heart is grounded in the attitude: 'There, but for the grace of God, go I'. Click To Tweet 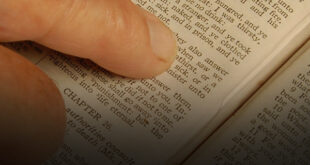 Can We Trust the Bible If We Can’t Confirm Every Detail?

Most of the time when a police officer responds to a call from a citizen, …