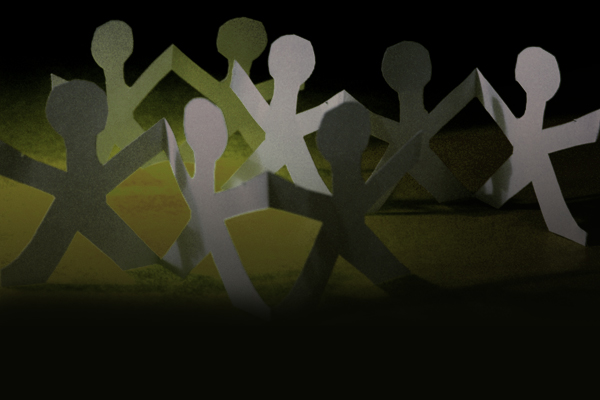 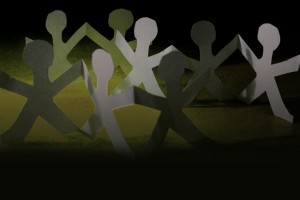 Over the years I’ve had the opportunity to speak to (and train) a number of Christian apologetics clubs on the campuses of high schools and universities across the country. One student I’ve trained over the past four years recently graduated high school and is now leading an apologetics group at the University of California, Los Angeles (UCLA). She contacted me to see if I could speak to her group next year. In the short time she has been on the campus she has already grown a sizable group of students united as a community and preparing themselves to defend what they believe as Christians. I was impressed with her immediate success in forming this group; not every Christian apologetics group grows this quickly. Why are some groups more successful than others? I think the answer can be found in a short video I received from Sean McDowell recently. The key to growing a Christian case making group lies in our ability to unite the mind with the heart. In our efforts to strengthen the life of the mind we must never forget the importance of community.

Tony Campolo is a popular Christian speaker. His son, Bart Campolo, is an atheist who serves as the humanist chaplain at the University of Southern California (USC). In a recently posted YouTube video Bart spoke at the Secular Student Alliance (SSA) annual conference and explained why he was once part of a Christian youth group. In his talk, Bart urges the SSA to become more influential on college campuses (and to do a better job of raising support) by recognizing the power of community. He described the powerful impact Christian community had on him as a young man. Watch the video, particularly from 8:48. Bart makes several important points. Much can be said about Bart’s experience in Christian youth groups, and I will not take the time to evaluate whether or not Bart was ever truly a Christian, because that’s not what’s so important about his comments here. Regardless of his standing as a believer in the past, Bart makes several important observations we can apply to our efforts to grow apologetics groups in a variety of settings. If you’ve ever struggled to form a Christian case making presence in a high school or university setting, Bart’s advice may apply to your effort.

After watching the video, I came away with three important realizations:

Christian Communities Are Familial
Campolo seems to recognize the SSA as little more than a debate organization, and I think he is accurate in this description. I’ve partnered with atheist groups on college campuses for nearly 15 years now and I’ve had the opportunity to interact with their members and leaders. I’ve noticed a distinct difference between atheist groups and Christian groups. One atheist leader lamented how difficult it was organize his meetings. He described it as something similar to “herding cats”. I think the key difference between atheist and Christian groups has to do with the sense of family we experience. While atheist groups are united around a common interest (or more likely, a common enemy), Christian groups are united by a common Father. It’s tempting to forget this and undervalue the sense of family we ought to experience as Christian believers. But this familial quality is a Christian distinctive. That’s why leadership is so important in Christian case making groups. It’s difficult to find leaders who have all the right characteristics. We need people who are equipped to teach and train apologetics, but we also need paternal, maternal, pastoral leaders. As I travel around the country I’ve seen this important characteristic in the largest case making groups I’ve visited. Less successful apologetics groups can sometimes be eerily similar to the atheist groups on college campuses: they’re more interested in the facts than the family; more interested in the case than the community. I think we sometimes lean in this direction because we recognize the life of the mind is often neglected in Christian groups. If you are leading a Christian case making community, never forget the one Christian distinctive unifying us. We are the family of God, united as God’s children. Be more than a teacher; parent your members, unite them to our Heavenly Father, and demonstrate the unique love of the Christian family.

Christian Communities Define Purpose
The success of Rick Warren’s Purpose Driven Life should remind us how important it is for every human to answer the question, “Why am I here?” Christian case making communities must help young people answer this question for themselves (individually) and for the group (collectively). Are we here to simply fight the enemy? Are we here to simply win the debate? If these are the limits of our ambition, we will never become more than a group or a club. Communities are driven by more transcendent goals. Campolo was right when he recognized the power of mission. As a Christian he rallied around the causes of God and enjoyed the common sense of purpose he experienced in Christian community. He enjoyed devoting his life to loving others and making the world a better place. I think he is misguided in thinking these transcendent causes can be grounded in anything other than a Transcendent Father, but that’s another issue altogether. Campolo’s right about one thing: Families are united in mission and purpose. If you are leading a Christian case making community, examine your activities to see if they reflect the mission of God. If an outside observer was watching your group, would they see anything distinguishing it uniquely from atheist debate clubs? Would the love of God for one another and for the world around us be evident? Be more than a teacher; parent your members, unite then to our Heavenly Father, and demonstrate the unique love of the Christian family.

Christian Communities Grow
Families grow naturally. When two people marry and continue to love one another deeply, the consequence of this loving union typically results in offspring. Healthy, loving families grow. If you are interested in apologetics or are already leading an apologetics group in your church, you probably already know how unpopular the topic can be. Apologetics groups are typically the smallest groups in the Church. Apologetics books sell less than other Christian topics, and apologetics conferences are less well attended than other types of Christian seminars. In my experience, if you’ve got a church of two hundred members, you can only expect twenty (10%) to be interested in Christian case making. Apologetics groups are difficult to form and even more difficult to grow. If, however, we learn to create familial apologetics communities, we can reverse this reality. Young people, in particular, are interested in family. During their college years, they are separated from their biological families and are typically searching for new forms of community. We have the perfect opportunity to engage them in thoughtful, familial Christian communities celebrating the life of the mind. Campolo was right when he cited the power of missional community and the desire most people have to join and support such communities. Groups such as Campus Crusade and Intervarsity have enjoyed the support of donors who remember how important these familial groups were to them when they were in college. If you are leading a Christian case making community, develop the kind of healthy, loving family worthy of support. Create a transformational community your young people will want to replicate (and finance) when they are older. Be more than a teacher; parent your members, unite then to our Heavenly Father, and demonstrate the unique love of the Christian family.

Many of you who read my blog are leading Christian apologetics groups around the country. Some of you also write to me on occasion to express your frustration in either the slow growth of your group or your continuing difficulty uniting the group around our important mission. As a Christian case making leader, it’s tempting to over-emphasize the life of the mind and under-emphasize the importance of the heart. Communities and families are built on both. Let me encourage you to take Bart Campolo’s words seriously. Bart is still searching for meaning, purpose and familial community. I truly believe this will eventually lead him back to the only Father who could ever reasonably ground transcendent meaning, purpose and family in the first place. But until then, we can, as committed Christian case makers, learn something from his search. The key to growing a Christian case making group lies in our ability to unite the mind with the heart. In our efforts to strengthen the life of the mind we must never forget the importance of community.