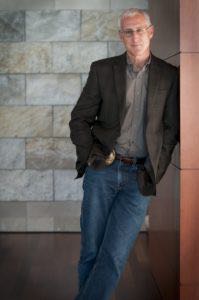 J. Warner Wallace is a Dateline featured cold-case homicide detective, popular national speaker and best-selling author. He continues to consult on cold-case investigations while serving as a Senior Fellow at the Colson Center for Christian Worldview. He is also an adjunct professor of apologetics at Talbot School of Theology (Biola University) and Southern Evangelical Seminary, and a faculty member at Summit Ministries. J. Warner became a Christ-follower at the age of thirty-five after investigating the claims of the New Testament gospels using his skill set as a detective. He eventually earned a Master’s Degree in Theological Studies from Gateway Seminary.

J. Warner has appeared on television and radio, explaining the role that evidence plays in the Christian definition of “faith” and defending the historicity of Jesus, the reliability of the Bible and the truth of the Christian worldview. Jim also speaks at churches, retreats and camps as he seeks to help people become confident Christian case makers. J. Warner’s book, Cold-Case Christianity, provides readers with ten principles of cold case investigations and utilizes these principles to examine the reliability of the gospel eyewitness accounts. In God’s Crime Scene, he investigates eight pieces of evidence in the universe to make the case for God’s existence. In Forensic Faith, J. Warner makes the case for a more reasonable, evidential Christian faith.

J. Warner’s professional investigative work has received national recognition; his cases have been featured more than any other detective on NBC’s Dateline, and his work has also appeared on CourtTV and Fox News. He also appears on television as an investigative consultant (most recently on truTV) and had a role in God’s Not Dead 2, making the case for the historicity of Jesus. J. Warner was awarded the Police and Fire Medal of Valor “Sustained Superiority” Award for his continuing work on cold-case homicides, and the CopsWest Award after solving a 1979 murder. Relying on over two decades of investigative experience, J. Warner provides his readers and audiences with the tools they will need to investigate the claims of Christianity and make a convincing case for the truth of the Christian worldview. Here is what others are saying about J. Warner Wallace:

“There’s a lot of reasons J. Warner Wallace has become one of the most popular apologists in America.”
– John Stonestreet, cohost of BreakPoint

“J. Warner Wallace is one of the most unique defenders of the Christian faith you will ever hear. His approach to searching for evidence for God as you would for clues at the scene of a crime is as brilliant as it is understandable.”
– Rice Broocks, cofounder of Every Nation ministries, senior pastor of Bethel World Outreach Church, and author of God’s Not Dead

“I have seldom seen an approach to verifying the truth claims of the Christian faith that is more effective than the one taken by ‘God’s police detective,’ J. Warner Wallace.”
– Dr. Richard Land, President, Southern Evangelical Seminary

“Few professions better prepare a person to follow the evidence than being a detective.  And few detectives are better prepared Christians to be apologists than J. Warner Wallace.”
– Dr. Norm Geisler, Chancellor of Veritas Evangelical Seminary, and author of over 100 books

“Who better to learn apologetic strategies from than one who has spent decades in the trenches?”
– Gary R. Habermas, Distinguished Research Professor & Chair, Philosophy Dept., Liberty University & Theological Seminary

“J. Warner Wallace is one of the most thoughtful and winsome apologists for the Gospel I know.”
– Rick Warren, Pastor of Saddleback Church

“Whether you are a Christian or a skeptic, J. Warner will challenge you to consider the evidence through fresh eyes.”
– Sean McDowell, educator, speaker, and author

“J. Warner is a man who is in a unique position to investigate the claims of Christianity. He is quickly becoming my favorite apologist.”
– Don Stewart, apologist, author, speaker, and radio host

“Detective J. Warner Wallace is as creative telling a story as he is solving a crime.”
– Robert Dean, producer, Dateline NBC

“Around Dateline, we had a phrase to describe J. Warner Wallace: ‘The Evidence Whisperer.’”
– Keith Morrison, news correspondent with Dateline NBC

“Today Americans are searching for truth. The most fundamental truth is the reality of a sovereign God and J. Warner Wallace is the most convincing apologist in US history.”
– Lieutenant General William G. Boykin, retired United States Deputy Under Secretary of Defense for Intelligence, and Executive Vice President at the Family Research Council

Jim is married to Susie (the love of his life since 1979) and has four children. He lives in Southern California where he enjoys running on the beach and the trails and walking his trusty Corgi, Bailey.