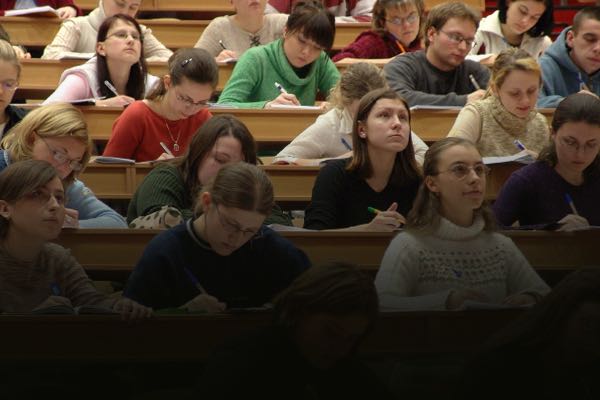 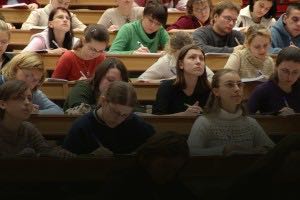 I spent most of my adult life as an atheist and once I eventually determined Christianity was true, I jumped in with both feet. I volunteered in Children’s Ministry and eventually became a ministry coordinator. It wasn’t long before I was enrolled in Seminary, and within a few years I found myself pastoring a youth group comprised of both junior high and high school-aged students. My first year was a disaster. Don’t get me wrong, my students wouldn’t have necessarily described it negatively, but looking back at it, I did little to protect or prepare them for what they would face in university. In fact, most of the students in my first graduating class of seniors left Christianity before the Christmas break of their freshman year. When I discovered this was the case, I decided it was time to rethink my approach.

In the first year, I leaned heavily on my background as an artist rather than my background as a skeptical cop. I spent nine years in the arts, completing an undergraduate degree in design and a graduate degree in architecture. I am also a musician and have played on a number of worship teams over the years. I wanted to celebrate the arts and create emotionally moving weekly experiences for my students, and my first year as a youth pastor was an adventure in creativity. Unfortunately it was light on content. All that changed once I realized how poorly my graduates were surviving when they left us. At this point I re-examined my priorities and shifted from creative artist to critical investigator. I also stopped teaching and started training.

Like most of you who are leading or teaching youth ministries across the country, I had difficulty finding pre-designed curriculum meeting my needs. As I surveyed the challenges facing young people, I identified three areas of concern, but I was unable to find curriculum matching these priorities. I knew I was going to have to create my own material, and I knew it was going to take some work. Given my art background, I tried to create a content-rich, focused, robust, visual learning experience, even as I attempted to tailor the curriculum to specific trips I planned for my group (the key to turning teaching into training). I divided my annual training calendar into eight six-week series (leaving four weeks for holidays and special occasions). This meant, over the course of four years, I would have an opportunity to explore thirty-two series. But what would be our focus? Our approach was three-pronged:

Theology
We sometimes think the only challenge facing our young people is from forces outside the Church, but this simply isn’t true. If our students don’t have a proper understanding of orthodoxy, they’ll be easily persuaded by false teachers who claim to be Christians. Why is the trinity important? What does Christianity teach about grace and the nature of Salvation? What does the Bible teach about the nature of hell? In the end, I wanted my students to be theologically articulate. I knew they could be eloquent and expressive about any number of popular (and relatively useless) cultural issues, I wanted them to be at least as articulate about the most important metaphysical truth claims. I developed a number of six-week series exploring creeds and doctrinal issues and I tied these series to missions trips (like the Utah Mission) that would ultimately test their knowledge.

Apologetics
If I wanted my students to become good thinkers, I knew they would need to know how to think, rather than what to think. I also knew most of the objections to Christianity they would face in their college years would be largely philosophical in nature. For this reason, I wanted to teach my students the basic laws of logical and simple logical fallacies. Beyond this, I wanted them to know something about the nature of evidence and the philosophical principles used to assemble an evidential case. I developed several six-week series focused on philosophy, logic and apologetics, and tied these training sessions to missions trips (like the Berkeley Mission) where we put what they learned to the test.

Behavior
Ideas have consequences. In the end, what we believe ought to be apparent in the way we live and behave. I’ll be honest with you; most parents couldn’t care less what you teach their kids as long as you address the behavior issues. But if you make behavior your focus, you’ll likely fail in an overly legalistic attempt to impact your students from the outside-in. On the other hand, if you can help your students understand the foundational theological, rational, philosophical issues related to Christianity, you’ve got a good chance of impacting them from the inside-out. I developed several six-week series focused on explicit Biblical teaching related to social justice, sexuality, compassion, pride a number of “hot topic” cultural issues. Many of these issues were relevant to our Utah and Berkeley missions trips, and we added several inner city ministry trips to our calendar to provide a target for social justice training.