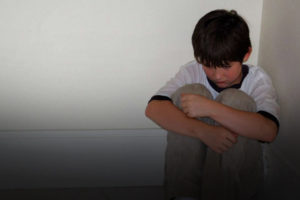 Residential burglary (a crime where the suspect or suspects break into someone’s home in order to steal their valuables) is a very common crime here in California. Just a few days ago, we surveilled a suspect early in the morning as he left his house. The suspect drove many miles to an affluent area on the northern coast of Los Angeles. Instead of driving into an residential neighborhood, however, the suspect pulled into a parking lot of a church. As I waited to see what he would do next, I began running through possible reasons he could be there. Could he be parking in the lot of the church with the intention of walking into the nearest residential neighborhood to start looking for target homes?

Was it possible that he was truly attending a church function? What kind of a person could go to church, pray, worship, hear a message from scripture, and then go out and spend the rest of the day breaking into houses? How could anyone be so hypocritical? How could he feel good about himself going to church when the rest of his day he might be committed to victimizing others?

As I sat there judging this burglar for daring to go into a church in the middle of a crime spree, God started to convict me. Shouldn’t I instead have been hopeful that the man really did have a relationship with God? Shouldn’t I have been glad if he was regretting his behavior and asking God for forgiveness? If he broke into someone’s house I would be there to arrest him, but in the meantime couldn’t I at least be open to the possibility that he was a sinner just like me? Hoping in one moment to be close to God and then thinking about myself and my own desires the next?

I’d like to think I am the good guy in this situation. I’m the cop, I stop the bad guys. I want to pursue being good, I want to emulate the goodness of God, but this case was a real reminder that in that pursuit I need to gain a sense of perspective. I am a sinner, and I need to be careful to judge others when I am not living up to the same standard myself.

I am embarrassed that I needed to be convicted about this. I should be thanking God that this guy might go to a church. I mean, where is he more likely to turn his life around than in the presence of God? Did I really think I was so great that arresting this guy was going to put an end to his criminal behavior once and for all? He had been arrested by us before and likely would be again. Jail could only be a temporary solution. Only with God could a permanent solution be found.

So thanks God, for calling me out, for convicting me on this point. 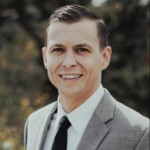