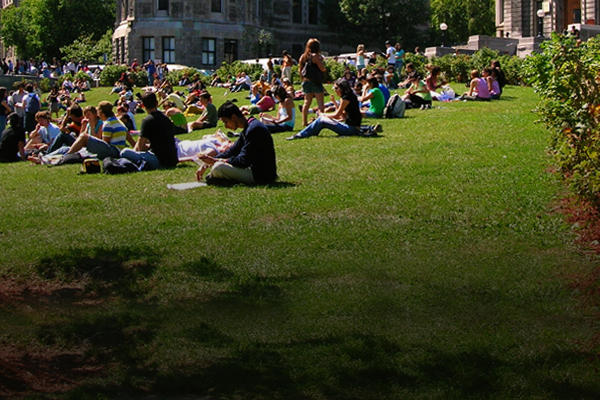 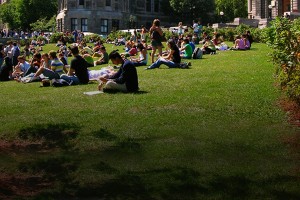 I feel honored to be a very small part of the faculty at Biola University (where I serve as an Adjunct Professor in the Master’s Degree program in Christian Apologetics). In a recent class I taught covering the material in Cold-Case Christianity, I began by asking the seventy-four students why they wanted an advance degree in apologetics. Thirty of these students said they were taking the class to grow in their faith. The remaining forty-four said they were either teaching apologetics locally or planned on teaching apologetics in the future. This latter group saw the Biola graduate degree as an important step of preparation. Not everyone agrees.

In fact, some people in the Christian community think an advanced degree in apologetics is largely a waste of time. Two people I deeply admire have come out publicly with this assertion: Max Andrews (of the Sententias Blog) and Glenn Peoples (of the Right Reason Blog) both wrote blog posts this year entitled, “Don’t Get a Degree in Apologetics”. Andrews and Peoples believe an academic degree in an advanced, specific discipline (i.e. biblical studies, history, historiography, theology, philosophy, physics, chemistry, etc.) is a far better choice than a broad degree in apologetics. Andrews writes:

“My advice is to pick a discipline and excel in that discipline. All the greatest apologists have a discipline: Gary Habermas, Mike Licona, William Lane Craig, NT Wright. etc. Don’t be a jack of all trades. Be a master of one and be skilled in many.”

Think about those who have reputations as being the best apologists out there (whether they use the word “apologetics” or not). Everyone’s list will be slightly different, but the list will probably include names like C. S. Lewis, Alvin Plantinga, Richard Swinburne, Ravi Zacharias, William Lane Craig, John Lennox, Peter Kreeft, Richard Bauckham and others. Do you want to be a great apologist? Great. Do you think these people are / were great apologists? I agree. OK, now ask yourself what all of these people – along with probably every other person you might add to this list – lack. They probably lack a whole lot of things, but one of the things they lack is a degree in apologetics.

Let me take a minute to respond to these statements and make an important distinction between expert witnesses and case makers. Both have been incredibly important in every criminal case I’ve ever seen presented in front of a jury. Expert witnesses are critical and foundational to jurors. Without these men and women, the evidential foundation for each case would be insufficient. I rely on expert witnesses to testify about DNA, fingerprint, behavioral and other forensic issues; these folks are often the centerpiece of my case. But there is another critical participant in every jury trial. I’ve seen great evidential cases ruined by poor case makers. A young, inexperienced (or simply ungifted) prosecutor can make a mess of a case in front of a jury. Case makers are the directors, authors, orchestrators and presenters for every case argued to a jury. They seam together the divergent testimonies and translate the experts so jurors understand their importance (and their role within the larger case).

Expert witnesses are narrowly focused and typically have difficulty relating to the lay-people who make up the jury; the attorneys stand in the gap, weaving the expert testimony into the overarching case and “throwing the ball” so jurors can “catch it”. You can have great expert witnesses and still lose at trial. In fact, in every case I’ve worked, the defense has also called equally qualified, educated and accomplished expert witnesses who have testified in opposition to the experts called by the prosecution. The case makers (the attorneys) were responsible for arguing why their experts were more relevant than those from the other side. In criminal trials, case makers are just as important as expert witnesses, and this is also true in the Christian community. Without a good case maker, expert testimony can sound a lot like, “blah, blah, blah”.

There are very few (and I mean very few) expert witnesses in the Christian community who are also popularly accessible case makers. Let’s be honest about that. Some of these great thinkers are friends of mine, and I think they would acknowledge their role quite happily. Richard Bauckham’s incredibly important work, Jesus and the Eyewitnesses, has not been nearly as successful as Lee Strobel’s Case for Christ. In fact, many of these amazing expert witnesses would still be largely unread (and unknown) if they hadn’t appeared in Lee’s work. Case makers make expert testimony accessible and show how the limited evidence offered by these experts fits into the larger case. That’s what Lee has done so brilliantly over the years. It’s no coincidence we’re experiencing a renaissance in apologetics simultaneous with the success of Lee’s books. Great case makers amplify the work of great expert witnesses. In fact, you could take the book sales of everyone mentioned by Andrews and Peoples combined (with the obvious exception of C. S. Lewis and Ravi Zacharias) and they wouldn’t come close to the book sales of Lee Strobel or Josh McDowell alone. Lee and Josh are great case makers (neither has an advanced degree in a specialty area by the way); both are relying on the testimony of great expert witnesses.

Let me make one final observation. Courtroom dramas are incredibly popular in our culture. Think about your favorite book, television show or movie in this genre. Now let me ask you a question: Which characters are highlighted most in these dramas? Who are the protagonists or antagonists featured in each story? In most courtroom dramas, the primary characters are the attorneys and detectives: the case makers. Think about it. Whenever an investigative drama features an expert witness as the primary character (in shows like CSI or Quincy) the experts are actually mischaracterized and given investigative or case making roles they don’t actually possess in real life. The culture is far more interested in case makers and investigators than it is in expert witnesses. People are more interested in the total picture than the minutia; they want to hear the case in their own language, and they are far more likely to embrace people with whom they can relate. Case makers are just as important as expert witnesses (and perhaps more important when it comes to influencing a culture).