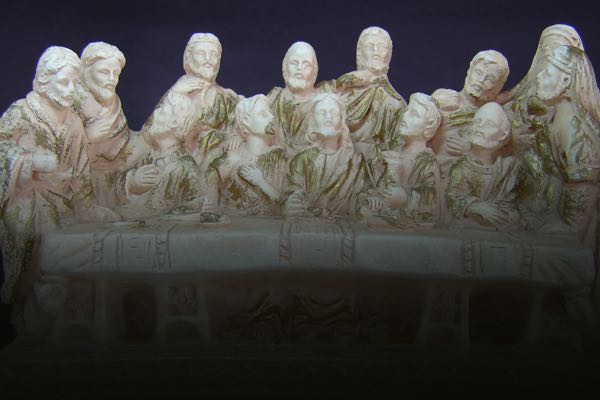 In our Rapid Response series, we tackle common concerns about (and objections to) the Christian worldview by providing short, conversational responses. These posts are designed to model what our answers might look like in a one-on-one setting, while talking to a friend or family member. Imagine if someone said, “I can’t trust what the New Testament says about Jesus. I think the disciples (or whoever wrote the Gospels) lied about Jesus and the Resurrection.” How would you answer such an objection? Here is a conversational example of how I recently responded:

“When I was an atheist, one of the reasons I rejected the claims of the Gospels was a similar distrust in the testimony of the authors. I rejected anything supernatural, so when I simply concluded the disciples were lying about the Resurrection. But then I began to investigate conspiracies for a living as a detective. I understand, now, what is required for a successful conspiracy, and typically, there are five things that I find missing in the lives of the disciples.

The first thing you need to successfully conspire about a claim is the lowest number of co-conspirators. It’s a lot easier for two people to tell a lie and keep a secret than it is for twenty-two, or two hundred and twenty-two. Similarly, successful conspiracies are usually held for the shortest possible time. It’s a lot easier to tell a lie and keep a secret for a day than for a week, a month, or a year. Thirdly, successful conspiracies require the best possible communication between co-conspirators. If I separate two conspirators, and ask one for great detail related to the claim, the other conspirators need to know exactly what the first one said, in all its intricate detail, if they want to be consistent. That requires excellent communication between conspirators to make sure everyone knows what the others are saying. In addition, close relationships are critical. If a mother and son are involved in a conspiracy, for example, there’s a good chance no one’s going to want to talk to you at all. Finally, low pressure, very low pressure on a conspiracy is crucial. If no one’s asking any questions, there’s a much better chance for the conspiracy to succeed.

As you look at these five attributes of conspiracies, you quickly recognize that none of them are present in the alleged ‘Christian conspiracy’. According to Paul (in his letter to the Corinthian church), hundreds of people saw Jesus after the Resurrection, all on the same day. There were over one hundred eligible eyewitnesses in the upper room, for example, in Acts chapter one. There are way too many conspirators, holding the lie together for nearly six decades, separated by thousands of miles, without any way to communicate back and forth to one another, under incredible high 24 pressure. Don’t get me wrong, it’s possible to pull off a conspiracy, but only if the attributes I’ve described are present. If, for example, you know of a conspiracy, even an historic conspiracy, it wasn’t successful, by definition. Successful conspiracies are unrevealed, and the claim of a successful ‘Christian conspiracy’ is unsupported. None of the co-conspirators ever changed their story about Jesus.