Were the Early Christians Really Persecuted? 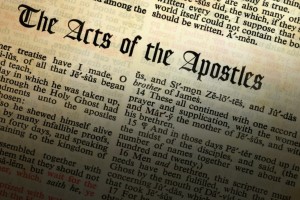 In Cold Case Christianity, I discuss the evidential value of the martyrdoms of the original eyewitnesses to the Resurrection of Jesus. When evaluating the reliability of these witnesses, their potential bias can be assessed on the basis of their willingness to die rather than recant their testimony. Many skeptics, however, doubt these martyrdoms occurred in the first place. The deaths of the Apostles are recorded by a variety of ancient authors; some of these accounts are, admittedly, more thorough and reliable than others. Critics of Christianity have accused early Christians of inventing these apostolic martyrdom stories. In fact, some skeptics have denied the systemic persecution of early Christians altogether in the first two centuries. Candida Moss, professor of New Testament and Early Christianity at the University of Notre Dame, has written a book, (The Myth of Persecution: How Early Christians Invented a Story of Martyrdom) challenging the early persecution of Christians (including the Apostles) prior to the 3rd Century. I think her task is daunting, however, given the impressive cumulative case demonstrating the dramatic mistreatment of the earliest Christians:

The Persecution of the Apostles Was Anticipated by the Gospel Authors
The New Testament Gospel authors (writing the earliest accounts of the life of Jesus and his followers) described the threat of persecution even while Jesus was alive. They documented Jesus’ repeated warnings to his followers related to persecution (i.e. Matthew 24:9, John 15:18-21, John 16:1-4, Luke 14: 25-33).

The Persecution of the Apostles Was Described by the Author of Acts
Luke described the immediate persecution of the disciples following the Ascension of Jesus in his Book of Acts (written in the 1st Century):

The believers were persecuted as a group (Acts 8:1),

Members were pulled from their homes and taken to prison (Acts 8:3),

In Jerusalem, Paul spoke openly and challenged the Hellenists. They, in turn, tried to kill him (Acts 9:28-30)

In Antioch, the Jewish leadership encouraged persecution against Paul and Barnabas, and eventually expelled them from the area (Acts 13:48-52)

In Iconium, both Jews and Gentiles attempted to stone Paul and Barnabas, forcing them to flee to Lystra (Acts 14:5-6)

The Jewish residents of Lystra convinced the citizenry to stone Paul as well. He nearly died from this stoning but was rescued by the disciples (Acts 19-20)

Paul and Silas were beaten openly and thrown into prison in Philippi (Acts 16:19-40)

In Berea, the Thessalonian Jewish believers incited the crowd and forced Paul to flee by sea (Acts 17:13-14)

Paul was eventually arrested in Caesarea and taken Governor Felix (Acts 24:1). He was ultimately taken to Rome where he was placed in house arrest under guard (Acts 28)

Clement of Rome (80-140 AD) confirmed Peter “endured not one but many labors, and thus having borne his testimony went to his appointed place of glory” (1 Clement 5:4). Clement also confirmed Paul “had been seven times in bonds, had been driven into exile, had been stoned” (1 Clement 5:5) and “when he had borne his testimony before the rulers, so he departed from the world and went unto the holy place, having been found a notable pattern of patient endurance” (1 Clement 5:6).  Clement also described “sudden and repeated calamities and reverses which are befalling us” (1 Clement 1:1).

Polycarp (110-140 AD) described the martyrdom of Paul “and the rest of the Apostles” in addition to the martyrdom of “Ignatius and Zosimus and Rufus” along with “others also who came from among yourselves” (Letter of Polycarp to the Philippians 9:1)

The Persecution of the Second Generation of Christians Was Described by Subsequent Authors
Followers of the Church Fathers wrote about the martyrdom of these early Church leaders, claiming they were following the examples of the Apostles.

Clement was banished from Rome by Emperor Trajan and forced to work in a stone quarry reportedly drowned as a martyr (c. 99AD)

Ignatius was reportedly martyred in the Roman Colosseum under Emperor Trajan (c. 117AD)

Polycarp was reportedly martyred (along with six others) by Antoninus Pius (c. 160AD). After refusing to recant his faith, he told his persecutors, “Eighty and six years have I served him, and he never did me wrong, how then can I blaspheme my king who hath saved me?”

Justin Martyr was prosecuted (together with his companions) by Junius Rusticus. Justin was ultimately beheaded as a martyr (c. 165AD)

The Persecution of 1st and 2nd Century Christians Was Described by Ancient Non-Christians
Early non-Christian sources confirm the persecution accounts of the early Church.

Tacitus described the persecution of Christians in Rome (c. 64-68AD) within 30 years of Jesus’ crucifixion. “Nero falsely accused and executed with the most exquisite punishments those people called Christians.”  According to Tacitus, some Christians “were seized who admitted their faith, and then, using the information they provided, a vast multitude were convicted, not so much for the crime of burning the city, but for hatred of the human race.” These early Christians were brutally executed, “and perishing they were additionally made into sports: they were killed by dogs by having the hides of beasts attached to them, or they were nailed to crosses or set aflame, and, when the daylight passed away, they were used as nighttime lamps.” (Annals)

Pliny the Younger (Governor of Pontus / Bithynia) confirmed the persecution of Christians in his letter to Emperor Trajan (c. 112AD).  He asked the Emperor “whether pardon is to be granted for repentance, or, if a man has once been a Christian, it does him no good to have ceased to be one; whether the name itself, even without offenses, or only the offenses associated with the name are to be punished.” Pliny told Trajan, “I interrogated these as to whether they were Christians; those who confessed I interrogated a second and a third time, threatening them with punishment; those who persisted I ordered executed.” Pliny excused those who rejected Christ and proved their allegiance to the Roman gods: “Those who denied that they were or had been Christians, when they invoked the gods in words dictated by me, offered prayer with incense and wine to your image, which I had ordered to be brought for this purpose together with statues of the gods, and moreover cursed Christ–none of which those who are really Christians, it is said, can be forced to do–these I thought should be discharged. Others named by the informer declared that they were Christians, but then denied it, asserting that they had been but had ceased to be, some three years before, others many years, some as much as twenty-five years. They all worshipped your image and the statues of the gods, and cursed Christ.” Trajan, in his response to Pliny, confirms the means by which early Christians could avoid persecution: “If they are denounced and proved guilty, they are to be punished, with this reservation, that whoever denies that he is a Christian and really proves it, that is, by worshiping our gods, even though he was under suspicion in the past, shall obtain pardon through repentance.”

Justin Martyr (100-164AD) described the continuous persecution of the Christian community in a letter to Emperor Augustus Caesar. He wrote, “You can kill us, but cannot do us any real harm” (The First Apology of Justin Martyr)

The evidence for the early persecution of Christians is robust, including the 1st Century Biblical record, the 1st and 2nd Century Christian non-Biblical record, and the accounts of ancient 1st and 2nd pagan historians and writers. Like any cumulative case, the strength of this evidence is compounded by the diversity of the sources. Is the early persecution of Christians simply a myth created by Christians to advance the cause of Christianity? Those who propose such a theory must account for the following:

The records of persecution originate over the entire course of Christian history, from New Testament era to the 2nd, 3rd and 4th generation of Christian believers

The records of persecution originate in geographically diverse locations

The records of persecution originate in culturally diverse Christian communities

The records of persecution were unopposed by ancient objectors

While skeptics in our day may deny the ancient Christian claims of martyrdom, the opponents of antiquity were silent. The Christian record remains the one unopposed, dominant voice from antiquity, describing the persecution of ancient Christians and identifying this persecution with their refusal to “[reject] Christ and [prove] their allegiance to the Roman gods.”