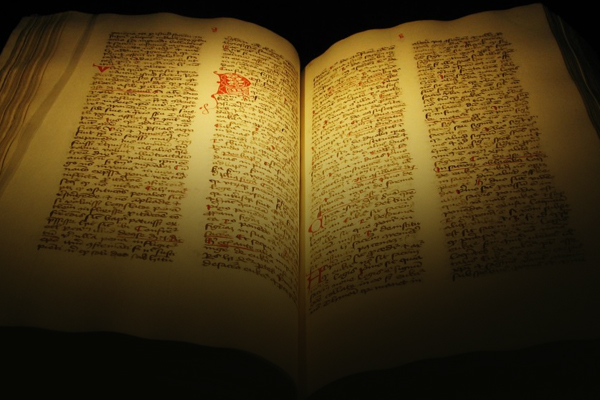 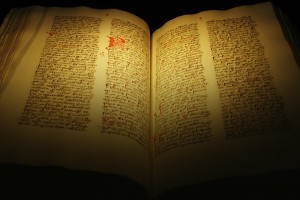 During an interview on Unbelievable? with Justin Brierley, I responded to the objections of two atheists who rejected the reliability of the Gospel accounts on the basis of apparent contradictions with Josephus’ record and a concern about-corroborative evidence. I’ve learned to employ a four-pronged template when assessing the reliability of a witness, and I took this approach when I first examined the Gospels as a skeptic (I was 35 years old before I became interested in the Gospel accounts). As I evaluated the Biblical text with these principles in mind, I became convinced they were a reliable record of the life, ministry, death and resurrection of Jesus. I understand, however, when others come to a different conclusion, and I think there are two reasons why someone might disagree about the most reasonable inference from the evidence. Before I address these two reasons, however, I want to ask you to imagine the existence of a historical account related to an ancient teacher. Imagine investigating this ancient record and discovering the following:

There are multiple accounts related to the life of this teacher. Several of these accounts date back to within the lifetimes of those who knew the teacher personally. These early records were accepted immediately as the true account of the life and teaching of this ancient “master”. Even those who are skeptical of the contents of these texts admit they are the earliest written record related to the ancient sage.

There are many internal and external pieces of evidence that corroborate the claims of these early records. They contain accurate “unintentional eyewitness support” between authors, accurate descriptions of ancient regional proper names, governmental functions, and little-known geographic locations, and they use the forms of ancient language we would expect. In addition to this, external evidential support for the claims of these texts is available in the archaeological record and in the testimony of ancient hostile writers. These early critics confirm the description of the teacher, even though they opposed his students and teaching.

The transmission record of the early accounts is robust and thorough. They were handled like few other ancient documents; they were copied, preserved and cherished by generations of disciples, resulting in over 24,000 fragments and complete manuscripts from antiquity. There are also ample ancient descriptions of these early accounts from disciples who were students of the first eyewitnesses. The writings of these students confirm the narrative described in the original texts. As a result, we can have certainty about the original content of the documents.

The original accounts were attested by people who cherished their testimony and were willing to die for the veracity of their claims. None of these eyewitnesses gained anything financially, relationally or sexually. None of them became powerful as a result of their claims. Instead, they often had to “scratch and claw” for respect, even within the context of their own communities. They were sometimes rejected by the people within this community, even as they were vigorously persecuted by those outside the group. They were beaten, starved and eventually killed for their testimony, yet none of them ever recanted.

If you were examining this ancient record fairly, I think you would find it to be reliable given the evidence related to early dating, evidential corroboration, accurate transmission and the lack of bias. There are very few ancient accounts that pass a test this rigorous, but the New Testament Gospels do. In fact, the second section of Cold Case Christianity provides a glimpse of how the evidence confirms the reliability of the gospel narratives. They pass the test, yet many still doubt their reliability. Why? I think there are two reasons:

Miraculous Details
First, the accounts include supernatural events. The ancient teacher, Jesus, performed miracles and was resurrected after his crucifixion and death. For many in the post-enlightenment era, the presence of miracles automatically disqualifies any ancient record as history and relegates it to the ranks of mythology. But stop and think about this for a minute. The writers of the Gospels were testifying about something they knew to be unusual: They were testifying about a man who was more than a teacher, He was a miracle worker who claimed to be God and rose from the dead to prove His claim. The witnesses knew their claims would be controversial and resisted. As we examine their testimony to determine whether or not we can trust them, we cannot begin by rejecting the very nature of their claim. Yes, we can be skeptical, but we cannot begin by rejecting supernaturalism before the witnesses even make a case for the supernatural.  We cannot start our investigation with our conclusions predetermined. We would never want to do that in a criminal investigation, and we should be similarly hesitant to begin with our conclusions when examining the gospels. Instead, let’s evaluate them for reliability and suspend our presuppositions until we hear what the witnesses have to say.

Moral Directives
The gospel accounts, for better or worse, are not merely descriptive, they are prescriptive as well. Jesus didn’t come to teach algebra or grammar; He came to teach us about our true condition as humans, our need for a Savior and the way back Home. He illuminated the dark nature of our souls and the truth about God and Himself. He called it like it was (and still is), and He didn’t pull many punches. He offended many who listened to his teaching in the 1st Century and He continues to offend listeners today. Sometimes the ugly truth is… ugly. The right way is seldom the easy way, and truth, by its very nature, is exclusive. The message of Jesus has been difficult to hear (and accept) for over two thousand years. Many who hear it today quickly equate the claims of Christianity with moral directives they seek to reject at any cost. Don’t be surprised, then, when people reject the prescriptive Gospels as unreliable, even though they accept other ancient descriptive accounts far less attested or corroborated.