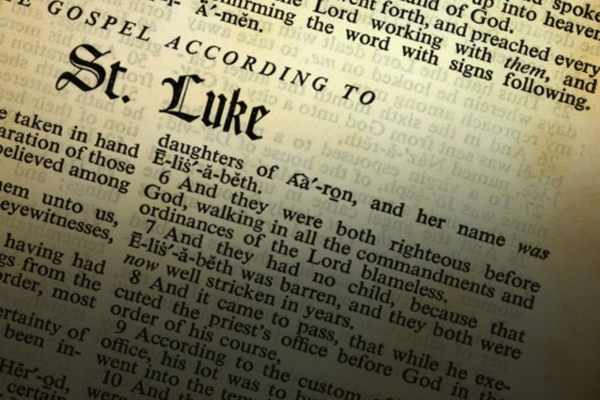 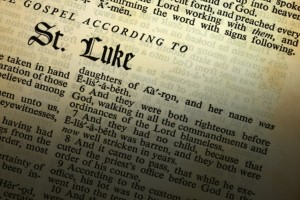 In an interview on Unbelievable? with Justin Brierley, I had the opportunity to speak with a skeptic who cited Luke’s description of Quirinius (Luke 2:1–3) as a historical contradiction. Luke wrote that Joseph and Mary returned to Bethlehem for a census and “this was the first census taken while Quirinius was governor of Syria.” The Jewish historian, Josephus, confirmed the existence of this governor, but placed Quirinius’ ruling term from AD 5 to AD 6. This period of time is too late, however, as Matthew wrote that Jesus was born during the reign of Herod the Great (who according to Josephus, died nine years prior to the governorship of Quirinius). The authority of Josephus seems to be at odds with the accuracy of the Gospel writers, and like the account related to the execution of John the Baptist, we are left to decide which account is accurate (and which is not). Once again, it’s time to apply the overarching principles of witness reliability:

Principle One: Make Sure the Witnesses Were Present in the First Place
Both Luke and Josephus are historians relying on the observations and testimony of others (See Luke’s introduction in Luke 1:1-4), but Luke (writing in the late 50’s AD) has access to witnesses and sources far closer to the event than does Josephus (writing in the late 70’s AD and in the early 90’s AD). There is good reason to believe Luke is relying heavily on the testimony of Mark and Peter, and Mark’s Gospel is the earliest narrative of these events (written within 20 years of John’s execution); the case for the early dating of Luke’s text is cumulative and compelling. Luke’s account was, therefore, available to the early Christian and non-Christian observers of the life of Jesus. Interestingly, archaeological discoveries in the nineteenth century seem to confirm Quirinius (or someone with the same name) was also proconsul of Syria and Cilicia from 11 BC to the death of Herod. Quirinius’s name has been discovered on a coin from this period of time (as cited by John McRay in Archaeology and the New Testament), and on the base of a statue erected in Pisidian Antioch (as cited by Sir William Ramsay, The Bearing of Recent Discovery on the Trustworthiness of the New Testament). Quirinius may actually have ruled Syria during two separate periods and have taken two separate censuses. This is consistent with Luke’s account. In Luke 2:2, Luke refers to the “first census taken while Quirinius was governor of Syria” (describing Quirinius’ rule as the governor’s procurator), and in Acts 5:37, Luke describes a second census taken most likely between 6-7AD (as described by Josephus) when Quirinius was the formal governor of the region. Both Josephus and Luke link this second census to an uprising under Judas of Galilee. Only Luke’s sources were present during the actual events; as a result, Luke’s description of two separate censuses is reasonable.

Principle Two: Try to Find Some Corroboration for the Claims of the Witnesses
Historical accounts (like accounts from cold-case homicide witnesses) can be verified in a variety of ways. Sometimes we use physical evidence external to the account (like archaeological discoveries) and sometimes we use the testimony of other witnesses. While early skeptics of Luke’s account in the Book of Acts argued Luke to be unreliable (given he was the only ancient source for many of the events he described), archaeological discoveries quickly exonerated Luke as a historian. Luke accurately described a number of ancient people and locations (i.e. Lysanias, Pontius Pilate, Sergius Paulus, Gallio, Iconium and the Politarchs). In addition, Luke included a correct description of two ways to gain Roman citizenship (Acts 22:28), an accurate explanation of provincial penal procedure (Acts 24:1-9), a true depiction of invoking one’s roman citizenship, including the legal formula, de quibus cognoscere volebam (Acts 25:18), and an accurate account of being in Roman custody and the conditions of being imprisoned at one’s own expense (Acts 28:16 and Acts 28:30-31). Archaeologist and former Lukan skeptic, Sir William Ramsey investigated the archaeological discoveries relevant to Luke’s account and wrote, “(There are) reasons for placing the author of Acts among the historians of the first rank” (from St. Paul the Traveller and the Roman Citizen).

Principle Three: Examine the Consistency and Accuracy of the Witnesses
Accuracy and consistency are additional important aspects of eyewitness reliability. If we’re going to use Josephus’ record to discredit Luke, we need to at least be fair about assessing Josephus’ methodology and accuracy. For many years, the “post-enlightenment” academic consensus related to Luke and Josephus favored Josephus’ version of events, but recent scholarship, focusing solely on the textual criticism of Josephus, has challenged the consensus. Theodor Zahn, W. Lodder, Friedrich Spitta, W. Weber and more recently, D. R. Schwartz and John H. Rhoads have highlighted specific detrimental practices employed by Josephus. These scholars have noted Josephus’ susceptibility to “mistaken duplications” and to reporting simultaneous events from different sources “as if they happened at different times” (Rhoads). In addition, Josephus’ accounts are sometimes less focused on chronological beginnings or endings than they are on narrative “usefulness”. Josephus was not consistent nor completely accurate in his historical record. While many supporters of the Josephan account will at least admit Josephus was susceptible to numerical error and mistaken dating, they insist Josephus did not err with the date of Quirinius’ census. To make matters worse, the earliest copy of any of Josephus’ work is separated from the original authorship by 1100 years; we can’t even be sure we have an accurate version of what Josephus originally wrote.

Principle Four: Examine the Presence of Bias on the Part of the Witnesses
Skeptics often claim we can’t trust the gospel authors because they were Christians and presented Jesus in a unfairly favorable manner. I’ve written about this in Cold Case Christianity and demonstrated the difference between a presuppositional bias and a conviction based on observation, but even if Luke was biased in some way, what advantage does his dating of the census give his account? Luke’s version of events was written much earlier than that of Josephus; an inaccuracy in Luke’s birth narrative would not serve his purpose in providing Theophilus and accurate and “orderly account,” but would instead expose Luke as a liar. The birth narrative was clearly present in the earliest versions of Matthew and Luke’s gospels, as the birth and infancy details are referenced by the first students of the Apostles, including Ignatius, Polycarp and Clement. Scholars have observed that Josephus was not without bias of his own. As a patron of the emperor (Vespasian), Josephus often displays a pro-Roman partiality (even though he claims to be resisting such bias).