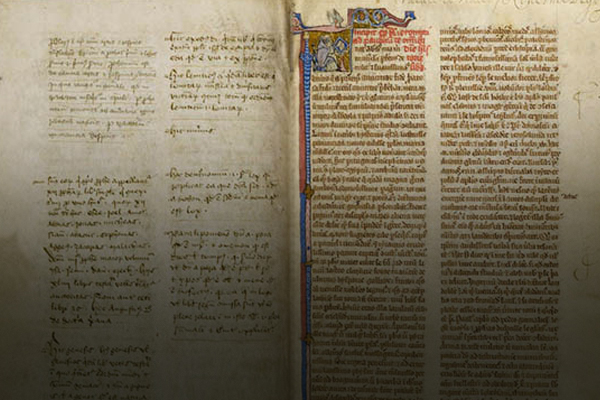 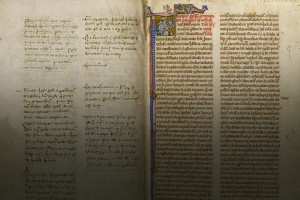 Not long ago, Daniel Wallace (no relationship to me, except that all us Wallace’s claim to descend from William) posted some great news about an early fragment of the Book of Romans that was recently discovered. This fragment dates to the early third century which puts it in rare company. It contains Romans 9:18–21 and small portions of Romans 10.

I had the great pleasure of visiting with Dan Wallace at an event where we got the chance to examine a number of very ancient manuscript fragments. Some of these were Biblical fragments; some of these were non-Biblical ancient documents. We were the first people to examine the documents in nearly two thousand years. By the end of the day it was clear to me that there are literally thousands of fragments of ancient texts still out there to be discovered and examined. We have only touched the tip of the iceberg and as our ability to find and examine these fragments continues to improve, we’ll surely discover much more evidence that the New Testament was written very early and transmitted faithfully.

In fact, this is the focus of my book, Cold Case Christianity. I’ve been studying this issue from the perspective of a detective for some time now and I’ve written about the evidence for early dating and about the reliable transmission of the documents at ColdCaseChristianity.com.  If the New Testament eyewitness accounts were written as early as the evidence infers, many of the objections of skeptics are impotent. Early manuscripts mean that the original witnesses to the life of Jesus were (1) available to write the documents we now have, and (2) early observers of Jesus’ life would have been available to deny the testimony of the gospel authors. The continuing discovery of early fragments of New Testament documents corroborates this early dating.

When visiting with Dan Wallace, Greg Koukl and I asked him about the skepticism on the part of people like Bart Ehrman related to early dating. We asked Wallace if there was some specific manuscript evidence that inclined people to deny the early dating of the Gospel accounts. Wallace said there was no such evidence. We then asked why people continued to deny the early dating if, in fact, we were continuing to find early fragments and there was no contrary manuscript evidence. It turns out that the late dating of the gospels is due primarily to a denial of supernaturalism.

One of the primary reasons why skeptics date the gospels later than 70AD is the fact that Jesus predicted the destruction of the Temple in the gospel accounts (i.e. Matthew 23). Secular history records that the Temple was destroyed in 70AD, fulfilling this alleged prediction by Jesus. In order to avoid the accurate prophesy from Jesus, skeptics argue that the gospel must have been written after the temple was destroyed. After all, how could Jesus possess the supernatural power of prophecy if nothing supernatural exists? The philosophical naturalism of the secular historian prevents him from accepting the possibility of accurate prophecy.

The gospels also contain many descriptions of miracles. The philosophical naturalist must also deny the truthfulness of these supernatural accounts. Skeptics, therefore, date the gospel accounts very late, arguing that eyewitnesses to these events were already dead and unavailable to deny the claims. It turns out that the presupposition of philosophical naturalism is at work in the minds of those who would deny the early dating of the gospels. When this presuppositional bias is removed, the remaining evidence confirms that the gospels were written in the lifetimes of the eyewitnesses. 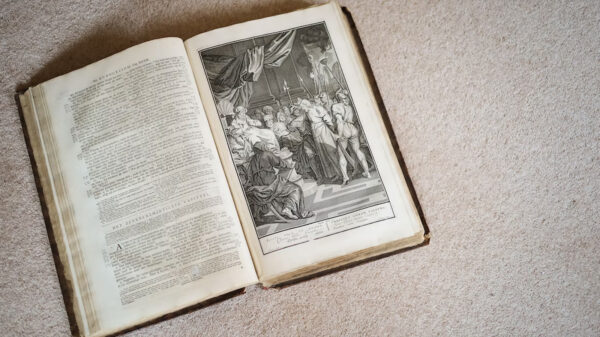 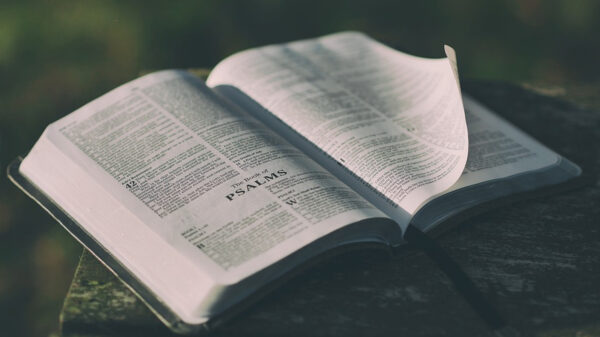 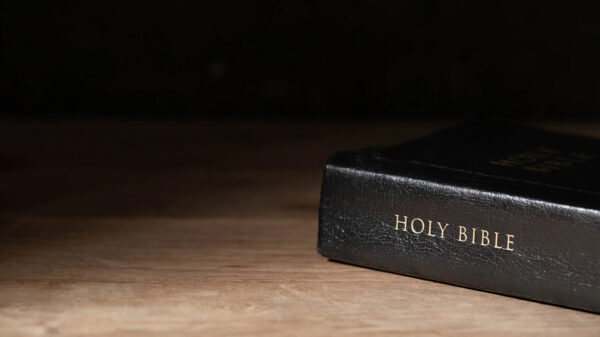