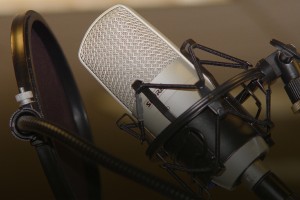 OK, I’ll admit it: I had no idea how popular Top Ten Lists were until I posted the Top Ten Cold Case Christianity Articles of 2013 last week. Your response was impressive, and many of you thanked me for highlighting a few posts you missed along the way. So, in the end-of-the-year spirit of top ten lists, I’ve decided to post the ten most popular podcasts as well. Let me first thank all of you for the increase we’ve experienced in our listening audience. We’ve been posting a weekly podcast for over six years, but after publishing Cold-Case Christianity (and eventually changing the podcast name to the title of the book), we experienced a 30% jump in the number of weekly downloads. Thanks again to all of you who are now listening on a regular basis. Here, then, are the top ten podcasts from 2013:

#10 – The Transcendent Grounding of Meaning and Purpose
In this podcast, J. Warner explores the uniform human desire to find meaning and purpose in life. Can atheism provide us with sufficient “grounding” for the meaning of life? Is purpose and meaning merely a matter of subjective opinion? Jim also answers listener email related to the virgin conception of Jesus.

#9 – Les Misérables and the Death Grip of Works-Based Worldviews
In this podcast, J. Warner examines the contrast between “grace” and “law” as illustrated in Les Misérables. Jim also talks about the dating of John’s gospel and the absence of a description of the Temple Destruction, the value of the courtroom as an analogy for determining truth, the Biblical definition of “Faith” and the problem of “Theistic Evil”.

#8 – Moral Absolutes and the Importance of an Evidential Response
In this podcast, J. Warner discusses the self-evident nature of transcendent, objective moral truth and answers a common objection to their existence. Jim also discusses his recent talks at Hume Lake and reviews a New York Times article describing the growing request for evidence among Mormon believers.

#7 – Observations from the Bible Belt
J. Warner was at the reThink Conference this weekend, so we posted this rebroadcast from 2008. Jim makes a few observations about the state of Christianity in the Bible Belt based on his own personal experience with family in that area.

#5 – Are You Properly Motivated as a Christian Case Maker?
In this podcast, Jim examines five motivations that typically drive people to make a case for Christianity. What is driving you, and how does your motivation shape your message? Jim also examines the two most commonly misinterpreted verses that impact Christian Case Making.

#4 – The Inevitable Consequence of An Atheistic Worldview
In this podcast, J. Warner reads an honest (if not politically correct) comment from an atheist describing the consequence of a consistent atheistic worldview. Jim also answers listener email related to responding emotionally as a Christian, the early dating of Matthew’s Gospel, and the apologetic opportunities available within the Common Core State Standards for education.

#3 – Is Theistic Evolution a Contradiction in Terms?
In this podcast, Jim examines the nature of terms related to evolution and creationism and discusses the dilemma created by trying to integrate guided with unguided processes. Jim also talks about the limits of a physical, materialistic worldview when trying to account for moral culpability and answers listener email related to the Feeding of Five Thousand.

#2 – Treating the Gospel Like a Cookie Rather Than a Cure
In this podcast, Jim discusses the danger of treating the Gospel as a matter of subjective opinion rather than a matter of objective truth. Jim also describes some of the challenges that accompany the Christian life and importance of living a life that reflects the truth. He also defines the difference between “proactive” and “reactive” Christian case making and answers listener email.

There you have it; the most popular podcasts of the past year. If you are already subscribed to our daily email, you get these in your in-box every Saturday afternoon. If you aren’t subscribed via email, you can subscribe to the Cold-Case Christianity Weekly Podcast on iTunes, or add the podcast from our RSS Feed. Thanks for the opportunity to interact on some of the most important issues facing Christianity. We truly appreciate your listenership!

Christian Apologetics Cold Case Christianity J. Warner Wallace 2013-12-30
+J. Warner
Previous The Inevitable Consequence of An Atheistic Worldview (Podcast)
Next A Free Bible Insert to Say Thanks for a Great 2013!