The Salvation Equation: The Simple Relationship Between Faith and Works 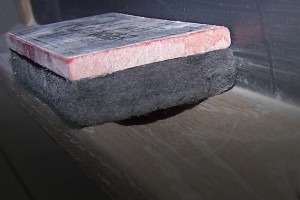 I’ve taken many missions trips to the great state of Utah. Our high school and adult teams have had the opportunity to talk with LDS and Christian believers about the nature of salvation. Many of our conversations centered on the relationship between faith and works. Christianity is unique from Mormonism in its characterization of salvation as the free gift of God. Salvation is repeatedly described as a gift, something other than our own merited work:

Ephesians 2:8-9
For it is by grace you have been saved, through faith – and this not from yourselves, it is the gift of God – not by works, so that no one can boast.

This concept of grace is missing in Mormonism (as it has been classically described by LDS prophets and Mormon scripture). In fact, many of the Mormon believers we talked with described Christians as people who consistently take advantage of “cheap grace”. One member of the LDS church told us, “Christians say a prayer, get ‘saved’ and then run out and live like hell. They don’t think it’s important to obey the commandments.” At times, in an effort to emphasis the free nature of salvation, many Christians minimize the importance of good works in the Christian life. We sometimes neglect to tell our LDS friends that a grateful life, surrendered in response to what Christ has done for us, does actually result in a life of good works. The passage in Ephesians provides us with an important equation that can help us make this distinction. If you divide this verse in the middle, you’ll find faith and salvation on one side of the verse and works on the other:

For it is by grace you have been saved, through faith | not by works, so that no one can boast.

This verse in Ephesians provides us with a simple equation that can help us remember a life transformed by the saving grace of God produces good works, even though good works are not what save us:

The question is not whether someone performs good works, but why someone performs good works. Both Christian and non-Christian believers have a place for good works in their respective equations. Works are not missing from the Christian calculation. But for us, good works are the result of our gratitude for (and recognition of) what God has done. When we realize that our own efforts are utterly impotent, we begin to understand the gift that God has given us. When we understand what God has done for us, we can’t help but be humbled and grateful. A grateful life, ever reflective of the depth of God’s kindness, results in a surrendered response. We can’t help but want to live differently.

When I first understood the gift I had been given, the people I worked with began to notice something had changed. I was still afraid to tell them about my radical conversion, but it was quickly obvious. I was different. I wasn’t full of the same sarcasm and anger. I wasn’t as vulgar. I wasn’t as cynical. If each of my coworkers had been given a calendar, they could have estimated the day of my conversion based on the obvious change in my behavior. Good works appeared in their proper place in my life as a new Christian: On the right side of the Christian equation. They were not the means by which I was saved, but simply the evidence I had gratefully received God’s free gift of salvation.

Good works must appear on the right side of the Christian equation. They are not the means by which we are saved, but simply the evidence we have gratefully received God’s free gift of salvation. Click To Tweet

Faith Faith And Works Good Works grace salvation Sola Fide 2017-01-25
+J. Warner
Previous What Do You Say to People Who Don’t Understand the Importance of Christian Case Making? (Video)
Next Was Jesus Worshiped As God, and Did He Accept This Worship? (Podcast)