How Open-Mindedness Opens the Door to the Gospel

J. Warner May 8, 2015 Christian Case Making, Evangelism, Writings Comments Off on How Open-Mindedness Opens the Door to the Gospel 3,506 Views 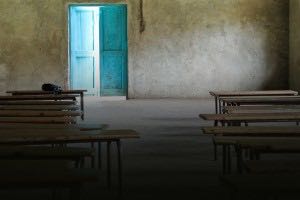 In my last blog post, I talked about the importance of jury selection in any criminal trial. The secret of our success in cold case investigations and prosecutions has been simple: the majority of criminal (and civil) cases are won or lost well before the opening statements or closing arguments. Most cases are decided at jury selection. As the case agent and investigating detective in many high profile criminal trials, I’ve learned to look for three things in every juror, and these are the same attributes I seek in those with whom I share the case for Christianity: I’m looking for people who are passionate about the issues, open to hearing the case and humble enough not to let their ego get in the way. Today I want to talk about the importance of open-mindedness in criminal trials and in making the case for what you believe as a Christian.

Open-Minded Jurors
We ask jurors if they can be fair when making a decision, even though we know they have opinions and potentially dangerous biases. As humans, all of us are profoundly affected by our experiences and personal histories. Some jurors, for example, have law enforcement members or prosecutors in their family; some have family members who have been arrested. When these relationships come to light during the jury selection process, we ask jurors if they will be able to make a fair decision based purely on the evidence presented, in spite of the fact they may have had some past experience with law enforcement (either positive or negative). My son, for example, became a juror (and even served as the foreman) in spite of the fact his father and grandfather were detectives and his best family friend was a criminal prosecutor. Some people are able to put their feelings aside and some are not. If you can’t remain open-minded, you won’t be able to serve on a jury. Everyone has an opinion and a set of experiences. I want jurors who are capable of examining the evidence fairly, regardless of their relationships and past histories. I’m looking for open-minded jurors.

As a Christian case maker, I want to be as effective as possible but I know there are people who have deeply entrenched biases they are unwilling (or presently unable) to resist. They simply cannot be fair. It would be unwise to place someone like this on a criminal jury, and it may be equally unwise to set your sights on someone like this as the focus of your Christian case making. Don’t get me wrong, I still find myself sharing the truth with loved ones who are hostile toward Christianity. After all, when you care for someone it’s hard to resist the temptation to do whatever you can to reach them with the truth. But given my experience with jurors, I am far more realistic now in my expectations. I still look for opportunities, but I know when enough is enough. As Jesus told his disciples in the Gospel of Matthew (Chapter 7, verse 6), “Do not give what is holy to dogs, and do not throw your pearls before swine, or they will trample them under their feet, and turn and tear you to pieces.” I try to identify people who are capable of examining the evidence fairly, regardless of their relationships and past histories. I’m looking for open-minded jurors.

If you’re like me, you’ve probably encountered your fair share of people who are hostile toward Christianity. Unlike apathetic jurors, people who are unwilling to evaluate our claims fairly have often had a bad experience with Christianity (or, more likely, with Christians). When I encounter people like this, I recognize my responsibility as yet another Christian in their midst. Am I contributing to a negative perception? I don’t want to be yet another reason they dislike Christians. But more importantly, I’ve come to understand the power of prayer in situations like this. Only after God removed my enmity was I ready to hear what anyone had to say about Him. Once I became a Christian, several of my Christian friends and co-workers told me they had been praying for me for years. Whenever I become frustrated with people who are unreceptive to Christianity, I ask myself, “When was the last time I prayed for this person and asked God to remove this hostility?” I’ve learned to pray, watch for God’s activity, and play my role as a good case maker.

The best jurors are passionate, open-minded, and humble, and it’s important to understand these characteristics if we hope to have an impact as Christian Case Makers. If you’ve spent time thinking through the evidence and you think you are prepared to make a case for what you believe as a Christian, take an equally conscientious approach to the selection of your potential jury. Remember, most cases are decided at jury selection. If you spend a little more time choosing your audience, you’ll be far more likely to reach your audience.

If you’ve spent time thinking through the evidence and you think you are prepared to make a case for what you believe as a Christian, take an equally conscientious approach to the selection of your potential jury. Click To Tweet

Apologetics Christian Case Making Evangelism Evidence for Christianity making the case for Christianity salvation why doesn’t everyone believe? 2015-05-08
+J. Warner
Previous What Every Christian Needs to Know About Conspiracy Theories (Cold-Case Christianity Broadcast #29)
Next How Humility Helps Us Hear the Gospel

If you’ve ever been in a criminal trial, or seen one dramatized in a movie …