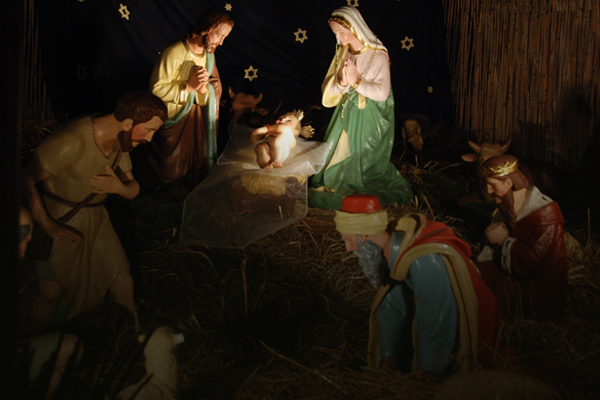 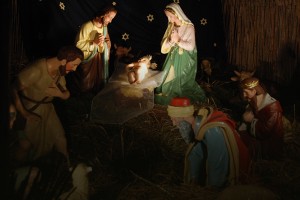 As Christmas gift exchanges approach, the gift of Jesus is easily obscured. But gifted prophets predicted the birth of the Messiah, and these prophesies, like other Old Testament prophecies, testify to the Divine nature of the Bible. The New Testament contains two different types of prophetic declarations: the prophecies uttered by Jesus and the prophecies fulfilled by Jesus. Old Testament prophets declared the coming of a Savior (a Messiah who would save the Jewish people and the entire world from their sin). Here is a brief summary of the prophecies predicting the gift of Jesus:

The Messiah Would Come from the Tribe of Judah
Jacob made this prophetic prediction around 1400 BC.

Genesis 49:10
The scepter will not depart from Judah, nor the ruler’s staff from between his feet, until he comes to whom it belongs and the obedience of the nations is his.

Christians believe Jesus will establish an everlasting kingdom in the future. His ancestry is traced back to Jacob’s son, Judah, in Luke 3:23-34 and in Matthew 1:1-16.

The Messiah Will Appear After the Jews Return to Israel
Jeremiah uttered this prophecy between 626 BC and 586 BC. It was first fulfilled in Jesus’ earthly ministry and will be fulfilled again in the end times.

Jeremiah 23:3-6
‘I myself will gather the remnant of my flock out of all the countries where I have driven them and will bring them back to their pasture, where they will be fruitful and increase in number. I will place shepherds over them who will tend them, and they will no longer be afraid or terrified, nor will any be missing,’ declares the LORD. ‘The days are coming,’ declares the LORD, ‘when I will raise up to David a righteous Branch, a King who will reign wisely and do what is just and right in the land. In his days Judah will be saved and Israel will live in safety. This is the name by which he will be called: The LORD Our Righteousness.”

The Messiah Would Be Born in Bethlehem
The prophet Micah predicted this between 750 BC and 686 BC.

Micah 5:2
‘But you, Bethlehem Ephrathah, though you are small among the clans of Judah, out of you will come for me one who will be ruler over Israel, whose origins are from of old, from ancient times.’

The Messiah Would Be Preceded By a Messenger
Isaiah predicted there would be a messenger who would precede the Messiah and proclaim His coming. Isaiah made the prophecy between 701 BC and 681 BC.

Isaiah 40:3
A voice of one calling: ‘In the desert prepare the way for the LORD ; make straight in the wilderness a highway for our God.”

Christians believe this passage foreshadowed the life of John the Baptist who played an important role in preparing the groundwork for the ministry of Jesus Christ.

The Messiah Would Enter Jerusalem While Riding on a Donkey
Zechariah made this unusual prediction between 520 BC and 518 BC.

Zechariah 9:9
Rejoice greatly, O Daughter of Zion! Shout, Daughter of Jerusalem! See, your king comes to you, righteous and having salvation, gentle and riding on a donkey, on a colt, the foal of a donkey.

As recorded in Luke 19:35-37, Jesus rode into Jerusalem on a donkey and presented Himself as the Messiah, the King.

The Messiah Would Suffer and Be Rejected
Isaiah made this prediction as well, between 701 BC and 681 BC.

Isaiah 53:3
He was despised and rejected by men, a man of sorrows, and familiar with suffering. Like one from whom men hide their faces he was despised, and we esteemed him not.

Some scholars claim Isaiah was referring to Israel as a nation in this passage rather than the Messiah. But, many important, historic Rabbis believed this passage was indeed about the Messiah. Rabbi Moshe Alshekh, one of the great seventeenth-century expositors from Safed, Israel, said ‘Our Rabbis with one voice accept and affirm the opinion that the prophet is speaking of the King Messiah, and we shall ourselves also adhere to the same view.”

The Messiah Would Be Betrayed for 30 Pieces of Silver
Zechariah predicted the betrayal of Jesus when he wrote this prophecy between 520 BC and 518 BC.

As recorded in Matthew 26:15, Judas was paid 30 silver coins for his betrayal of Jesus. Judas later tossed the money into the Temple (the house of the Lord) and the money was used to buy a potter’s field as a burial place for foreigners.

The Messiah Would Be Silent Before His Accusers
Isaiah predicted this between 701 BC and 681 BC.

In the book of Isaiah, chapter 53, Isaiah wrote about a “servant of God”. As recorded in Matthew 27:12-14, Jesus was falsely accused but remained silent and did not protest the accusations. Jesus was crucified by the Romans a short time later.

The Messiah Would Be Wounded, Whipped and Crucified
This sad truth about the Messiah was prophesied by Isaiah between 701 BC and 681 BC.

Isaiah 53:5
But he was pierced for our transgressions, he was crushed for our iniquities; the punishment that brought us peace was upon him, and by his wounds we are healed.

Jesus was crucified for our sins, even though He was sinless. This ultimate sacrifice redeemed us all from sin in the same way lambs were once sacrificed as a symbol. As a result, all of us can be accepted into the Kingdom of God as though we were sinless, if we accept Jesus as our Savior.

The Messiah Would Suffer at the Crucifixion
The Psalmist, King David wrote Psalm 22 and repeatedly predicted the events on the cross that would happen centuries later. Here are a few examples:

Psalm 22:1
My God, my God, why have you forsaken me? Why are you so far from saving me, so far from the words of my groaning?

Psalm 22:7
All who see me mock me; they hurl insults, shaking their heads:

Psalm 22:8
‘He trusts in the LORD ; let the LORD rescue him. Let him deliver him, since he delights in him.’

Psalm 22:16
Dogs have surrounded me; a band of evil men has encircled me, they have pierced my hands and my feet.

Psalm 22:17
I can count all my bones; people stare and gloat over me.

Psalm 22:18
They divide my garments among them and cast lots for my clothing.

Why did Jesus, while dying on the cross, say ‘My God, my God, why have you forsaken me?’ Those words are actually the first line of Psalm 22, which according to Jewish tradition was written by King David about 1,000 years before Jesus was crucified. There are many parallels between the details in Psalm 22 and the manner in which Jesus died.

The Messiah Would Be Crucified With Criminals
Isaiah also proclaimed this prophecy between 701 BC and 681 BC regarding the specific circumstances of the crucifixion of the Messiah.

Isaiah 53:12
Therefore I will give him a portion among the great, and he will divide the spoils with the strong, because he poured out his life unto death, and was numbered with the transgressors. For he bore the sin of many, and made intercession for the transgressors.

As recorded in the book of Matthew, Jesus, though sinless, was “numbered with the transgressors” and crucified beside two criminals.

The Messiah Would Be Buried in a Rich Man’s Tomb
In yet another prophecy of Isaiah, made between 701 BC and 681 BC, the prophet predicted the burial of the Messiah.

Isaiah 53:9
He was assigned a grave with the wicked, and with the rich in his death, though he had done no violence, nor was any deceit in his mouth.

Seven hundred years after this was written, Jesus was killed with two criminals and buried in a tomb owned by a wealthy man. Jesus was resurrected three days later and eventually ascended into Heaven. The gift of Jesus' birth, life, and death were predicted by the Old Testament prophets and documented by the New Testament authors. Click To Tweet

As we approach Christmas Day, the impact of Jesus’ gift is sometimes lost in the clutter of the cultural holiday.  It’s a great time to revisit the manner in which Jesus fulfilled Old Testament prophecy. The gift of His birth, life, and death were predicted by the Old Testament prophets and documented by the New Testament authors. This fulfilled prophecy is further evidence of the Divine nature of the New Testament.