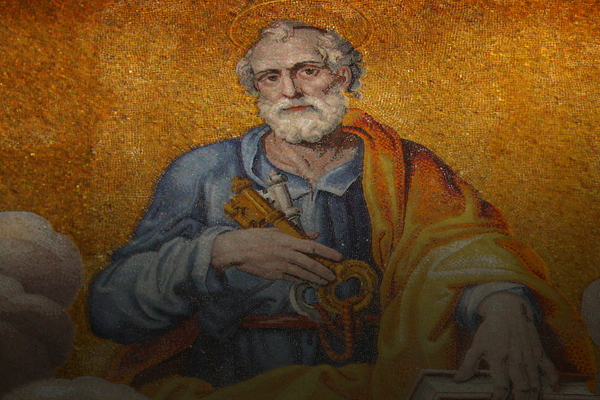 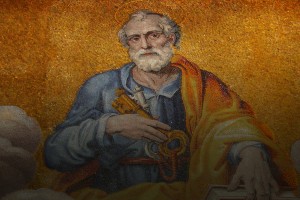 Eyewitness Authority Is Inherent to the Gospels
The Gospel accounts are written as historical narratives. The life of Jesus is intertwined with historical events locating it geographically and historically. The Gospels repeatedly affirmed their own historical, eyewitness nature, mentioning key figures who served to validate the history of Jesus as eyewitnesses:

John 1:6-7
There came a man sent from God, whose name was John. He came as a witness, to testify about the Light, so that all might believe through him.

Eyewitness Authority Was Commissioned by Jesus
Jesus understood the eyewitness status of the Apostles. In fact, he commissioned them to grow the Kingdom on the basis of their eyewitness observations:

Luke 24:44-49
Now He said to them, “These are My words which I spoke to you while I was still with you, that all things which are written about Me in the Law of Moses and the Prophets and the Psalms must be fulfilled.” Then He opened their minds to understand the Scriptures, and He said to them, “Thus it is written, that the Christ would suffer and rise again from the dead the third day, and that repentance for forgiveness of sins would be proclaimed in His name to all the nations, beginning from Jerusalem. You are witnesses of these things. And behold, I am sending forth the promise of My Father upon you; but you are to stay in the city until you are clothed with power from on high.”

Acts 1:6-8
So when they had come together, they were asking Him, saying, “Lord, is it at this time You are restoring the kingdom to Israel?” He said to them, “It is not for you to know times or epochs which the Father has fixed by His own authority; but you will receive power when the Holy Spirit has come upon you; and you shall be My witnesses both in Jerusalem, and in all Judea and Samaria, and even to the remotest part of the earth.”

Eyewitness Authority Was Confirmed By the First Believers
The early believers and Church Fathers accepted the Gospel accounts as eyewitness documents. In fact, many Church fathers wrote about the Gospels. Papias, when describing the authorship of the Gospel of Mark, said, “Mark, having become the interpreter of Peter, wrote down accurately, though not indeed in order, whatsoever he remembered of the things said or done by Christ.” In addition, Papias, Ireneaus, Origen and Jerome affirmed the authorship of Matthew’s Gospel by the tax collector described in the account, written for the Hebrews in his native dialect and translated as he was able.

Eyewitness Authority Was Foundational to the Growth of the Church
It really shouldn’t surprise us that the authority of the Gospels was grounded in their eyewitness status. The eyewitness authority of the Apostles was key to the expansion of the early Church. The apostles were unified in the manner in which they proclaimed Christ. They repeatedly identified themselves, first and foremost, as eyewitnesses:

Acts 3:15
“You killed the author of life, but God raised him from the dead. We are witnesses of this.”

Acts 4:20
“For we cannot help speaking about what we have seen and heard”

Acts 4:33
With great power the apostles continued to testify to the resurrection of the Lord Jesus, and much grace was upon them all.

Acts 10:39-42
“We are witnesses of everything he (Jesus) did in the country of the Jews and in Jerusalem. They killed him by hanging him on a tree, but God raised him from the dead on the third day and caused him to be seen. He was not seen by all the people, but by witnesses whom God had already chosen – by us who ate and drank with him after he rose from the dead. He commanded us to preach to the people and testify that he is the one whom God appointed as judge of the living and the dead.”

Eyewitness Authority Was Used to Validate New Testament Writings
Even Paul understood the importance of eyewitness authority. He continually referred to his own encounter with Jesus to establish the authenticity of his office and writings. Paul also directed his readers to other eyewitnesses who could corroborate his claims:

1 Corinthians 15:3-8
For I delivered to you as of first importance what I also received, that Christ died for our sins according to the Scriptures, and that He was buried, and that He was raised on the third day according to the Scriptures, and that He appeared to Cephas, then to the twelve. After that He appeared to more than five hundred brethren at one time, most of whom remain until now, but some have fallen asleep; then He appeared to James, then to all the apostles; and last of all, as to one untimely born, He appeared to me also. The Gospels were written as eyewitness accounts within the long and rich evidential tradition of the early Christian community. Click To Tweet

The Gospels were written as eyewitness accounts within the long and rich evidential tradition of the early Christian community. The early Church placed a high value on the evidence provided by Jesus and the authority of the apostles as eyewitnesses. The Gospels were accepted and affirmed due largely to their status as eyewitness accounts. This authority was inherent to the Gospels, commissioned by Jesus, affirmed by the Gospel authors, confirmed by the first believers, foundational to the growth of the Church and used to validate the New Testament canon.