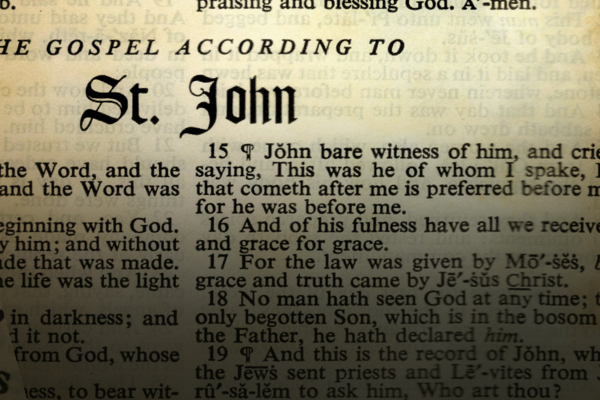 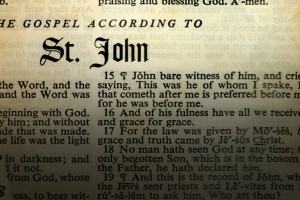 I am confident the Gospels were written early and were not corrupted or altered over time. As a new investigator of the claims of Christianity, I examined the case for early dating and became convinced the Gospels were written within the generation of the eyewitnesses. But how do we know whether or not the early accounts were corrupted over the years? One way to test the content of the Gospels as they were passed down from generation to generation is to simply compare what was written about the Gospels by those who had direct contact with the eyewitnesses. I’ve written about the New Testament Chain of Custody in Cold-Case Christianity; when testing the validity of a piece of evidence in a particular case, we need to establish who handled the evidence from the time it was first collected to the time it is presented in trial. When it comes to the Gospel eyewitness accounts, we must examine what the students of the Gospel authors said about the text, then what their students said, then what the next generation said, and continue this examination down through history, comparing the statements and quotes to determine if the message of Scripture has changed. Today, I’ll provide an example with the Chain of Custody from the Apostle John (additional “chains” can be found in Cold-Case Christianity).

John (6-100AD) was the youngest of Jesus’ disciples. He was the son of Zebedee and Salome and the brother of James. While a young man, John witnessed the life of Jesus and saw firsthand many of the amazing miracles Jesus performed. John also witnessed the Resurrection. John wrote his Gospel as an eyewitness account, accurately reflecting the truth related to what he observed as a disciple of Jesus. This Gospel is a critical piece of evidence from the “crime scene” and John taught three important students and passed his Gospel into their trusted hands. These three men (Ignatius, Papias and Polycarp) became important early Church leaders in their own right and wrote about what they learned from John.

John Taught Ignatius, Papias and Polycarp
Ignatius (35-117AD) also called himself “Theophorus” (which means “God Bearer”). Church tradition describes Ignatius as one of the children that Jesus blessed in the Gospel accounts. Ignatius was a student of John and eventually became Bishop at Antioch, (Turkey), following the Apostle Peter. He wrote several important letters to the early Church and seven of them survive to this day. These letters are important because they demonstrate the New Testament documents were already written and familiar to the early Christians. Ignatius quoted or alluded to many New Testament books (including Matthew, John and Luke, and several, if not all, of Paul’s letters). Ignatius provides us with a link in the Chain of Custody related to the original eyewitness accounts, demonstrating they were written very early and entrusted directly to key disciples who guarded them as Scripture.

Papias (60-135AD) was described by Irenaeus as a “hearer of John, and companion of Polycarp, a man of old time”. He eventually became the Bishop of Hierapolis (now known as Pamukake in Turkey). He was quite familiar with the oral testimony of the eyewitnesses during the early documentation of their Gospel accounts. These documents were still being written and circulated during Papias’ early lifetime. Papias wrote a lengthy five-volume treatise called “Interpretations of the Sayings of the Lord”, but this text has been lost to us. Papias’ work (as quoted later by Eusebius), alludes to many Gospel passages and stories. Papias represents another link in the chain of custody, learning from John and the other eyewitnesses and passing this information down to the next generation.

Polycarp (69-155AD) was a friend of Ignatius and a student of John. Irenaeus later testified that he once heard Polycarp talk about his conversations with John, and Polycarp was known to have been converted to Christianity by the eyewitness Apostles themselves. Polycarp eventually became the Bishop of Smyrna (now known as Izmir in Turkey) and wrote a letter to the Philippians that references fourteen to sixteen New Testament books (including Matthew, Luke, John, Acts, Romans, 1 Corinthians, Galatians, Ephesians, Philippians, 1 Thessalonians, 2 Thessalonians, 1 Timothy, 1 Peter and 1 John, with some scholars observing additional references to 2 Timothy and 2 Corinthians). Polycarp’s letter demonstrates the early texts were in circulation and familiar to the Philippians, making Polycarp’s references in his letter all the more meaningful.

Ignatius, Papias and Polycarp Taught Irenaeus
Irenaeus (120-202AD) was born in Smyrna, the city where Polycarp served as Bishop. He was raised in a Christian family and was a “hearer” of Polycarp; he later recalled hearing Polycarp talk about his conversations with the Apostle John. He eventually became a priest (and then the Bishop) of Lugdunum in Gaul (presently known as Lyons, France). Irenaeus matured into a theologian and apologist and wrote an important work called “Adversus Haereses” (Against Heresies). This refined response to the heresy of Gnosticism provided Irenaeus with the opportunity to address the issue of Scriptural authority and he identified as many as twenty-four New Testament books as Scripture (including Matthew, Mark, Luke, John, Acts, Romans, 1 Corinthians, 2 Corinthians, Galatians, Ephesians, Philippians, Colossians, 1 Thessalonians, 2 Thessalonians, 1 Timothy, 2 Timothy, Titus, 1 Peter, 1 John, 2 John and Revelation). Irenaeus provides us with another link in the chain of custody, affirming the established eyewitness accounts and faithfully preserving them for the next generation.

Irenaeus Taught Hippolytus
Hippolytus (170-236AD) was born in Rome and was a disciple of Irenaeus. As he grew into a position of leadership, he opposed Roman Bishops who modified their beliefs to accommodate the large number of pagans who were coming to faith in the city. In taking a stand for orthodoxy, he became known as the first “anti-pope” or “rival pope” in Christian history. He was an accomplished speaker of great learning, influencing a number of important Christian leaders such as Origen of Alexandria (who heard him preaching while he was a presbyter under Pope Zephyrinus). Hippolytus wrote a huge ten-volume treatise called, “Refutation of All Heresies”. In this expansive work, Hippolytus identified as many as twenty-four New Testament books as Scripture (including Matthew, Mark, Luke, John, Acts, Romans, 1 Corinthians, 2 Corinthians, Galatians, Ephesians, Philippians, Colossians, 1 Thessalonians, 2 Thessalonians, 1 Timothy, 2 Timothy, Titus, Philemon, 1 Peter, 1 John, 2 John and Revelation). Unfortunately, Hippolytus was persecuted under Emperor Maximus Thrax and exiled to Sardinia where he most likely died in the mines.

As a result of Hippolytus’ exile and martyrdom, this particular chain of custody ends without a clear “next link”, although it is certain Hippolytus had many important students who preserved the Scripture with the same passion he had as a student of Irenaeus. One thing we know for sure: the Canon of Scripture was already established in the early 2nd Century, as eyewitness accounts were recorded by the Apostles and handed down to their disciples who wrote about them, described them, and identified them for later generations. The following facts about Jesus were affirmed from the earliest “links” in the New Testament Chain of Custody:

Jesus was conceived by the Holy Spirit, and born of the Virgin Mary
A star announced His birth
He was baptized by John the Baptist, taught and had a “ministry” on earth
He was humble, unassuming and sinless
He spoke the words of God and taught the Sermon on the Mount
Ointment was poured on Jesus’ head
He was unjustly treated and condemned by men
He was whipped, suffered and was crucified
This all took place under the government of Pontius Pilate and Herod the Tetrarch was king
Jesus died on the cross and was resurrected
He had a physical resurrection body
He appeared to Peter and the others after the resurrection
He encouraged the disciples to touch and He ate with the disciples
The disciples were convinced by the resurrection appearances and were fearless after seeing
the risen Christ
Jesus returned to God the Father
He is our only Master and the Son of God
All things are subject to Jesus and all creation belongs to Him
He is the “Door,” the “Bread of Life,” and the “Eternal Word”
Jesus is our “Savior”, “Lord” and “God”
Faith in Christ’s work on the cross saves us
This salvation and forgiveness are gifts of grace from God
Jesus will judge the living and the dead