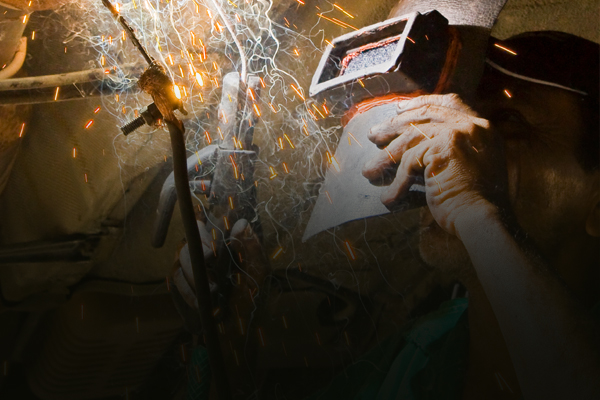 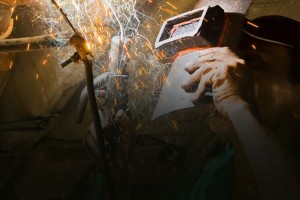 People often ask me, “How can I make a living as a full-time Christian apologist (aka: Christian Case Maker) like you?” Even though I’m semi-retired from my career as a Cold-Case Detective (I still have one case pending this year), I’ll never be a vocational Christian Case Maker. My income continues to come from my law enforcement employment, and it always will. For many years, I juggled my vocational employment as a detective with my avocational calling as an apologist. It wasn’t always easy. There were years when I worked full-time, drove 12-15 hours a week, served 25 hours a week (or more) as a volunteer Youth Pastor, and attended seminary while dodging homicide callouts! My wife, Susie, was incredibly patient and supportive.  We eventually church-planted (after I graduated from seminary), and things got even crazier. I bet many of the “One Dollar Apologists” who read this blog have similarly hectic lives.

We are “tent-makers”. Like the Apostle Paul, we draw our income from conventional careers (Paul was described as a tent-maker in Acts 18:1-3), so we can evangelize, preach, make a case or serve as we have been called by God. There may have been times when you wished there was a way to make a living doing what God has called you to do as an apologist, but be careful what you wish for. God has you exactly where He wants you, because tent-makers make great Christian Case Makers:

Tent-Making Christian Case Makers Personify the Christian Life
There are many important positions within the Christian community (Paul describes apostles, prophets, evangelists, pastors and teachers in Ephesians 4:11). Leaders in these roles are worthy of our support and respect. Notice, however, Christian Case Makers are absent from this or any other similar list in Scripture. Our role as Case Makers is described, instead, by Peter in 1 Peter 3:15-16, a passage written to all of us as believers (whether we are employed in ministry or not). If you’re a Christian, you’re already a Case Maker. I don’t expect to be paid as a Christian, so I don’t expect to be paid as a Case Maker. If I am asked to come to a church or conference to give a presentation, I am there as a trainer and teacher, helping all the Christian Case Makers sitting in attendance. The vast majority of people you might identify as prominent apologists are actually trainers. Ministries like Stand to Reason and CrossExamined, for example, are committed to training Christians to become better Case Makers. But the Case Makers we train will likely remain tent-makers, personifying the Christian life as reliable members of society prepared to defend what they believe.

Tent-Making Christian Case Makers Benefit From Their Passion
How often have you been less excited about the vocation you work in full-time than the avocation you enjoy in your free time? I’ve known lots of people who were excited about a hobby or avocation and tried to turn this passion into a career, only to find the pressures of business and daily application drained them of their passion. As a tent-maker, I’ve never felt that way about my service as a Christian Case Maker. The worst day as a Case Maker was often better than the best day as a Detective. As tent-making Case Makers, we don’t study, research, write and speak because we have to (in order to pay the bills), we do it because we passionately want to (even though we may not get paid at all). It’s a lot easier to retain your passion when you’re doing something even though you don’t have to.

Tent-Making Christian Case Makers Are Accessible to Laypeople
There have been many times when I’ve lamented the fact I don’t have an advanced degree in apologetics (mine is in Theological Studies) or don’t have a prominent position as an educator. But my career as a detective has connected me to laypeople within the Church and the culture in a surprising and powerful way. Your job will provide you with a similar connection to the people around you. Tent-making Case Makers are already rooted in the real world, working alongside the very people we’re trying to reach. There will be times when a Case Maker just like you is needed to reach people just like them. We share similar experiences, we understand where they are coming from, we use common language and we’re accessible.

Tent-Making Christian Case Makers Reach a Skeptical Audience
As an atheist, I was very skeptical of Christians when I thought they were trying to sell me something. In fact, this was a major stumbling block for me. As a high school student, I used to watch local televangelists with scorn if they repeatedly asked their viewers to send them money. Don’t underestimate this disdain on the part of skeptics. As a tent-maker, I’ve had many conversations with skeptics who have given me a hearing simply because they respected my position as a volunteer Case Maker. One told me, “At least I know you’re not in this for the money.” Tent-making Case Makers are uniquely positioned to reach a skeptical world.

Tent-Making Christian Case Makers Can Change the Church Culture
I used the think the most important thing I could do as a Case Maker was to make the case for Christianity to non-believers, but I’ve come to realize the importance of making the case for Case Making to those who are already in the Church. When all of us as Christians accept our God-given role as Case Makers, the culture in the Church will change dramatically. Atheists like Peter Boghossian recognize the prevalent anti-intellectualism in the Church and are trying to exploit this condition to advance atheism. If we hope to turn the tide, we need more tent-making Christian Case Makers.

Tent-Making Christian Case Makers Maximize Their Focus
A few years ago as a church leader, I started a non-profit corporation to cover the costs of our efforts to evangelize, reach the world on-line, and fund local charitable organizations. Even though no one in our church ever received a salary, the distraction of properly operating and documenting the non-profit was tremendous. I eventually closed it so I could focus on my calling rather than the organization we created. If you’re a tent-making Case Maker, you already have the freedom to serve and chase your calling without having to worry about raising support, tracking income and expenses or properly documenting the work of your organization. You already have the ability to focus on what matters most.

Tent-Making Christian Case Makers Thrive in Any Economy
I started thinking again about the power of tent-making Case Makers after reading Lydia McGrew’s fantastic post, “An Army of Tent Makers.” Lydia is a brilliant Case Maker who continues to have a powerful impact even though she’s not a vocational apologist. In her post, Lydia discusses the current financial climate and the limited opportunities for people seeking full-time employment as apologists. While it’s often difficult to find full-time employment in the field of Christian apologetics or start a donor-funded apologetics ministry in a challenging economy, tent-making Case Makers aren’t limited by bad economic climates. In addition, as Lydia points out, “In the end, if we can have this army of tentmakers, there will be (Lord willing) money to allow some people to work in full-time ministry. But it’s going to be quite a small proportion of those who are interested or would ideally like to do so.”

Tent Making Christian Case Makers Survive in Any Political Climate
Times are changing and our politicians and judges are less and less friendly to non-profit organizations. A federal judge recently struck down a law giving clergy tax-free housing allowances, and atheist groups continue to challenge the tax exempt status of religious non-profits.  If the non-profit status of apologetics ministries is someday successfully abolished, vocational Christian Case Makers will have to rethink their strategy. Tent-making Case Makers will already be standing in the gap. Tent-makers are flexible enough to survive, even in difficult political environments.

If you’re an avocational Christian Case Maker, you’re part of a growing movement within the Christian culture. In fact, I think you are the future of apologetics in the Church (more on that in the next few days). If you haven’t yet accepted your responsibility and calling as a Case Maker because you thought you had to be in full-time vocational ministry to have an impact, think again. Now is the time to get in the game, and you can do it right where you are, even while you’re working in a career that seems to have nothing to do with Christian apologetics.