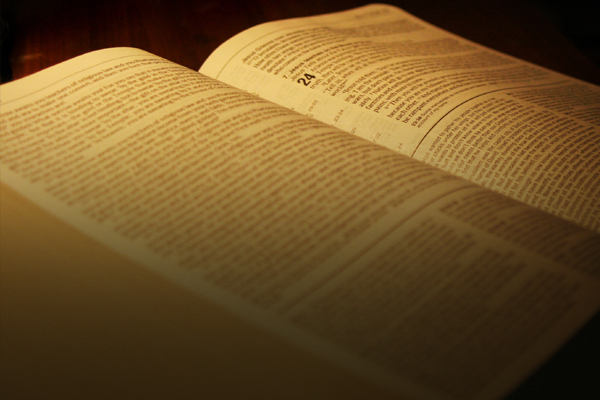 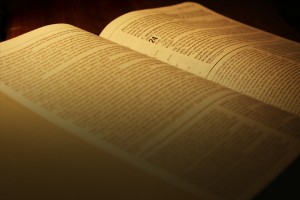 Fulfilled prophecy is an important evidence of Divine origin, and I’ve already highlighted just a few of the more important fulfilled prophecies in the Old Testament. A fellow law enforcement brother, Sir Robert Anderson, described perhaps the greatest Old Testament prophecy, if his calculations were accurate. Anderson was the Assistant Commissioner of the London Metropolitan Police (Scotland Yard) from 1888 to 1901; he was also a theologian and author. He wrote many books related to Christianity, science and prophecy, including The Coming Prince. In this short volume, Anderson makes the case for a remarkable Old Testament prophecy from the prophet Daniel. While the Israelites were certainly comforted by prophecies predicting their enemies would eventually be destroyed, there was a far more reassuring prophecy described by Daniel. He predicted the coming of a Messiah, a savior who would deliver the Jews. Daniel’s prophecy was incredibly specific. I’ll do my best to reconstruct the case made by Anderson, but I encourage you to research his work for yourself.

Daniel 9:25
“So you are to know and discern that from the issuing of a decree to restore and rebuild Jerusalem until Messiah the Prince there will be seven weeks of years and sixty-two weeks of years”

In this prophecy (written 538 years before Christ was born), Daniel claimed there would be 69 “weeks of years” between the issuing of a decree to rebuild Jerusalem and the appearance of the Messiah. In 464 BC, Artaxerxes, a Persian king, ascended to the throne. Nehemiah, the Jewish cupbearer to King Artaxerxes, was deeply concerned about the ruined condition of Jerusalem following the defeat of the Jews (Nehemiah 1:1-4). As a result, he petitioned the king:

Nehemiah 2:5,6
“Send me to Judah, to the city of my fathers’ tombs, that I may rebuild it. So it pleased the king to send me”.

According to the Old Testament, the decree to restore and rebuild Jerusalem was issued “in the month Nisan, in the twentieth year of Artaxerxes the king” (Nehemiah 2:1). The Jewish calendar month was Nisan, and since no day is given, it is reasonable to assume the date would be understood as the first, the Jewish New Year’s Day. And, in the Julian calendar we presently use, the corresponding date would be March 5, 444 BC.

So when did the Messiah appear? Jesus, on numerous occasions, forbade and prevented his followers from revealing His identity as the Messiah. He frequently performed miracles and swore His disciples to silence, saying his “hour has not yet come” (John 2:4, 7:6). But, on March 30, 33 A.D., when he entered Jerusalem on a donkey, he rebuked the Pharisees’ protest and encouraged the whole multitude of his disciples as they shouted, “Blessed is the King who comes in the name of the Lord”. Jesus even said, “If these become silent, the stones will cry out” (Luke 19:38-40). This was the day on which Jesus was publicly declared the Messiah.

Let’s compare then, the date of the decree (March 5, 444 BC) with the date of Jesus’ declaration (March 30, 33 AD). Before we begin, we must clarify (as noted by Anderson) an important feature of the Jewish prophetic year: It was comprised of twelve 30 day months (it had 360 days, not 365 days). Since Daniel states 69 weeks of seven years each, and each year has 360 days, the following equation calculates the number of days between March 5, 444 BC (the twentieth year of Artaxerxes) and March 30, 33 AD (the day Jesus entered Jerusalem on the donkey):

The ancient Jews were careful to use prophecy as a measuring stick. If someone claimed to be a prophet, yet his predictions did not come true, he was abandoned and his writings did not make it into the Canon of Scripture:

Deuteronomy 18:22
When a prophet speaketh in the name of the LORD, if the thing follow not, nor come to pass, that [is] the thing which the LORD hath not spoken, [but] the prophet hath spoken it presumptuously: thou shalt not be afraid of him. The ancient authors of the Bible recognized only God could declare the end from the beginning and forecast to the very day 'things that are not yet done' (Isaiah 46:10). Click To Tweet

Sir Robert Anderson understood the degree to which the authors of the Old Testament treated fulfilled prophecy as evidence of Divine origin. The ancient authors recognized only God could “declare the end from the beginning” and forecast to the very day “things that are not yet done” (Isaiah 46:10). Anderson’s investigation highlighted perhaps the greatest prophetic declaration of all.