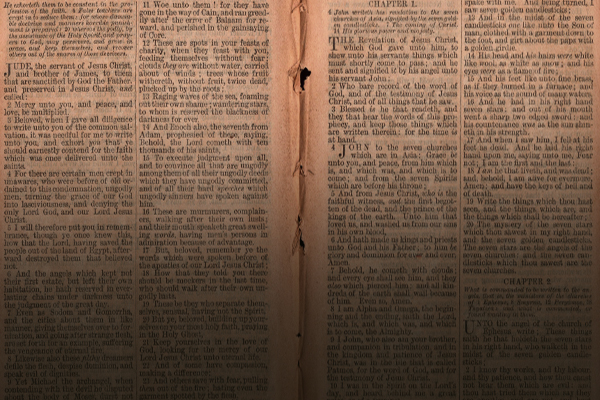 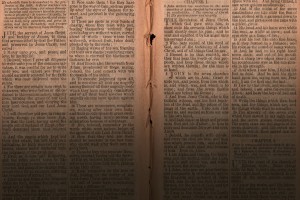 In the movie, God’s Not Dead 2, I was asked to defend the historicity of Jesus and the eyewitness reliability of the Gospels. Skeptics sometimes claim the New Testament Canon was the creation of 4th Century Catholic Church councils, rather than the reliable preservation of 1st Century disciples of the eyewitnesses. While it’s true the Council of Laodicea (363-364AD) endorsed the New Testament Canon we know today, these Church leaders simply affirmed the Scriptures followers of Jesus had been using for several generations. The earliest believers, hundreds of years before the Councils, preserved the precious eyewitness testimony related to Jesus, continually examining the competing accounts to make sure their collection was authentic and accurate. By the time of the Councils, a universal standard was accepted by orthodox Christians who wanted to determine which writings were the Word of God (and which were not). There were two important attributes considered by these believers:

Eyewitness Reliability
Were the texts authored by an eyewitness or someone with immediate access to the eyewitnesses? (Could the texts be trusted to reflect the truth about what happened? Were they uncorrupted both historically and doctrinally?)

Practical Utility
Did the texts reflect the Divine nature and purposes of God in a way that assisted God’s people in understanding Him better? (Were the texts useful in teaching people about God? Were they understandable and accessible?)

These areas of concern guided the selection process for the earliest believers as they protected and preserved the documents they received from the apostles. We can have confidence in this process because these collectors had firsthand access to the men who wrote the Gospels. In addition to this, the geographic diversity in which these early believers and leaders emerged further substantiated their authenticity. The disciples of the apostles preserved the testimony of the eyewitnesses and mentioned this testimony in their own correspondence, even though they were separated by thousands of miles:

IN ROME: Clement (95AD) Affirmed 7 New Testament Books
Clement (of Rome) was a disciple of Paul, and in a letter he wrote to the Church in Corinth, he cited a number of passages that can be attributed to the Gospel of Mark, Matthew or John. In addition, it appears that Clement also had access to several of Paul’s letters, including Romans, Galatians, Ephesians and Philippians. Clement seems to have collected many of the New Testament eyewitness documents and held them in high regard. Perhaps more importantly, Clement believed that these documents were already known well enough by his readers to be recognized when quoted or alluded to in his letter.

IN ANTIOCH: Ignatius (110-115AD) Affirmed 7 to 16 New Testament Books
Ignatius was a student of the apostle John and he wrote two letters (one to the Church in Philadelphia and one to the Church in Smyrna) in which he borrowed phrases and alluded to material from the Gospels of Matthew, John and Luke. In addition, he also borrowed or alluded to several (if not all) of Paul’s letters. Like Clement, Ignatius appears to be collecting many of the New Testament eyewitness documents and holding them in great esteem. He is the first writer of this era to use the expression, “It is written” when quoting from these eyewitness documents; it’s clear that he thought of them as being ‘on par’ with the Scripture of the Old Testament. And like Clement, Ignatius also must have believed that these documents were already circulated and known well enough by his readers to be recognized by them when he quoted the texts.

IN SMYRNA: Polycarp (110AD) Affirmed 14 to 16 New Testament Books
Polycarp was a disciple of the apostle John, and in writing a letter of his own to the Church in Philippi, he quotes or alludes to several books that are now in our New Testament, including Matthew, Luke, John, Acts, Romans, 1 Corinthians, Galatians, Ephesians, Philippians, 1 Thessalonians, 2 Thessalonians, 1 Timothy, 1 Peter and 1 John. Some scholars observe additional references to 2 Timothy and 2 Corinthians. Like Ignatius, it is also clear Polycarp believed these New Testament documents were Scripture comparable to the Old Testament. In the twelfth chapter of his letter, he writes “In the sacred books…. as it is said in these Scriptures, ‘Be ye angry and sin not,’ and ‘Let not the sun go down upon your wrath,” quoting both Psalm 4:5 and Ephesians 4:26 as if they were both equally inspired.

The geographic separation of these three early Church leaders was significant. By the end of the 1st (and beginning of the 2nd) Century, Clement, Ignatius and Polycarp were leading the Church in separate regions of the Kingdom yet were united in their identification of the core letters and Gospels of the New Testament. Even at this early point in history, the New Testament books were already written and accepted as Scripture by the first disciples of the apostles. From just these three early disciples of the eyewitnesses, 20 of the 27 books of the New Testament were affirmed (Matthew, Mark, Luke, John, Acts, Romans, 1 Corinthians, 2 Corinthians, Galatians, Ephesians, Philippians, Colossians, 1 Thessalonians, 2 Thessalonians, 1 Timothy, 2 Timothy, Titus, Philemon, 1 Peter and 1 John). This generation of believers likely accepted many more of the New Testament writings than they happened to mention in their own letters (no itemized canonical list survives until Irenaeus in the next generation). But, these select books, written by the eyewitnesses (and preserved by their disciples across geographic boundaries) eventually became the core of the New Testament we know today.