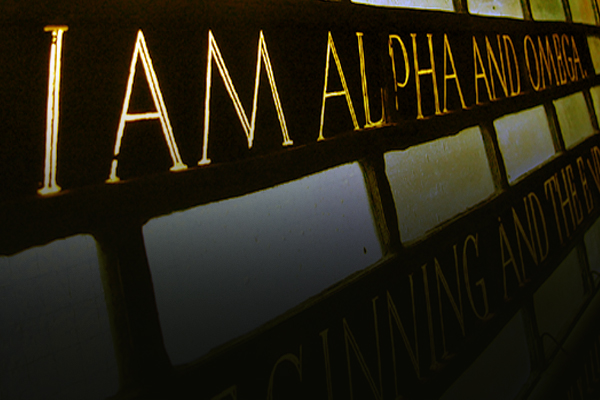 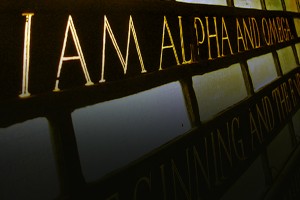 If you’re trying to determine whether or not the New Testament is historically reliable, archaeology and ancient non-Biblical records can provide “touch point” corroboration of the Biblical text. We took a similar approach when we examined the evidence corroborating the Old Testament. But these Biblical volumes claim to be much more than a reliable record of history; they claim to be the very Word of God. In order to assess such a bold claim related to the New Testament, we must examine a distinctive feature of the Biblical narrative: prophecy. If a book accurately predicts the future (rather than simply recording the past), it moves from reliable to Divine.

While the Old Testament describes a collective history of the Jewish people spanning thousands of years, the New Testament covers a much shorter period of time. As a result, while there are a number of prophetic declarations in the New Testament, the sixty-five years (or so) of recorded Biblical New Testament history doesn’t provide much opportunity to see these prophecies fulfilled (or even recorded on the pages of Scripture). Much New Testament prophecy (like the prophecy offered by the Book of Revelation) describes a future we haven’t yet experienced. There are, however, two categories of prophecy we can examine: prophecies made by Jesus and prophecies made about Jesus.

During Jesus’ life, He made several predictions in the presence of the disciples. At the time of these prophetic statements, His followers were often more than skeptical and less than understanding. But as the years passed, followers of Jesus saw His words come true, and these fulfilled prophecies served to strengthen their faith:

Jesus Told Peter He Would Deny Him Three Times
But he (Peter) replied, “Lord, I am ready to go with you to prison and to death.” Jesus answered, “I tell you, Peter, before the rooster crows today, you will deny three times that you know me.” (Luke 22:33-34)

When Peter found himself fulfilling this prophecy, Jesus “turned and looked straight at Peter. Then Peter remembered the word the Lord had spoken to him: ‘Before the rooster crows today, you will disown me three times.’ And he went outside and wept bitterly.” (Luke 22:60-62)

Jesus Said That Jerusalem and the Temple Would Be Destroyed
“There will be great distress in the land and wrath against this people. They will fall by the sword and will be taken as prisoners to all the nations. Jerusalem will be trampled on by the Gentiles until the times of the Gentiles are fulfilled.” (Luke 21:23-24)

Jesus left the temple and was walking away when his disciples came up to him to call his attention to its buildings. “Do you see all these things?” he asked. “I tell you the truth, not one stone here will be left on another; every one will be thrown down.” (Matthew 24:1-2)

Jesus told His followers Jerusalem and the Temple would be destroyed, and in fact, the Temple was destroyed about 40 years after Jesus was crucified by the Romans. In 70 AD, the Romans destroyed Jerusalem and killed an estimated 1.1 million Jews. During the destruction, fire was set to the Temple, but the fire alone would not displace the stones as Jesus had predicted. True to the prediction, however, the fire caused the gold-leaf ornamentation on the Temple ceiling to melt. The melting gold flowed down the walls and settled into crevices within the stones, and the Romans in an effort to recover the gold, pried apart the stones to remove it. This fulfilled final act of destruction fulfilled Jesus’ prophecy.

Jesus Said the Church Would Survive and Grow
Simon Peter answered, “You are the Christ, the Son of the living God.” Jesus replied, “Blessed are you, Simon son of Jonah, for this was not revealed to you by man, but by my Father in heaven. And I tell you that you are Peter, and on this rock I will build my church, and the gates of Hades will not overcome it.” (Matthew 16:16-18)

Jesus said these words long before there was ever a Christian “Church”. In fact, Jesus’ prediction must have sounded incredible when the disciples looked around and saw themselves as a little outcast group of believers, far in the minority, ridiculed by the Jewish leaders around them, having no place to sleep, barely enough to eat, and dependent on the generosity of others for their housing and food. Within a few decades after the crucifixion of Jesus, however, Peter saw firsthand the ability of early Christians to endure tremendous persecution. Christians survived intense opposition by the Roman Empire; the Church survived and thrived, even as the Roman Empire disintegrated. Although the majority of the ancient world’s religions vanished, Christianity flourished and became the first religion to have global impact. Even today, in the midst of fierce persecution in many areas of the world, Christianity continues to thrive.

Jesus Said the Gospel Would Be Preached to the Entire World
“And this gospel of the kingdom will be preached in the whole world as a testimony to all nations, and then the end will come.” (Matthew 24:14)

Jesus said the Gospel would be preached throughout the world. He also said after this happens, the end times will come. With the increasing worldwide availability of television and the Internet, there is even greater potential for the Gospel to be preached to everyone, everywhere. There is little doubt this prophecy is well on its way to being fulfilled.

Jesus Said His Words Would Never Be Forgotten
“Heaven and earth will pass away, but my words will never pass away.” (Luke 21:33)

The first hearers of this prophecy must have considered it a rather bold and prideful prediction. After all, the Emperor himself couldn’t have hoped for this kind of global, everlasting impact on the world. How could a simple peasant within the kingdom ever hope for this kind of impact? Two thousand years later, however, the words of Jesus still impact and influence us as a species. His words continue to change lives. While much of the New Testament prophecy points to a distant future, many of the claims of Jesus can be assessed now. Click To Tweet