From Reliable to Divine: Fulfilled Prophecy in the Old Testament 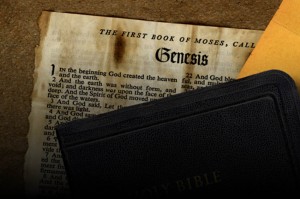 If you’re trying to determine whether or not the Old Testament is historically reliable, archaeology and ancient non-Biblical records can provide “touch point” corroboration of the Biblical text. But the Old Testament claims to be much more than a reliable record of history; it claims to be the very Word of God. In order to assess such a bold claim, we must assess a distinctive feature of the Biblical narrative: prophecy. If a book accurately and repeatedly predicts the future (rather than simply record the past), it moves from reliable to Divine. There are many fulfilled prophecies in the Old Testament, and many websites chronicling these accurate predictions. We’ll focus on some of the better attested examples:

Babylon Will Rule Over Judah for 70 Years
This prophecy is found in Jeremiah 25:11-12 and was written sometime between 626 and 586 BC. It was not fulfilled for approximately 50 years, depending on your calendar calculation.

In this passage of scripture, Jeremiah said the Israelites would suffer 70 years of Babylonian domination, and after this was over, Babylon would be punished. Both parts of this prophecy were fulfilled. In 609 BC, Babylon captured the last Assyrian king and the holdings of the Assyrian empire, including the homeland of Israel. Babylon then began taking Israelites as captives to Babylon, and destroyed Jerusalem and the Temple. This domination of the Israel ended in 539 BC, when Cyrus, a leader of Persians and Medes, conquered Babylon, bringing an end to the empire. The prophecy also had another fulfillment: the Babylonians destroyed Jerusalem’s Temple in 586 BC, but the Israelites rebuilt it and consecrated it 70 years later, in 516 BC. Restoring the Temple showed, in a very important way, the Babylonian domination had come to an end.

Babylon’s Gates Will Open for Cyrus
In Isaiah 45:1 (written between 701 and 681 BC), Isaiah made a prediction fulfilled hundreds of years later in 539 BC.

Isaiah 45:1
“This is what the Lord says to his anointed, to Cyrus, whose right hand I take hold of to subdue nations before him and to strip kings of their armor, to open doors before him so that gates will not be shut…”

Isaiah said God would open the gates of Babylon for Cyrus and his attacking army. Despite Babylon’s remarkable defenses, which included moats and walls more than 70-feet thick and 300-feet high (with 250 watchtowers), Cyrus was able to enter the city and conquer it. Cyrus and his troops accomplished this by diverting the flow of the Euphrates River into a large lake basin. Cyrus then was able to march his army across the riverbed and into the city.

Babylon’s Kingdom Will Be Permanently Overthrown
Isaiah 13:19 (written between 701 and 681 BC) contains another prophecy fulfilled in 539 BC.

Isaiah 13:19
Babylon, the jewel of kingdoms, the glory of the Babylonians’ pride, will be overthrown by God like Sodom and Gomorrah.

Isaiah said Babylon would be overthrown permanently, and following Cyrus’ destruction of Babylon in 539 BC, it never again rose to power as an empire. Before the time of Cyrus, Babylon had been defeated by the Assyrian Empire as well, but Babylon recovered and later conquered the Assyrian Empire. In light of this, I’m sure many people doubted Isaiah when he uttered this prophecy. In spite of this, and just as Isaiah predicted, the Babylonian empire was defeated, and never recovered from Cyrus’ conquest.

Babylon Will Be Reduced to Swampland
In Isaiah 14:23 (written between 701 and 681 BC), Isaiah made another prediction fulfilled in 539 BC.

Isaiah 14:23
“I will turn her into a place for owls and into swampland; I will sweep her with the broom of destruction,” declares the Lord Almighty.

Isaiah said Babylon, which had been a world power at two different times in history, would be reduced to swampland. After Cyrus conquered Babylon in 539 BC, the kingdom was destroyed and the buildings of Babylon fell into a gradual state of ruin during the next several centuries. When archaeologists excavated Babylon during the 1800’s, they discovered that some parts of the city could not be uncovered because they were under a water table.

The Israelites Will Survive Babylonian Rule and Return Home
In Jeremiah 32:36-37, (written between 626 and 586 BC), yet another prophet made a bold prediction (fulfilled in 536 BC).

Jeremiah 32:36-37
“You are saying about this city, `By the sword, famine and plague it will be handed over to the king of Babylon’; but this is what the Lord, the God of Israel, says: I will surely gather them from all the lands where I banish them in my furious anger and great wrath; I will bring them back to this place and let them live in safety.

In this passage, Jeremiah said the Israelites would survive their captivity in Babylon and return home. Both parts of this prophecy were ultimately fulfilled. Many Jews had been taken as captives to Babylon beginning around 605 BC. But, in 538 BC, they were released from captivity and many eventually returned to their homeland.

The Ninevites Will Be Drunk in Their Final Hours
In Nahum 1:10 (written around 614 BC) Nahum predicted the condition of the Ninevites at the time of their demise.

Nahum 1:10
They will be entangled among thorns and drunk from their wine; they will be consumed like dry stubble.

In this passage, and once again in Nahum 3:11, Nahum said the Ninevites would be drunk during their final hours, and there is evidence this prophecy was actually fulfilled. According to the ancient historian Diodorus Siculus: “The Assyrian king gave much wine to his soldiers. Deserters told this to the enemy, who attacked that night.” Siculus compiled his historical record about 600 years after the fall of Nineveh, and in doing so, confirmed the Biblical account.

Nineveh Will Be Destroyed By Fire
Once again, in Nahum 3:15 (written around 614 BC) Nahum made an accurate prediction.

Nahum 3:15
There the fire will devour you; the sword will cut you down and, like grasshoppers, consume you…

Nahum said Nineveh would be damaged by fire. Archaeologists unearthed the site during the 1800’s and found a layer of ash covering the ruins. According to the Encyclopedia Britannica: “…Nineveh suffered a defeat from which it never recovered. Extensive traces of ash, representing the sack of the city by Babylonians, Scythians, and Medes in 612 BC, have been found in many parts of the Acropolis. After 612 BC the city ceased to be important…”

Ezekiel 26:3
therefore this is what the Sovereign Lord says: I am against you, O Tyre, and I will bring many nations against you, like the sea casting up its waves.

Ezekiel said Tyre, the Phoenician Empire’s most powerful city, would be attacked by many nations because of its treatment of Israel. At about the time that Ezekiel delivered this prophecy, Babylon began a 13-year attack on Tyre’s mainland. Later, in about 332 BC, Alexander the Great conquered the island of Tyre and brought an end to the Phoenician Empire. Tyre later fell again under the rule of the Romans, the Crusaders and the Muslims, who destroyed the city yet again, in 1291.

Tyre’s Stones, Timber and Soil Will Be Cast Into the Sea
In a remarkable prediction, Ezekiel predicted the stone, timber and soil of Tyre would be thrown into the sea (written in Ezekiel 26:12 between 587-586 BC). This was fulfilled in 333-332 BC.

Ezekiel 26:12
They will plunder your wealth and loot your merchandise; they will break down your walls and demolish your fine houses and throw your stones, timber and rubble into the sea.

Alexander the Great built a land bridge from the mainland to the island of Tyre when he attacked in 333-332 BC. It is believed he took the rubble from Tyre’s ruins and tossed it (stones, timber and soil) into the sea to build the land bridge. This bridge is still in existence.

The Jews Will Avenge the Edomites
In Ezekiel 25:14 (written between 593BC and 571 BC), Ezekiel predicted the Israelites would eventually have revenge against the Edomites. This was not fulfilled, however, for over 400 years (until approximately 100 BC).

Ezekiel 25:14
’I will take vengeance on Edom by the hand of my people Israel, and they will deal with Edom in accordance with my anger and my wrath; they will know my vengeance’, declares the Sovereign Lord.

Ezekiel said the Israelites would one day take vengeance on Edom, a nation that often warred with the Israelites. When Ezekiel delivered this prophecy, he and many other Jews were living as captives in Babylon. They didn’t have control of their own country, let alone anyone else’s. But, 400 years later, Israel regained independence for Jerusalem and the surrounding area during the “Hasmonaean Period.” During this time, the Jewish priest-king John Hyrcanus I defeated the Edomites. According to the Columbia Encyclopedia, Fifth Edition: “Edomite history was marked by continuous hostility and warfare with Jews… At the end of the second century B.C., they were subdued by Hasmonaean priest-king John Hyrcanus I…”

Edom Will Be Toppled and Humbled
In Jeremiah 49:16 (written sometime from 626 to about 586 BC) Jeremiah predicted Edom would be toppled. This was fulfilled in approximately 100 BC:

Jeremiah 49:16
The terror you inspire and the pride of your heart have deceived you, you who live in the clefts of the rocks, who occupy the heights of the hill. Though you build your nest as high as the eagle’s, from there I will bring you down,” declares the Lord.

Jeremiah said Edom, a long-time enemy of Israel, would be destroyed. Edom’s capital city, Petra, was carved out of a mountain side and had great natural defenses. In spite of this, it was destroyed and the kingdom of Edom no longer exists. Today, Petra is part of Jordan. The city was conquered by the Romans in the year 106 AD but flourished again shortly afterward. But a rival city, Palmyra, eventually took most of the trade away and Petra began to decline. Muslims conquered Petra in the 7th Century and Crusaders conquered it in the 12th Century. Petra gradually fell into ruin.

The ancient Israelites viewed fulfilled prophecy as a measurement of Divine inspiration. If someone claimed to be a prophet, but uttered inaccurate predictions, his writings were not considered to be divinely motivated:

Deuteronomy 18:22
When a prophet speaks in the name of the Lord, if the thing does not come about or come true, that is the thing which the Lord has not spoken. The prophet has spoken it presumptuously; you shall not be afraid of him.

While archaeology demonstrates the historical reliability of the Old Testament, fulfilled prophecy establishes the Divine character of these texts. Only God can “declare the end from the beginning, and from long ago what is not yet done, saying: My plan will take place, and I will do all My will.” (Isaiah 46:10).

While archaeology demonstrates the historical reliability of the Old Testament, fulfilled prophecy establishes the Divine character of these texts. Click To Tweet

Biblical Reliability Divine inspiration of the Bible fulfilled prophecy prophecy Reliability of the Old Testament 2018-04-11
+J. Warner
Previous Why Christians Aren’t the Only People Who Shoulder a Burden of Proof (Video)
Next Why Young People Need to Be Able to Make the Case for God (Podcast)

Quarantine Questionnaire: Evidence for God from the Appearance of Design in Biology