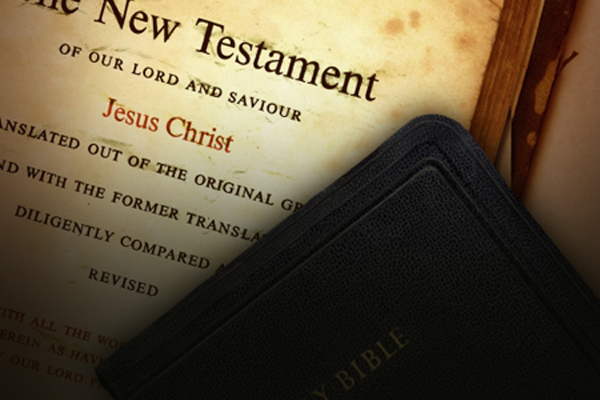 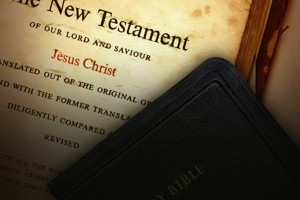 When you write a book about the reliability of the New Testament Gospels as eyewitness accounts, you can expect to get a response from skeptics. Many simply refuse to acknowledge the Gospels as eyewitness accounts in the first place. I think there are good reasons to accept them as such, in spite of the fact the Gospels include incidents the authors didn’t see personally, the witnesses can’t be cross-examined, and the fact here are variations in the ancient manuscripts. The question is not whether these ancient accounts could be used in a modern criminal trial, but whether they are accurate eyewitness accounts related to the life, ministry, death and resurrection of Jesus.

Some skeptics attack the authorship of the accounts, questioning the historical attributions of Mark, Matthew, Luke or John. Using the tools of textual criticism, critics cast doubt on the authenticity of particular events or the identity of each author. Sometimes word for word similarities between accounts are highlighted in an effort to discredit a Gospel as an original source of information. Sometimes apparent changes in language within a Gospel are offered as evidence there is more than one author at work. While I am also inclined to examine every word carefully, I am conscious of the limits of this kind of textual criticism. As I employ some of these same tools, I try to keep the following considerations in mind:

Consider the Time Span in Which the Document Was Written
Critics sometimes point to differences in language or writing style within a Biblical text as evidence of more than one author, but this can often be attributed to the time span in which the document was written. As a cold-case detective, I regularly open old cases in which a detective authored a “running supplemental” report over a period of time. He started writing on the day of the murder and then updated the report over several years as he continued his investigation unsuccessfully. Looking back at the report years later, it often appears as though several partners worked on the document, when, in fact, only one investigator penned it. As the detective matured as an investigator and writer, his style changed. In a similar way, criticisms of the Pentateuch (for example) must consider the time span over which Moses wrote the document and account for the natural changes in his writing style. We see something similar in the New Testament as we examine the work of Luke (particularly in the book of acts). Given its potential authorship over a long period of time, we should expect internal variations in language and style (Luke even slips into first person narrative at one point).

Consider the Limits of the Technology Being Used by the Author
When the original detective wrote the supplemental report back in the days prior to computers (or word processors), he dictated the words to a secretary who typed them on a typewriter. As a result, detectives seldom returned to earlier portions of the report to modify their language, change punctuation or correct typos. Instead, they learned to live with their prior language choices and grammatical errors due to the technological limits they faced. I’m sure this was also the case with ancient authors writing with primitive tools or dictating to scribes who used the same resources. I’ve returned to articles I’ve written in the past and I’m often embarrassed by my choice of language or poor punctuation. As a result, I’ve re-written a number of these posts and I’m slowly removing the old articles from the web. Ancient authors didn’t have this option.

Consider the Changing Influences Experienced by the Author
As I develop as a Case Maker and writer, my association with great thinkers and established authors has definitely encouraged me to improve my own abilities. Along the way, my writing style has been influenced by people who are mentoring and teaching me. I find myself including their expressions and style in my own work. When I first began writing as a Christian Case Maker, my articles were much like my professional reports and search warrants. Since then, I’ve loosened up a bit and adopted forms and language similar to the Case Makers who have influenced me along the way. This was likely the case for ancient authors as well. If their documents were written over a span of time, without the technology to easily edit earlier portions of the text, we should reasonably expect changes attributed to the influence of those with whom the authors interacted.

Consider the Important Difference Between Content and Style
Even though many of the original cold-case supplemental reports seem to differ in style due to the time span in which they were written, the facts of the case remain consistent. The original detective was working from the same set of evidences throughout the investigation, and these evidences are referred to repeatedly, even though the detective may have changed his style of writing along the way. This doesn’t mean there aren’t times when the detective may appear to contradict himself or the report of another detective. When that happens, it’s my job to focus and sort through the apparent factual contradictions, rather than focus on the stylistic differences. While it’s fair for critics to identify apparent factual contradictions in the Gospels, we must be very careful about making too much of stylistic changes.

Consider Your Own Presuppositions as You Are Studying the Text
Most importantly, we have to carefully examine the underlying skepticism each of us might bring to any document. I’ve worked with defense attorneys who have assumed the worst in the original detective and, as a result, saw deceit and malice in every alteration and variation within the report. Did the nature of the report warrant this response or did the presupposition of the attorney motivate him to see what he wanted to see? In a similar way, we cannot come to a text that makes claims about the supernatural with a presupposition against the supernatural. When this happens, our presuppositions cause us to find fault, error and deception at every turn.

In the end, we can either attempt to “read between the lines” to establish authorship or simply rely on the testimony and attributions offered by those who were closest to the action. If we are going to deny the traditional authorial attributions of the Gospels, we should at least recognize the limits of textual criticism.