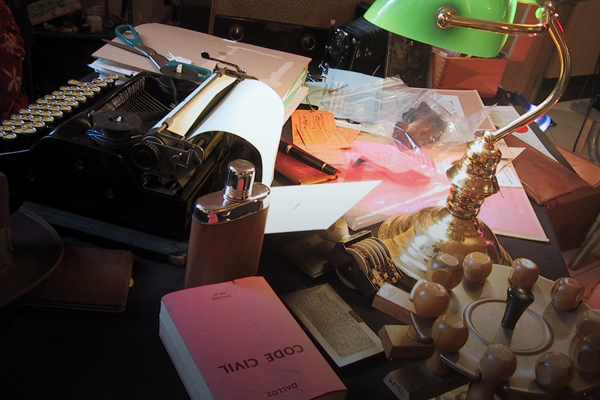 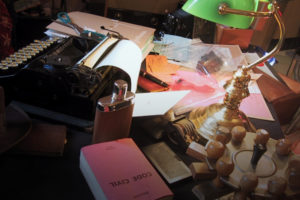 I’ve been investigating homicides in Los Angeles County for many years. If you’re a fan of murder mysteries and homicide shows, I’d like to share a simple investigative technique that may open your eyes to more than the identity of a killer. It may also help you determine if God exists.

Detectives know that not every death scene is a crime scene. People die naturally, accidentally, by way of suicide or as the result of a homicide, and it’s not always easy to tell the difference.

That’s why I’ve learned to employ a simple investigative strategy: I call it “Inside or Outside the Room.” It’s simple. If I can explain everything I find in the death scene by staying in the room, it’s probably not a murder.

Imagine, for example, a victim lying in a room with a gunshot injury. Next to his body there’s a handgun. The doors are locked from the inside, all the DNA and fingerprints in the room belong to the victim, the gun is registered to him, and there are no signs of an outside intruder. In this scenario, the cause for what we see in the room, appears to also be in the room. This is probably a suicide or accidental death.

Now imagine the same room with different details. This time, you find fingerprints and DNA from an unknown suspect, the doors are unlocked, the gun doesn’t belong to the victim, and bloody footprints lead to the door. In our second scenario, the best explanation for what we find inside the room is a cause outside the room. It’s time to open a murder investigation – we have evidence of an unknown intruder, and intruders turn death scenes into crime scenes.

One of the things I found persuasive – in the “room” of the natural universe – was the existence of DNA, the largest molecule known to mankind. It contains four nucleotides arranged in a very specific sequence that directs the formation of life. The genetic code in our DNA contains information.

And therein lies the problem if we are trying to stay “inside the room” for an explanation.

As Cambridge Philosopher of Science, Stephen C. Meyer, has observed: we don’t have a single example in the history of science in which information has ever come from anything other than intelligence. There is no property of physics or chemistry that can account for the information we see in DNA.

To illustrate the point, imagine yet another death scene. This time our victim is lying on the floor next to a wall. There’s a cut on his head and a blood smear on the wall next to his body. The evidence here can be easily explained by staying in the room. Perhaps he had a heart attack and stumbled, cutting his head when he hit the wall. The smear could easily be a consequence of the physics related to his fall. No need – necessarily – to assume he was murdered.

Now imagine a slightly different scene. Our victim still has a cut on his head, but instead of a blood smear, we have words written on the wall in the victim’s blood: “He deserved to die.” Unlike before, physics and chemistry can’t account for the information on the wall. This message was written by an intelligent being.

It’s time to start searching for the writer.

DNA is one of many pieces of evidence in the universe that simply cannot be explained by staying “inside the room.” The best explanation for the information in DNA is the existence of a conscious, intelligent mind, outside of space time and matter.

One of the most renowned, ardent atheists of the last one-hundred years, analytic and evidentialist philosopher, Antony Flew, was also eventually persuaded by the existence of DNA. Before he died, he wrote:

“I now believe there is a God… What I think the DNA material has done is that it has shown, by the almost unbelievable complexity of the arrangements which are needed to produce life, that intelligence must have been involved in getting these extraordinarily diverse elements to work together.”

Professor Flew would have made an excellent homicide detective.