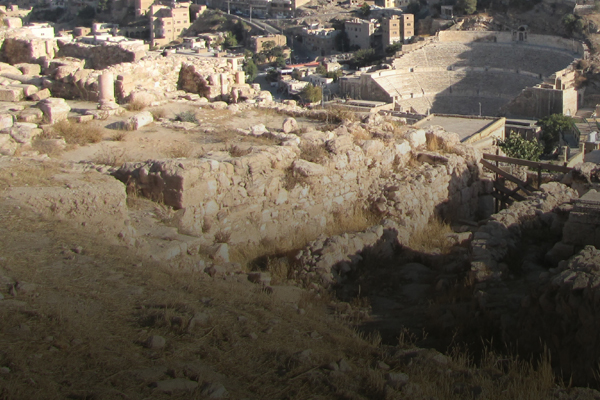 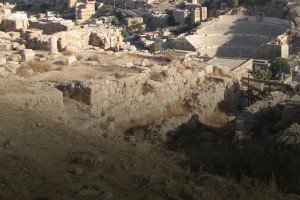 Sir William Mitchell Ramsay, a 19th Century English historian and prolific writer, held a pervasive anti-Biblical bias. He believed the historical accounts in the Book of Acts were written in the mid-2nd Century. Ramsay was skeptical of Luke’s authorship and the historicity of the Book of Acts, and he set out to prove his suspicions. He began a detailed study of the archaeological evidence, and eventually came to an illuminating conclusion: the historical and archaeological evidence supported Luke’s 1st Century authorship and historical reliability:

“(There are) reasons for placing the author of Acts among the historians of the first rank” (Sir William Ramsay, St. Paul the Traveler and the Roman Citizen, p. 4).

Ramsay became convinced of Luke’s reliability based on the accurate description of historical events and settings. Ramsay wasn’t the only scholar to be impressed by Luke’s accuracy:

“One of the most remarkable tokens of (Luke’s) accuracy is his sure familiarity with the proper titles of all the notable persons who are mentioned . . . Cyprus, for example, which was an imperial province until 22 BC, became a senatorial province in that year, and was therefore governed no longer by an imperial legate but by a proconsul. And so, when Paul and Barnabas arrived in Cyprus about AD 47, it was the proconsul Sergius Paullus whom they met . . .’ (F.F. Bruce, The New Testament Documents: Are They Reliable?, p. 82).

Luke’s narratives include detailed and specific descriptions related to the locations, people, offices and titles within the Roman Empire. In fact, many of Luke’s claims were eventually confirmed by archaeological discoveries:

Related to Quirinius
Luke wrote that Joseph and Mary returned to Bethlehem because a Syrian governor named Quirinius was conducting a census (Luke 2:1–3). Archaeological discoveries in the nineteenth century revealed Quirinius (or someone with the same name) was also a proconsul of Syria and Cilicia from 11 BC to the death of Herod. Quirinius’s name has been discovered on a coin from this period of time, and on the base of a statue erected in Pisidian Antioch.

Related to Erastus
In Romans 16:23, Paul wrote, “Erastus, the city treasurer greets you.” A piece of pavement was discovered in Corinth in 1929 confirming his existence.

Related to Lysanias
Luke described a tetrarch named Lysanias and wrote that this man reigned over Abilene when John the Baptist began his ministry (Luke 3:1). Two inscriptions have been discovered that mention Lysanias by name. One of these, dated from AD 14–37, identifies Lysanias as the tetrarch in Abila near Damascus.

Related to Iconium
In Acts 13:51, Luke described this city in Phyrigia. Some ancient writers (like Cicero) wrote that Iconium was located in Lycaonia, rather than Phyrigia, but a monument was discovered in 1910 that confirmed Iconium as a city in Phyrigia.

Related to the Pool of Bethesda
John wrote about the existence of a pool of Bethesda (John 5:1–9) and said that it was located in the region of Jerusalem, near the Sheep Gate, surrounded by five porticos. In 1888, archaeologists began excavating the area near St. Anne’s Church in Jerusalem and discovered the remains of the pool, complete with steps leading down from one side and five shallow porticos on another side.

Related to Politarchs
For many centuries, Luke was the only ancient writer to use the word Politarch to describe “rulers of the city.” Skeptics doubted that it was a legitimate Greek term until nineteen inscriptions were discovered. Five of these were in reference to Thessalonica (the very city in which Luke was claiming to have heard the term).

Related to the Pool of Siloam
John wrote about the “Pool of Siloam” (John 9:1–12) and described it as a place of ceremonial cleansing. Archaeologists Ronny Reich and Eli Shukrun excavated the pool and dated it from 100 BC to AD 100 (based on the features of the pool and coins found in the plaster).

Related to Pontius Pilate
For many years, the only corroboration we had for the existence of Pontius Pilate (the governor of Judea who authorized the crucifixion of Jesus) was a very brief citation by Tacitus. In 1961, however, a piece of limestone was discovered bearing an inscription with Pilate’s name. The inscription was discovered in Caesarea, a provincial capital during Pilate’s term (AD 26–36), and it describes a building dedication from Pilate to Tiberius Caesar.

Related to the Custom of Crucifixion
While thousands of condemned criminals and war prisoners were reportedly executed in this manner, not a single one of them had ever been discovered in any archaeological site. In 1968, Vassilios Tzaferis found the first remains of a crucifixion victim, Yohanan Ben Ha’galgol, buried in a proper Jewish “kôkhîmtype” tomb.

Related to Sergius Paulus
In Acts 13, Luke identified Sergius Paulus, a proconsul in Paphos. Skeptics doubted the existence of this man and claimed that any leader of this area would be a “propraetor” rather than a proconsul. But an inscription was discovered at Soli in Cyprus that acknowledged Paulus and identified him as a proconsul.

In addition to these archaeological discoveries, there are many other details recorded in the Book of Acts corroborating its historical accuracy. Luke describes features of the Roman world corroborated by other non-Christian historians:

Luke includes a accurate description of being in Roman custody and the conditions of being imprisoned at one’s own expense (Acts 28:16 and Acts 28:30-31) Despite the inherent difficulties and limitations of the discipline, the archaeological evidence supporting the claims of the New Testament is incredibly robust Click To Tweet

Archaeology is a discipline of “fractions”. Given the nature of archaeology, we shouldn’t expect to find corroboration for every claim of history, regardless of historic author.  But in spite of the inherent difficulties and limitations of the discipline, the archaeological evidence supporting the claims of the New Testament is incredibly robust (refer to the Biblical Archaeology Society for additional evidence). As a detective, I’ve also come to respect and recognize the limits of corroborative evidence. Archaeology sufficiently corroborates the history of the New Testament, providing us with “remarkable tokens of (Luke’s) accuracy”.