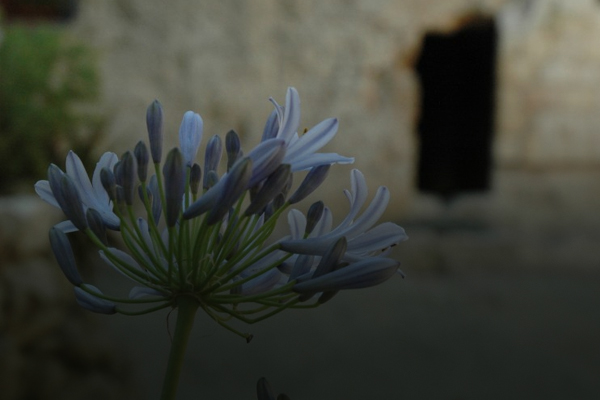 If you’ve been following along with us at ColdCaseChristianity.com, you already know we offer a downloadable Bible Inserts (Join our Cold-Case Christianity Community for access). Our inserts are brief reviews (or outlines) of important issues related to Christian Case Making. Each resource is created as a graphic image you can print and trim it to fit in your Bible, or upload it to your phone or tablet. Many of you have already written to tell me you’re collecting these inserts on your mobile device.

Did Jesus Really Die on the Cross?
1. Many first-century and early second-century unfriendly Roman sources (i.e., Thallus, Tacitus, Mara Bar-Serapion, and Phlegon) and Jewish sources (i.e., Josephus and the Babylonian Talmud) affirmed and acknowledged that Jesus was crucified and died.
2. The Roman guards faced death if they allowed a prisoner to survive crucifixion. Would they really be careless enough to remove a living person from a cross?
3. Jesus would have to control His blood loss from the beatings, crucifixion, and stabbing in order to survive, yet was pinned to the cross and unable to do anything that might achieve this.
4. Jesus displayed wounds following the resurrection but was never observed to behave as though He was wounded, in spite of the fact that He appeared only days after his beating, crucifixion, and stabbing.
5. Jesus disappeared from the historical record following His reported resurrection and ascension and was never sighted again (as one might expect if He recovered from His wounds and lived much beyond the young age of thirty-three).

Were the Disciples Lying About the Resurrection?
1. The Jewish authorities took many precautions to make sure the tomb was guarded and sealed, knowing that the removal of the body would allow the disciples to claim that Jesus had risen (Matt. 27:62–66).
2. The people local to the event would have known it was a lie (remember that Paul told the Corinthians in 1 Corinthians 15:3–8 that there were still five hundred people who could testify to having seen Jesus alive after His resurrection).
3. The disciples lacked the motive to create such a lie (more on this in chapter 14).
4. The disciples’ transformation following the alleged resurrection is inconsistent with the claim that the appearances were only a lie. How could their own lies transform them into courageous evangelists?

Did the Disciples Hallucinate the Resurrection?
1. While individuals have hallucinations, there are no examples of large groups of people having the exact same hallucination.
2. While a short, momentary group hallucination may seem reasonable, long, sustained, and detailed hallucinations are unsupported historically and intuitively unreasonable.
3. The risen Christ was reported seen on more than one occasion and by a number of different groups (and subsets of groups). All of these diverse sightings would have to be additional group hallucinations of one nature or another.
4. Not all the disciples were inclined favorably toward such a hallucination. The disciples included people like Thomas, who was skeptical and did not expect Jesus to come back to life.
5. If the resurrection was simply a hallucination, what became of Jesus’s corpse? The absence of the body is unexplainable under this scenario.

Were the Disciples Fooled by an Imposter?
1. The impersonator would have to be familiar enough with Jesus’s mannerisms and statements to convince the disciples. The disciples knew the topic of the con better than anyone who might con them.
2. Many of the disciples were skeptical and displayed none of the necessary naïveté that would be required for the con artist to succeed.
3. The impersonator would need to possess miraculous powers; the disciples reported that the resurrected Jesus performed many miracles and “convincing proofs” (Acts 1:2–3).
4. Who would seek to start a world religious movement if not one of the hopeful disciples? This theory requires someone to be motivated to impersonate Jesus other than the disciples themselves.
5. This explanation also fails to account for the empty tomb or missing body of Jesus.

Were the Disciples Influenced by Limited Spiritual Sightings?
1. The theory fails to account for the numerous, divergent, and separate group sightings of Jesus that are recorded in the Gospels. These sightings are described specifically with great detail. It’s not reasonable to believe that all these disciples could provide such specified detail if they were simply repeating something they didn’t see for themselves.
2. As many as five hundred people were said to be available to testify to their observations of the risen Christ (1 Cor. 15:3–8). Could all of these people have been influenced to imagine their own observations of Jesus? It’s not reasonable to believe that a persuader equally persuaded all these disciples even though they didn’t actually see anything that was recorded.
3. This explanation also fails to account for the empty tomb or the missing corpse.

Were the Disciples’ Observations Were Distorted Later?
1. In the earliest accounts of the disciples’ activity after the crucifixion, they are seen citing the resurrection of Jesus as their primary piece of evidence that Jesus was God. From the earliest days of the Christian movement, eyewitnesses were making this claim.
2. The students of the disciples also recorded that the resurrection was a key component of the disciples’ eyewitness testimony (more on this in chapter 13).
3. The earliest known Christian creed or oral record (as described by Paul in 1 Corinthians 15) includes the resurrection as a key component.
4. This explanation also fails to account for the fact that the tomb and body of Jesus have not been exposed to demonstrate that this late legend was false.

Were the Disciples Simply Telling the Truth?
1. This explanation has only one liability: It requires a belief in the supernatural; a belief that Jesus had the supernatural power to rise from the dead in the first place.

Every explanation offered for a particular set of facts has its own set of unique deficiencies. Even a true explanation will suffer from some apparent liability. As a cold-case detective, my cases (even those in which the defendant confessed to the crime following his conviction) have always presented unanswered questions and apparent deficiencies. Jurors were encouraged to make a decision in spite of these deficiencies by selecting the best inference from the evidence: the explanation that best explains the facts of the case while possessing the fewest liabilities. If we can overcome our bias against the supernatural, the Christian explanation is the most reasonable and suffers from the fewest number of explanatory liabilities. Click To Tweet