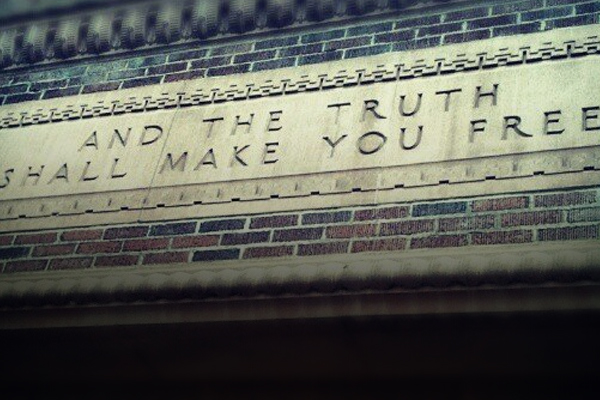 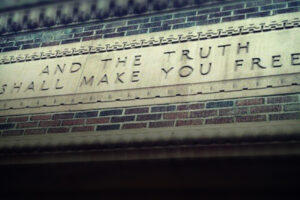 Why are you a Christian? What motivates the pursuit of your faith? What reason do you have to believe what you believe?

If you talk to your fellow brothers and sisters in Christ, you will doubtless hear many stories of why each person is a Christian. For many, it was an experience with God that first drew them to faith. Perhaps they were at a low point in their life and felt an experience with God was the turning point that put them on a better path. Perhaps they experienced what they believed was a miracle that cured them of a disease or helped them overcome an addiction.

For others, Christianity provides a certain structure in their lives. God provides love or assistance many may not have previously found elsewhere. The Church provides great social support, a safe environment to raise children in, or a comforting tradition they experienced as a child. I have heard non-believers speak positively about Christianity for many of these reasons. Although they rejected the claims of Christianity, they believed the religion produced good people and was therefore useful even if it was fiction. One of my partner’s recently talked about being raised in the church and how it influenced his moral code. Now a non-believer, he told me he had briefly considered returning to church when he had own kids because he wasn’t sure how to teach them good morals outside of religion. Even if Christianity was not true, it could still accomplish something for its adherents.

God may use any of these methods to reach out to us and bring us to Him. However, God wants more for us. In 1 Corinthians 15:12 – 19, the Apostle Paul wrote:

The scripture seems clear: our faith only matters if it is based on true events. If Christ did not truly rise from the dead, then we are wasting our time. Even if Christianity “works for us,” if it is not true then we are “of all men most to be pitied.”

Let us not be content to believe blindly in Christianity. Instead, be encouraged to study the claims of scripture and investigate whether they are actually true. We don’t need to be afraid of what we might discover, scripture teaches that truth is the highest goal in any investigation. The Apostle Paul taught that if we learned that the claims of Christianity were not true that our response should be to leave it behind.

I have confidence that Christianity is true, not simply because it “works for me,” but because I have investigated its claims and found there are good reasons to believe they are true. Knowing the truth has helped me in my relationship with God. There are many days when Christianity does not feel like it “works for me.” There are many days when I struggle to be obedient to the commands of God, days when I don’t want to give up my own plans to try to spend time serving Him, and many days when I know the relationships I have with those around me would improve if I were not a Christian. But the truth of Christianity prevents me from following my own heart. Whether I like it or not, at any given moment, the teachings of the scriptures are true. There really is a God who wishes to have a relationship with me and calls me to live a particular way.

Ultimately, regardless of how we came to first believe, or regardless of what keeps us from believing, at the end of the day it is the truth that matters. Click To Tweet

Ultimately, regardless of how we came to first believe, or regardless of what keeps us from believing, at the end of the day it is the truth that matters. It is this fact that motivates me in my pursuit and study of apologetics. I want to know not only what the scripture teaches but why I should trust and believe the scriptures are true to begin with.