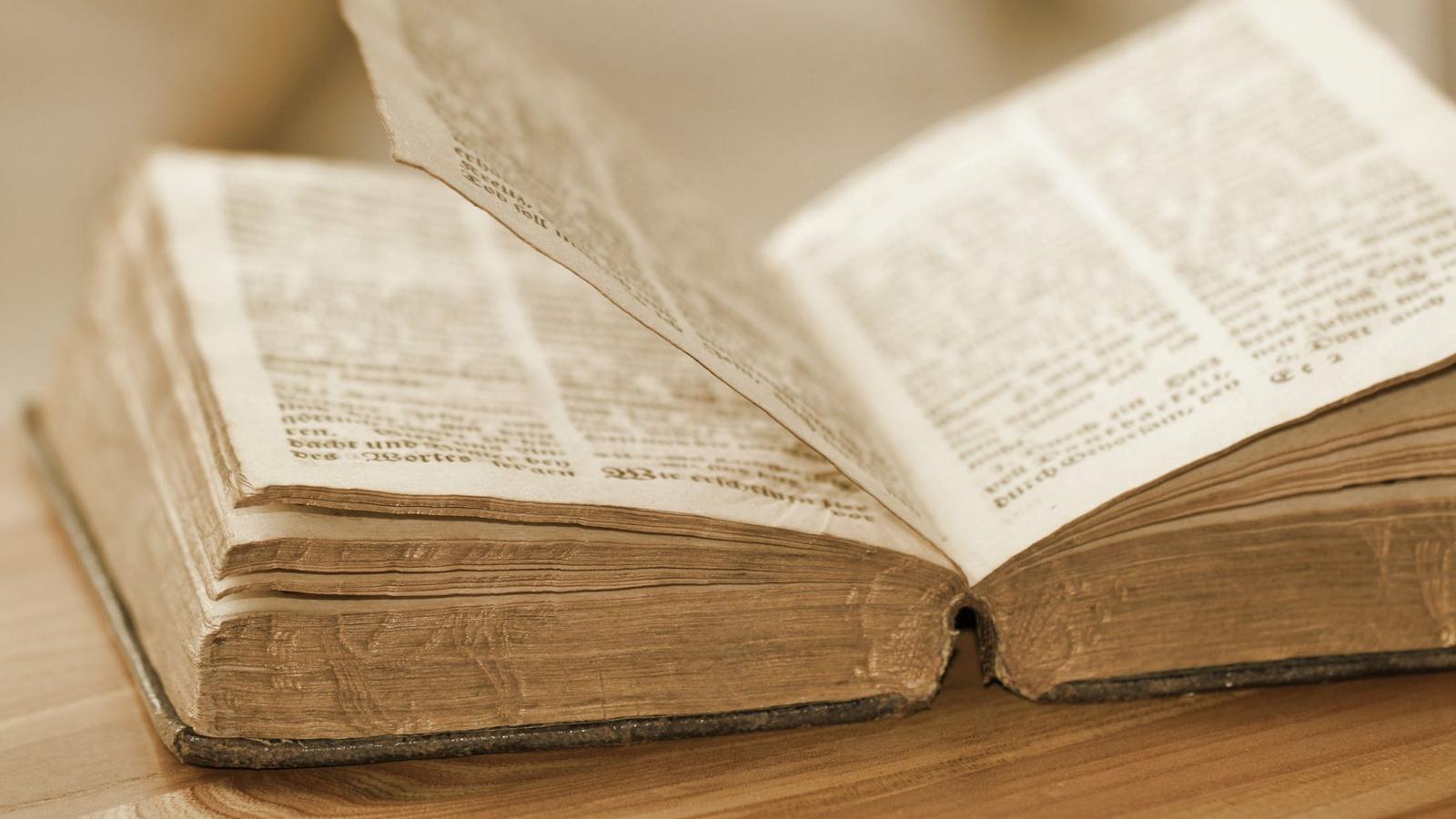 We’ve been investigating the late non-canonical gospels to determine why they were rejected by the Christian community even though they often contain nuggets of truth related to Jesus. These elaborate stories, legends and fabrications were written by authors who were motivated to alter the history of Jesus to suit their own purposes. They built these alternative narratives on the foundational truths of the original Gospels, however, and much can be learned about the historic Jesus from these late lies. Today, we’re examining the non-canonical documents falsely attributed to the Apostle Thomas:

The Gospel of Thomas (130-180AD)
This late non-canonical text was first discovered in 1945 as part of a large collection of papyri excavated near Nag Hammadi in Egypt. It is a collection of sayings attributed to Jesus, written in the Coptic language, and attributed to a conversation recorded by “Didymos Judas Thomas”.

Why Isn’t It Considered Reliable?
While the text claims to have been authored by the Apostle Thomas, scholars reject this attribution. The Gospel of Thomas appears far too late in history to have been written by Thomas or any other reliable eyewitness of the life of Jesus. The oldest manuscript fragments of the text (found at Oxyrhynchus, Egypt) are dated from 130 to 250AD, and the vast majority of scholars agree that the Gospel of Thomas was written no earlier than the mid-2nd Century. These scholars cite several passages in the text appearing to harmonize verses from the canonical Gospels. This would require the canonical Gospels to be in place before the writing of this text. In addition, scholars believe the Gospel of Thomas borrows from the language of Luke rather than the language of Mark. If this is the case, then this text must have followed Luke, a gospel which is known to have borrowed from Mark (and was, therefore, later than Mark). Some scholars even believe the Gospel of Thomas is dependent on Tatian’s “Diatessaron” (an effort to combine and harmonize the four canonical Gospels, written after 172AD), based on the use of Syriac colloquialisms. Bart Ehrman argues the Gospel of Thomas is a 2nd Century Gnostic text based on the lack of any reference to the coming Kingdom of God and return of Jesus. The earliest leaders of the Church also recognized the Gospel of Thomas was a late, inauthentic, heretical work. Hipploytus identified it as a fake and a heresy in “Refutation of All Heresies” (222-235AD), Origen referred to it in a similar way in a homily (written around 233AD), Eusebius resoundingly rejected it as an absurd, impious and heretical “fiction” in the third book of his “Church History” (written prior to 326AD), Cyril advised his followers to avoid the text as heretical in his “Catechesis” (347-348AD), and Pope Gelasius included the Gospel of Thomas in his list of heretical books in the 5th century.

How Does It Corroborate the Life of Jesus?
The Gospel of Thomas presents Jesus as a real person in history and affirms Him as a wise teacher. The teachings of Jesus are paramount in this text and nearly half of its sayings are repetitions and confirmations of teachings found in the canonical Gospels. The Gospel of Thomas affirms Jesus had many disciples and mentions Peter, Matthew, Thomas and James by name. Other Biblical characters (Mary and Salome) are also corroborated, and the text also confirms large crowds gathered to hear what Jesus had to say. Even though the text is simply a collection of sayings, the Gospel of Thomas confirms Jesus was, at the very least, a wildly popular travelling teacher in the areas of Samaria and Judea. The text also affirms Jesus had brothers and sisters and mentions John the Baptist by name.

Where (and Why) Does It Differ from the Reliable Accounts?
There are many good reasons to believe the Gospel of Thomas was written by Gnostic believers who allowed their saving trust in hidden, esoteric knowledge to taint their description of Jesus. The text was discovered among other Gnostic works and opens with the words, “These are the secret sayings that the living Jesus spoke and Didymos Judas Thomas recorded.” Salvation is found not in the substitutionary atonement of Christ on the cross (nor in “good works”), but is instead found in the secret, hidden words of Jesus if they are properly and insightfully understood. For this reason, the Gospel of Thomas fails to describe any of Jesus’ historic life and focuses instead on His words alone. This connection between hidden knowledge and salvation (or spiritual enlightenment) is characteristic of Gnostic groups of this era.

Why Isn’t It Considered Reliable?
Portions of the Infancy Gospel of Thomas claim “Thomas the Israelite” is the author, but this material appears to be a late addition and it is uncertain if it is referring to the Apostle Thomas. In any case, the document simply cannot have been written by the Apostle, given its late authorship and unfamiliarity with Jewish life and customs of the 1st Century. The text presupposes the Gospel of Luke and must, therefore, have been written after Luke’s text was distributed and well known; the author is dependent upon Luke for his information related to the life of Jesus, the Sabbath and the Passover. In addition, the text describes Jesus as a brilliant child, performing a number of miracles in Nazareth, completely contradicting the portrayal of the Nazoraeans as described in Luke Chapter 4. Luke describes the natives of Nazareth responding in shock to Jesus’ initial messianic teaching, seemingly unfamiliar that Jesus was anything more than a poor carpenter’s son. Irenaeus appears to refer to the Infancy Gospel of Thomas and include it in his list of unreliable non-canonical documents described in “Against Heresies” (180AD). Hippolytus and Origen also refer to a Gospel of Thomas in their respective lists of heretical books (although it is unknown if they are referring to this text or the “sayings” Gospel of Thomas mentioned earlier).

How Does It Corroborate the Life of Jesus?
The Infancy Gospel of Thomas attempts to provide details related to the first twelve years of the life of Jesus (details that are unavailable to us through the Gospel of Luke, Chapter 2). While much of the text is highly insulting to the character of Jesus as a boy, many facts related to Jesus are acknowledged here. Mary and Joseph are identified as Jesus’ parents and the narrative begins as they are fleeing to Egypt to escape the persecution of Herod. Jesus is described as a miracle worker, even as a very young boy. The text also describes Jesus performing miracles on the Sabbath and drawing the wrath of those who observed this, just as He often did in the canonical Gospels. The Infancy Gospel of Thomas also describes a scene in which Jesus identifies Himself as “Lord”, claims that He existed “before all worlds” and predicts his death on the cross. Jesus is also described as wiser than the Rabbis, and the text also indicates he was worshipped as God by those who saw His power.

Where (and Why) Does It Differ from the Reliable Accounts?
There are a number of distorted and disturbing characterizations of Jesus in the Infancy Gospel of Thomas. Jesus is often described as quick tempered, spiteful and disrespectful, almost as if the author was shaping him to resemble other Greek mythological “trickster” gods and pagan “child-gods” from antiquity. Jesus appears to be far more similar to pagan mythological gods than He is to the Christ we know from the canonical Gospels. Some scholars (such as Ron Cameron) believe that the Infancy Gospel of Thomas was designed as a piece of “Christian missionary propaganda”, intended to demonstrate the divine nature of Jesus in a manner familiar to the pagans proselytized by the early Christians. These non-believers had their own set of Greco-Roman or Egyptian gods; the Infancy Gospel of Thomas compared Jesus to these gods in a manner designed to impress Hellenistic, Egyptian and pagan sensibilities. While some would like to include the Gospel of Thomas as one of five Gospels describing the life, ministry and statements of Jesus, there were (and still are) good reasons to exclude it from the reliable record. Click To Tweet

While some skeptical scholars would like to include the Gospel of Thomas as one of five early Gospels describing the life, ministry and statements of Jesus, there were (and still are) good reasons to exclude it from the reliable record (along with the Infancy Gospel of Thomas). These documents are late fictions, written by authors motivated to use the name of Jesus for their own purposes. The four canonical Gospels (Mark, Matthew, Luke and John) are the earliest record of Jesus, written within the lifetimes of the eyewitnesses who knew Jesus personally.