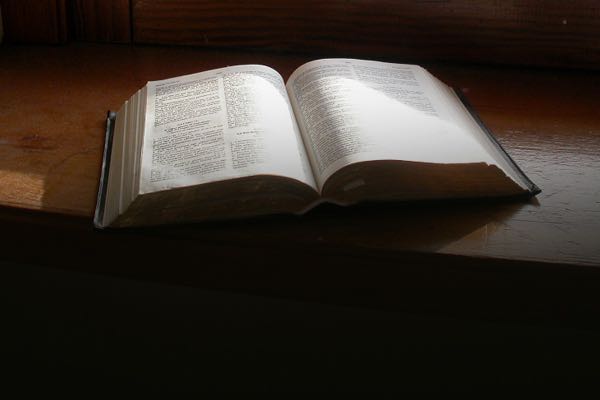 The first criteria I use to test the reliability of a witness is simply this: was the alleged “eyewitness” really present when the crime occurred? You can’t be a true eyewitness if you weren’t even there to see what it is you said you saw! This simple criteria is part of a four part reliability template I describe in Cold-Case Christianity, and reflects the California jury instructions for jurors who are asked to assess the reliability of eyewitnesses on the stand. As a skeptic, I examined this issue related to the claims of the Gospel authors. Matthew and John were allegedly eyewitnesses to the life of Jesus. Mark (according to the first century bishop, Papias) chronicled the eyewitness account of the Apostle Peter, and Luke recorded his own investigation of the eyewitnesses. But how early are these accounts? Could they have been written by people who were actually present during the life and ministry of Jesus?

The evidence indicates the Gospels are, indeed, early enough to have been written by eyewitnesses. Here is an excerpt from Cold-Case Christianity describing the evidence for the early dating of the New Testament Gospels:

The New Testament Fails to Describe the Siege of Jerusalem
Even before the temple was destroyed, the city of Jerusalem was under assault. No aspect of this three-year siege is described in any New Testament document, in spite of the fact that the gospel writers could certainly have pointed to the anguish that resulted from the siege as a powerful point of reference for the many passages of Scripture that extensively address the issue of suffering.

Luke Said Nothing About the Deaths of Paul and Peter
The apostle Paul was martyred in the city of Rome in AD 64, and Peter was martyred shortly afterward in AD 65. While Luke wrote extensively about Paul and Peter in the book of Acts and featured them prominently, he said nothing about their deaths. In fact, Paul was still alive (under house arrest in Rome) at the end of the book of Acts.

Luke Said Nothing about the Death of James
James was martyred in the city of Jerusalem in AD 62, but like the deaths of Paul and Peter, the execution of James is absent from the biblical account, even though Luke described the deaths of Stephen (Acts 7:54–60) and James the brother of John (Acts 12:1–2).

Luke’s Gospel Predates the Book of Acts
In the introduction to the book of Acts, Luke wrote: The first account I composed, Theophilus, about all that Jesus began to do and teach, until the day when He was taken up to heaven, after He had by the Holy Spirit given orders to the apostles whom He had chosen. (Acts 1:1–2) It’s clear that Luke’s gospel (his “former book”) was written prior to the book of Acts.

Paul Quoted Luke’s Gospel in His Letter to Timothy
Paul appeared to be aware of Luke’s gospel and wrote as though it was common knowledge in about AD 63–64, when Paul penned his first letter to Timothy. Note the following passage:

The elders who rule well are to be considered worthy of double honor, especially those who work hard at preaching and teaching. For the Scripture says, “You shall not muzzle the ox while he is threshing,” and “The laborer is worthy of his wages.” (1 Tim. 5:17–18)

Paul quoted two passages as “scripture” here—one in the Old Testament and one in the New Testament. “You shall not muzzle the ox while he is threshing” refers to Deuteronomy 25:4, and “The laborer is worthy of his wages” refers to Luke 10:7. It’s clear that Luke’s gospel was already common knowledge and accepted as scripture by the time this letter was written.

Paul Quoted Luke’s Gospel in His Letter to the Corinthians
Paul also seems to have been familiar with the gospel of Luke when he wrote to the Corinthian church (nearly ten years earlier than his letter to Timothy). Notice the similarity between Paul’s description of the Lord’s Supper and Luke’s gospel:

For I received from the Lord that which I also delivered to you, that the Lord Jesus in the night in which He was betrayed took bread; and when He had given thanks, He broke it and said, “This is My body, which is for you; do this in remembrance of Me.” In the same way He took the cup also after supper, saying, “This cup is the new covenant in My blood.”(1 Cor. 11:23–25)

And when He had taken some bread and given thanks, He broke it and gave it to them, saying, “This is My body which is given for you; do this in remembrance of Me.” And in the same way He took the cup after they had eaten, saying, “This cup which is poured out for you is the new covenant in My blood. (Luke 22:19–20)

Paul appears to be quoting Luke’s gospel—the only gospel that has Jesus saying that the disciples are to “do this in remembrance of me.” If Paul is trying to use a description of the meal that was already well known at the time, this account must have been circulating for a period of time prior to Paul’s letter.

Luke Quoted Mark (and Matthew) Repeatedly
Luke, when writing his own gospel, readily admitted that he was not an eyewitness to the life and ministry of Jesus. Instead, Luke described himself as a historian, collecting the statements from the eyewitnesses who were present at the time:

Inasmuch as many have undertaken to compile an account of the things accomplished among us, just as they were handed down to us by those who from the beginning were eyewitnesses and servants of the word, it seemed fitting for me as well, having investigated everything carefully from the beginning, to write it out for you in consecutive order, most excellent Theophilus; so that you may know the exact truth about the things you have been taught. (Luke 1:1–4)

As a result, Luke often repeated or quoted entire passages that were offered previously by either Mark (350 verses from Mark appear in Luke’s gospel) or Matthew (250 verses from Matthew appear in Luke’s account). These passages were inserted into Luke’s gospel as though they were simply copied over from the other accounts. It’s reasonable, therefore, to conclude that Mark’s account was already recognized, accepted, and available to Luke prior to his authorship of the gospel.

Based on these facts, an early dating time-line can be established: