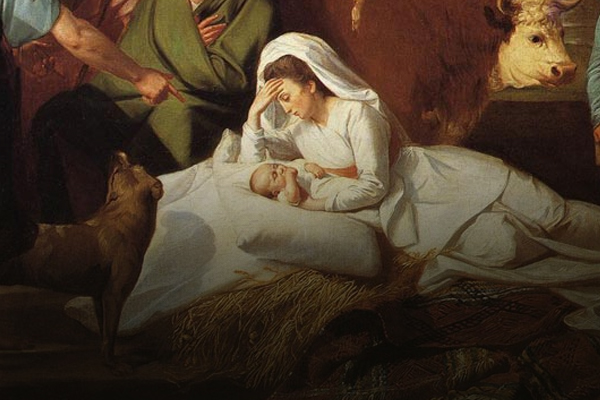 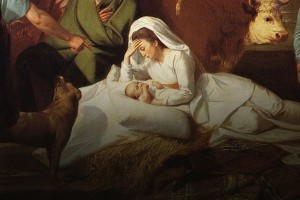 I’ve been examining the New Testament accounts of Jesus’ birth and responding to a number of skeptical objections related to the virgin conception. If the virgin conception was an historical event that was well known to the earliest Christians, why wasn’t it mentioned by Mark? Mark’s gospel is widely accepted as the first account of the life and ministry of Jesus. Why doesn’t it contain anything about the virgin conception? Does the absence of a birth narrative in Mark demonstrate that the entire story is a late fictional creation?

Silence Doesn’t Mean Denial
While it is true that Mark does not include a birth narrative, this does not mean that he was either unaware of the truth about Jesus or denied the virgin conception. Eyewitnesses often omit important details because they either (1) have other concerns they want to highlight with greater priority, or (2) presume that the issue under question is already well understood. The gospel of Mark exhibits great influence from the Apostle Peter. In fact, the outline of Mark’s Gospel is very similar to the outline of Peter’s first sermon at Pentecost. According to the Papias, Mark was Peter’s scribe; his gospel is brief and focused. Like Peter’s sermon in Chapter 2 of the Book of Act’s, Mark is focused only on the public life, ministry, death and resurrection of Jesus. But Mark is not alone in omitting the birth narrative. John’s gospel is considered by scholars to be the last Gospel written. The prior three “synoptic Gospels” were already in circulation and the issue of the virgin conception had already been described in two of them. Yet John also omitted the birth narrative. Why? John clearly wanted to cover material that the other Gospel writers did not address; over 90% of the material in the Gospel of John is unique to the text. If John did not agree with the virgin conception as described in the Gospels of Matthew or Luke, he certainly had the opportunity to correct the matter in his own work. But John never does this; his silence serves as a presumption that the “virgin conception” has been accurately described by prior authors.

Brevity Doesn’t Mean Ignorance
It really shouldn’t surprise us that the earliest version of the life of Christ would be the shortest and most focused account. Something very similar happens when police officers are dispatched to a crime scene. The first radio broadcast to responding units is always incredibly brief, offering just the bare details needed to get officers rolling in the right direction, aware of the most important issues they may be about to face. The first broadcast is brief, focused on essentials and designed for a purpose. As units are closing in on their arrival at the scene, a second or third broadcast is offered in order to provide more detail, especially if a responding unit has a question that needs clarification. The Gospel of Mark is the first broadcast about the life of Jesus. As such, the Gospel is prioritized around the same public events that concerned Peter; the events that were most important in articulating the salvation that is offered through the cross.

Absence Doesn’t Mean It’s Not Assumed
At the same time, Mark does not appear to be ignorant of the “virgin conception”. Note, for example, that Mark uses an unusual expression related to Jesus’ parentage:

Mark 6:1-3
Jesus went out from there and came into His hometown ; and His disciples followed Him. When the Sabbath came, He began to teach in the synagogue ; and the many listeners were astonished, saying, “Where did this man get these things, and what is this wisdom given to Him, and such miracles as these performed by His hands ? “Is not this the carpenter, the son of Mary, and brother of James and Joses and Judas and Simon ? Are not His sisters here with us?” And they took offense at Him.

It is highly unusual for the “many listeners” in this first century Jewish culture to describe Jesus as the “son of Mary” rather than the “son of Joseph”. These first century eyewitnesses of Jesus apparently knew something about Jesus’ birth narrative and chose to trace Jesus’ lineage back through His mother rather than through His father (as would customarily have been the case). This early reference in the Gospel of Mark may expose the fact that Mark was aware of the “virgin conception” and that the first eyewitnesses of Jesus were also aware of Mary’s marital status at the time of her conception. The absence of a birth narrative in Mark does not demonstrate that the narrative (including the virgin conception) is a work of fiction. Click To Tweet

The absence of a birth narrative in Mark does not demonstrate that the narrative (including the virgin conception) is a work of fiction. Mark appears to have been writing with a specific purpose and sense of urgency that precluded its inclusion, and he assumed the truth of the narrative in his text.