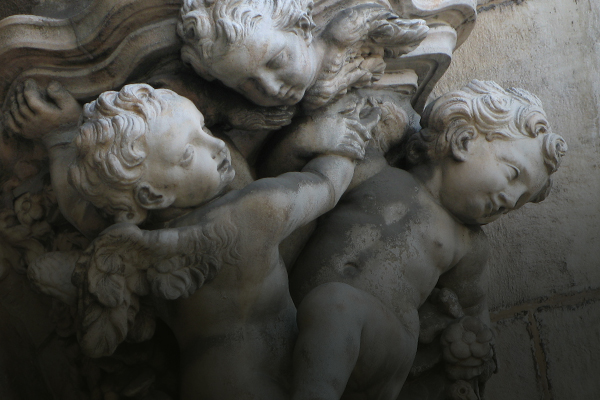 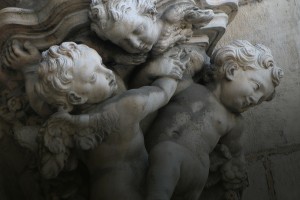 There are good reasons to believe angelic beings exist (even without the specific description of these beings in the Bible), and God’s Word provides us with much more detail about their existence and nature. But another question still lingers: why did God create angel beings exist in the first place? Angelic beings were created for much the same reason humans were created. They were created to love God. Those angelic beings who continue to love God are still angels. While some have fallen away and become demons, those who remain are in a love relationship with their Creator. This relationship with God provides us with another clue to their existence (and God’s purpose in creating them in the first place). Those angelic beings who love God also love us. In this way, the angels serve an important purpose: they are used by God to reflect His love for His children. Let’s take a look at the love angels express for God:

They Love to Praise and Glorify Him
This attribute of the angelic order separates angels from demons. Those who still adore God are the angels; those who reject Him are the demons. There is an entire group of angels whose only job is attending to God (Cherubim and Seraphim):

Revelation 5:11-12
And I looked, and I heard the voice of many angels around the throne and the living creatures and the elders; and the number of them was myriads of myriads, and thousands of thousands, saying with a loud voice, “Worthy is the Lamb that was slain to receive power and riches and wisdom and might and honor and glory and blessing.”

They Love to Be in His Presence
Angels are constantly returning to the presence of God. When humans get a glimpse of angels, they are often still radiating the “glow” of God’s glory. They are still “white” from being in His presence, in much the same way Moses was “white” after being face to face with God on the mountain when he received the Ten Commandments:

They Love to Carry His Message
Angels are also in love with God’s Law. The Apostle John said we demonstrate our love for God when we obey his Law (1John 5:3). Angles understand this principle. They love God’s truth and they love to share it with others:

Hebrews 2:1-3
For this reason we must pay much closer attention to what we have heard, lest we drift away from it. For if the word spoken through angels proved unalterable, and every transgression and disobedience received a just recompense, how shall we escape if we neglect so great a salvation?

Given how much angels love God, it shouldn’t surprise us they would reflect this love on us as God’s created children. God loves those who have repented and given themselves to Him. This is why the angels also love the saints:

They Love Us Enough to Appear to Us in Our Own Form
Angels are immaterial, spiritual beings. But when they appear humans, they typically take on our form. Why would they do this? Perhaps it is because they love us and want to connect with us as created beings. One thing is clear, however. Angels never appear to wicked people. They only appear to the saints; to those who belong to God:

Genesis 18:2-5
And when he lifted up his eyes and looked, behold, three men were standing opposite him; and when he saw them, he ran from the tent door to meet them, and bowed himself to the earth, and said, “My lord, if now I have found favor in your sight, please do not pass your servant by. Please let a little water be brought and wash your feet, and rest yourselves under the tree; and I will bring a piece of bread, that you may refresh yourselves; after that you may go on, since you have visited your servant. “And they said,” So do, as you have said.”

They Love Us Enough to Announce the Savior
Ever notice how many angelic appearances there are in the nativity story, or how many angels appear in the Old Testament after God makes His covenant with Abraham? Angels often appear in the Biblical record as messengers announcing God’s plan of redemption. They joyously relish in this activity and celebrate the promise of Salvation:

Luke 2:8-12
And in the same region there were some shepherds staying out in the fields, and keeping watch over their flock by night. And an angel of the Lord suddenly stood before them, and the glory of the Lord shone around them; and they were terribly frightened. And the angel said to them, “Do not be afraid; for behold, I bring you good news of a great joy which shall be for all the people; for today in the city of David there has been born for you a Savior, who is Christ the Lord.”

They Love Us Enough to Rejoice at Our Conversion
In keeping with this role of announcing the Good News, angels also seem to rejoice whenever any of us decides to repent and place our trust in Christ:

Luke 15:8-10
“Or what woman, if she has ten silver coins and loses one coin, does not light a lamp and sweep the house and search carefully until she finds it? And when she has found it, she calls together her friends and neighbors, saying, ‘Rejoice with me, for I have found the coin which I had lost.’ In the same way, I tell you, there is joy in the presence of the angels of God over one sinner who repents.”

They Love Us Enough to Watch Over Us
Angels care so much about God’s chosen people they continue to stay in our presence, even when we forget they are here:

1 Timothy 5:21-22
I solemnly charge you in the presence of God and of Christ Jesus and of His chosen angels, to maintain these principles without bias, doing nothing in a spirit of partiality.

They Love Us Enough to Surround and Protect Us
Angels stay close to us for a reason. They are part of that spiritual battle Paul mentioned in Ephesians 6:12-13. The angels protect us:

2 Kings 6:15-18
Now when the attendant of the man of God had risen early and gone out, behold, an army with horses and chariots was circling the city. And his servant said to him, “Alas, my master. What shall we do?” So he answered, “Do not fear, for those who are with us are more than those who are with them.” Then Elisha prayed and said, “O LORD, I pray, open his eyes that he may see.” And the LORD opened the servant’s eyes, and he saw; and behold, the mountain was full of horses and chariots of fire all around Elisha.

They Love Us Enough to Worship Alongside the Church
Angels are always in our presence. This means they are also in our presence while we are gathered together worshiping God.

1 Corinthians 11:5-11
But every woman who has her head uncovered while praying or prophesying, disgraces her head; for she is one and the same with her whose head is shaved. For if a woman does not cover her head, let her also have her hair cut off; but if it is disgraceful for a woman to have her hair cut off or her head shaved, let her cover her head. For a man ought not to have his head covered, since he is the image and glory of God; but the woman is the glory of man. For man does not originate from woman, but woman from man; for indeed man was not created for the woman’s sake, but woman for the man’s sake. Therefore the woman ought to have a symbol of authority on her head, because of the angels.

They Love Us Enough to Take Us Home to God
Finally, it is God’s holy angels who will someday take us back home to Him. The angles love us enough to make sure God’s chosen will be reunited with God:

Luke 16:21-23
Now it came about that the poor man died and he was carried away by the angels to Abraham’s bosom; and the rich man also died and was buried.