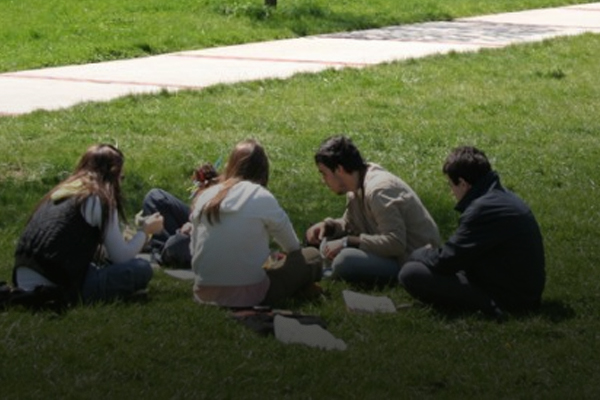 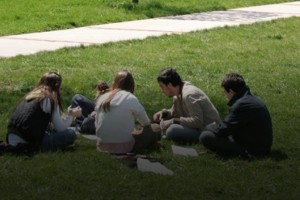 My first year as a youth pastor was a challenging year of self-evaluation. When I was initially offered the job, I wasn’t sure I could lead or teach high-schoolers; I’d been working with younger students and my own children were not yet teenagers. But I was ambitious and eager, so I accepted the position. I spent several months trying to decide what the teaching focus should be for my group. I surveyed some of the key seniors who had been in the ministry to see what they thought. We ended up doing a series on James and Ecclesiastes, and most of my energy that first year was expended on designing the Sunday service. I was concerned about “relevance” and spent a lot of time trying to understand how to communicate to this age group. I thought experience was as important as content. Actually, I thought experience was more important than content. My students got their money’s worth every Sunday. It was a musical, visual smorgasbord of video, images, interactive eclecticism and burning candles. It was ridiculous.

At the end of the first school year I could tell something was amiss. Most of my key seniors seemed disconnected and disinterested. I got through that first summer and the first semester of the next school year, striving continually to capture the imagination and attention of my student congregation. At Christmas break that year I had an epiphany. One of my key seniors from the prior year returned from Sonoma State where she had been attending her first year as a College freshman and announced to her parents that she was no longer a Christian. I got the call from her mother. I met with this student and she told me about her new life as an atheist. While I was frustrated and didn’t seem to be able to persuade her otherwise, I also wondered if she was the exception or the rule. I did some research on my other graduating seniors from the prior year. All but one had left Christianity, and they were only in their first semester as freshmen!

I knew I was a large part of the problem. I spent several weeks learning the truth about the flight of young people from Christianity and then committed myself to be a part of the solution. I overhauled my youth ministry and became a Christian Case Maker. I’m still upset that I didn’t do it earlier. I came to faith through a careful and exhaustive examination of the evidence (as I’ve described in my book) yet I abandoned that approach once I had the chance to work with students. I falsely assumed they would be more interested in an experience than an education. I got caught up in fun rather than facts. Of course, I realized now this was a false dichotomy. I began to shape my ministry around the evidence and found ways to present this evidence to the age group I was leading. I stopped teaching and started training.

When young people are asked why they walked away from Christianity, their responses typically fall into two large categories. Most express some form of intellectual or rational doubt, but others reveal a more self-indulgent motive. For many young Christians, the allure of our hedonistic culture is too much to withstand. College becomes the place where they decide to explore their selfish passions and desires. As a youth pastor, I certainly talked a lot about the moral temptations that face all of us as Christians trying to live Godly lives in an ungodly culture. But I told my students, as their leader, I felt a distinct responsibility to equip them with the evidence first, so they could make their own decisions related to their passions and desires. When parents asked me why I spent so much time training young people in “apologetics” I typically offered the same response:

“If your students leave the faith because they want to pursue their selfish desires related to sex, drugs or drinking, that’s on them. I was an atheist until the age of thirty-five; I know what it’s like to chase after all that stuff. I get it. But if your students walk away from Christianity because they don’t believe it is factually true, that’s on me. It’s my responsibility to prepare them with the truth in a way they can understand and then defend for themselves.” As youth pastors, we aren’t responsible for some of the poor choices our students will make. But we are responsible for teaching them the complete and robust truth about the Christian worldview. Click To Tweet

As youth pastors, we need to recognize that we aren’t responsible for some of the poor choices our students will make if they decide to chase after their own lusts and passions. But we are responsible for teaching them the complete and robust truth about the Christian worldview, including the evidences and arguments they will need to defend what they believe. That’s our responsibility and that’s why it’s so important for youth pastors to be competent Christian Case Makers.