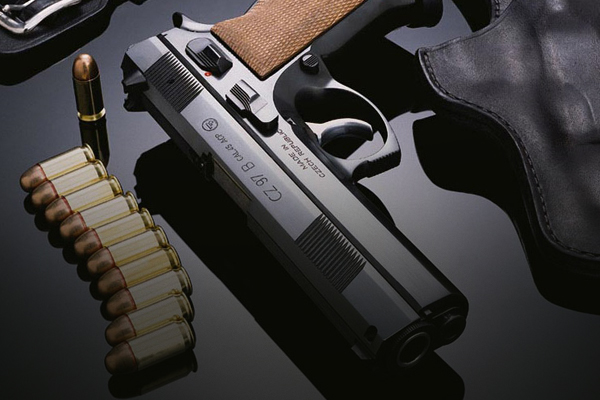 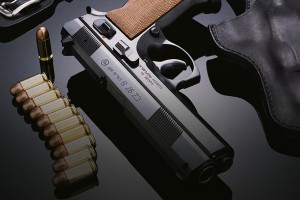 The month of May provided yet another Memorial Day weekend to launch the 2012 Summer Season. This important weekend of remembrance was more than a seasonal marker in our yearly calendar. It was an opportunity for all of us to remember the sacrifices made by those who served or died to protect our liberties. It’s also an opportunity for us, as Christians, to think about what God says about the rare, but sometimes necessary, use of deadly force. As Christians, should we ever advocate the use of such force, or is committed pacifism the only true expression of our Christian Worldview?

Most Christians accept the idea that some uses of deadly force are necessary and justified from a Biblical perspective. Scripture supports this understanding in the following ways:

The Old Testament Advocated the Use of Deadly Force
God did not prohibit “killing” in the Ten Commandments. Instead, God prohibited “murder” that involved intentional “malice”. The Old Testament allowed for several forms of justifiable homicide, including homicides committed in self-defense or in the defense of one’s home (Exodus 22:2) and homicides committed when trying to protect the life of an innocent third party (Exodus 2:11-12 and Genesis 14:14-16). These two guiding justifications for homicide were employed by God himself as he occasionally directed the nation of Israel, and these two exceptions are still in place across the United States in the Penal Codes of each state.

The New Testament Also Advocates the Use of Deadly Force
Jesus clearly told his followers that His teaching was consistent with the Old Testament instruction that preceded Him (Matthew 5;17-20), even as He introduced a new covenantal agreement with mankind related to Salvation. In addition, the New Testament affirms the justified use of force in the following ways:

Jesus Believed in Justifiable Aggressive Action
Jesus was quick to act aggressively to defend what He believed was right (see John 2:13-16). Jesus violently turned over the tables in the temple and His actions were warranted by the just nature of His cause.

Jesus Called for the Use of the Sword
Jesus told his disciples to arm themselves with swords (see Luke 22:36). At the very least, Jesus called his disciples to prepare themselves for their own defense. And the sword (an instrument that can be used to kill someone) was evidently allowable in the eyes of Jesus.

Jesus and John Never Condemned the Duty of Soldiers
Both Jesus and John shared the same perspective on the appropriate use of force. Maybe that’s why Jesus never commented negatively on any soldier he ever came in contact with (see Matthew 8:5-12). In addition, John the Baptist never scolded the soldiers who came to be baptized (see Luke 3:12-14). In fact, while he admonished them not to extort money or accuse people falsely, he never told them to accept a position of pacifism.

Paul Affirmed the Occasional Need for Deadly Force
Paul recognized the fact that government has the authority to use deadly force as it “bears the sword” (see Romans 13:1, 3-4) and Paul did not deny the government’s authority to execute him if the government found that Paul had done evil (see Acts 25:9-11).

Jesus Will Use Justifiable Deadly Force
With all this in mind, it’s much easier to understand and accept the way that Jesus is then depicted in the Book of Revelation, where he is described as a warrior at End Times (see Revelation 19:11-21).

Even though these passages of Scripture advocate the rare but justified use of deadly force, many Christian pacifists have argued that Jesus’ teaching related to “turning the other cheek” (Matthew 5:38-41) prohibits Christians from using force of this kind. Notice, however, that Jesus talks about being struck on the “right” cheek in this passage in Matthew’s gospel. Many Biblical scholars have noted that such a blow would have to be delivered by an attacker using his right hand in a backhanded manner. In the Jewish culture of Jesus’ day, such a blow was an act of disrespect more than it was an act of physical aggression. In this context, Jesus was simply teaching that we are to restrain ourselves from answering insult with insult. This passage has nothing to do with the justifiable use of force in order to protect oneself or protect the life of an innocent third party.

These two justifications (self-protection and protecting an innocent third party) ought to guide us as we examine our motivations to go to war. This sort of force ought to be rare and carefully justified. While we may disagree on the valid justification for a specific act of war in the past, we can truly recognize our fallen war veterans as heroes when we understand the proper Biblical reasoning for force. Moral decisions of this nature require heroic bravery and thoughtful wisdom. We hope your Memorial Day weekend provided you with an opportunity to remember the courage of those who preceded us, even as we think clearly about the teaching of Scripture on this issue. We’ve writen much more about this in our article, “What God Says About War“.

What Do We Mean When We Say the Bible is Inerrant? (Video)