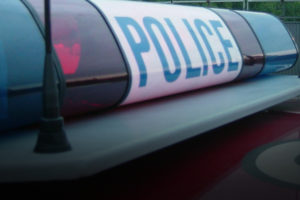 One night around dinner time my partner and I were driving down the road and saw a car that had a busted rear window. Over the next hour or so, we conducted an investigation that would, in some ways, remind me of the process each of us must engage when making spiritual decisions.

That car with the broken window caught our attention because (1) it is unusual to see a car with a broken window, and (2) a broken window can be a specific indicator of criminal activity. One of the most common ways for a suspect to force their way into a car to steal it – or items out of it – is to smash a window, so when we see a broken window on a car driving down the road, it immediately causes us to wonder if the car might be recently stolen. In addition to that, I noticed the car was a relatively non-descript, older model car. These are the exact type of cars commonly targeted by car thieves because they “blend in.” Criminals think a common-looking car won’t draw extra attention from police. They typically want to steal cars for a particular purpose – usually to commit other crimes – and they don’t want to be stopped by police in the process. So the fact that this car was consistent with the type of cars that are commonly stolen, and the fact the rear window was broken out, really raised my suspicions about it. Finally, when we ran the license plate we found out that the registered owner was a female and from what we could tell it looked like a male – about 20 years old – was alone in the vehicle.

Based on everything I was seeing, I was suspicious. It was certainly consistent with what a stolen car would look like. However, there was no way to know for sure that the vehicle was stolen or that the driver was a criminal. In fact, if the vehicle had been reported stolen, we would have seen that when we ran the vehicle’s license plate. But when we ran the plate it came back clean. So if it was indeed stolen, it would mean that the car had just been taken and that we had been lucky enough to find it before the victim even had a chance to report it to the police.

So that brings us to an interesting question, even though we didn’t know for sure if the vehicle was stolen or not, should we investigate it further or should I let it go and keep going about my shift? If I stop the car and it ends up not being stolen, then I’ll have wasted my and my partner’s time, not to mention the driver’s time. But if I let it go only to find out later that it was stolen and that the victim just hadn’t noticed it was missing yet, then I’ll have been negligent in my duty to stop the thief.

In the end, we decided to stop the car and conduct an investigation. The car had some other issues as well (it’s brake lights didn’t work) so we pulled it over at a gas station and I started talking to the driver about what he was up to. The driver told me he was headed home to San Pedro where he lived. Now this stood out to me because San Pedro is in the far south end of Los Angeles County near the Port of LA and when we pulled the car over it had been driving north, so his statement that he was going home didn’t really seem consistent with the behavior we had seen from him prior to the stop. The driver told me he had just recently purchased the car and hadn’t changed it into his name yet. He explained he had met the previous owner of the car because they lived near each other and he’d got the car cheap, for only a couple hundred dollars. The driver wasn’t really sure the name of the person he bought the car from or where they lived exactly, and didn’t have a telephone number or any other way to get in contact with them. All the driver was able to say about the previous owner was that she was a female in her 40’s.

The driver told us that after he bought the car, he accidentally locked the keys in the car and had to break the window to get back into the car. The driver even had some paperwork that he said would prove he had purchased the car. He told me the previous owner had brought him the paperwork, showed him identification indicating she was the same person listed as the registered owner, and signed the paperwork in front of him.

I noticed the document the driver had was essentially a sales paperwork form. Now, normally this type of paperwork would have the previous registered owner’s information and signature and the new purchaser’s information and signature. What stood out to me about this particular paperwork is that it was only partially filled out. In fact, there was almost no information about the registered owner other than a “squiggle” on the line where the sellers’ signature should have been which was recently dated. It was a kind of interesting situation, the driver could provide paperwork that he claimed would clear him from all suspicion, but at the same time the paperwork was vague enough as to leave open questions about whether the driver should be in legal ownership of the car.

Based on the driver’s statements and the paperwork I had only more questions about him, but I still didn’t have anything to hang my hat on to prove the car was stolen for sure.

While we still had the driver stopped I asked the local LAPD officers to go by the registered owners’ address to see if we could contact her and get her side of the story. Unfortunately, when they went by the house no one was home and we had no other way of immediately contacting them. So I started doing some research on the registered owner and finally found some documentation indicating she had died about 10 years prior. If that was true, then there would be no way the driver had purchased the vehicle from them. This also meant that the squiggle on the registered owner’s signature line was not signed by the actual registered owner.

Now my investigation was wrapping up, we had pursued a few different avenues and had essentially run out of things we could do to further investigate the vehicle and the driver. In the end we still had no clear confirmation the vehicle was stolen for sure. However, we believed we had good reason to believe the following:

So that brings us back to our earlier question, even though we didn’t know for sure if the vehicle was stolen or not, should I arrest the driver and hold the vehicle, or should I let it go?

Making an arrest in California allows officers and detectives 48 hours (excepting weekends and holidays) to file charges against the person they have in custody. At the end of the 48 hours, if charges cannot be filed, then the charges must be dropped. This meant that if we arrested the driver, we would have an additional 48 hours to try to find the legal owner of the vehicle and talk to them about what happened to the car. If we didn’t make the arrest, and later found out the car was stolen, we may have given up our only opportunity to get the car back for the victim.

In the end, no one could help us to make the decision; no victim was available to say, “that’s my stolen car,” no witness was present to say, “I know that guy is innocent because…” Instead, we had to make a judgement about what we were going to do based on the “totality of the circumstances.” Based on everything we knew, was it more reasonable to think the car was stolen or not? Even though many questions remained about the incident, we could only go with what we knew. And because the most reasonable inference from the evidence was that the vehicle was stolen, we were compelled to arrest him.

In some ways, this reminds me of our position as we attempt to make spiritual decisions. Like my partner and I, we are all faced with evidence that at times might feel incomplete or leave something to be desired. I would love to have every question in an investigation answered, but unfortunately that is often not possible.

When thinking about Christianity we can kind of think about things the same way my partner and I thought about that stolen car. “Is Christianity consistent with the world I see around me, the things I already know are true?” “Can I test the claims of Christianity, just as I tested the claims of the driver we had stopped?”

As we each investigate the claims of Christianity, there will rarely be a time when someone can just tell us what is or is not true. I’ve heard some people say, regarding their disbelief, that if God was real he should just show himself to them and then they would believe. I felt similar on this stop, “You know, if only the victim would show up and tell us if the car is stolen, we would know for sure if we are making the right decision!” It would have made things so simple! Sometimes as a police officer I am lucky enough to have a victim or witness point to the suspect and say, “That’s him!” but I often do not have that luxury. I guess I could have told the bad guy, “Hey, no one told me you’re a bad guy for sure, so I’ll just ignore all the evidence that points to your guilt and let you go” but that somehow seems like it would have been the wrong decision, don’t you think?

We are all on a journey together investigating the claims of Christianity, whether we describe ourselves as believers or not. - Jimmy Wallace Click To Tweet

We are all on a journey together investigating the claims of Christianity, whether we describe ourselves as believers or not. I just want to suggest to you that if we wait until we are 100% certain about anything before we make a decision, we may be setting ourselves up with unreasonable and impossible goals. There may never come a time when all our possible questions can be answered, our doubts completely removed. Instead of focusing on the information we wish we had, we ultimately are responsible for the decisions we make based on what we know.

Jimmy Wallace is a Police Officer, a Field Training Officer in Los Angeles County, and a Christian Case Maker.