What Is Man? (Interview with Edgar Andrews)

J. Warner November 19, 2018 Nature of Humans, Writings Comments Off on What Is Man? (Interview with Edgar Andrews) 3,522 Views 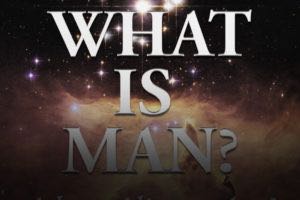 One of the most pressing issues related to human identity and purpose is the answer to a simple question: “How did we get here?” This is the first question asked by any worldview (including the Christian worldview), and the answer unlocks many of the other mysteries of life. Edgar Andrews, physicist, engineer, and Emeritus Professor of Materials at Queen Mary, University of London, addresses this important question in his new book:

J. Warner:
Edgar, can you tell my readers a little bit about your background?

Edgar:
Both my professional life and my Christian life go back 65 years, so I’ll have to be selective. Professionally, I am Emeritus Professor of Materials at UK’s London University, and hold a first degree in theoretical physics, a PhD in Applied Physics, and a DSc (higher doctorate) in the Physics of polymeric materials. I have published well over 100 peer-reviewed research papers and a few technical books and am a Fellow of the UK Institute of Physics and a Chartered Engineer.

Following ten years in industrial science, I obtained a senior university post and was charged with the creation of a Department of Materials at Queen Mary College (a constituent School of the University of London). Five years later, at the age of 35, I became its first Head and was appointed to the first Chair of Materials in the University. I also served for three years as Dean of Engineering.

In furtherance of my subject, I was able to continue my links with industry, serving as an international consultant to the Dow Chemical Company, USA, for over thirty years and to the 3M Company, USA, for over 20 years. I was also a member of the Scientific Advisory Board of the Finnish National Oil Company for five years, and a non-executive director of a UK public ceramics company for ten years.

During the last twenty years before I retired, I frequently acted as an expert witness in the UK High Court and Court of Appeal, as well as in Canadian and American courts, in a variety of long-running patent and product-liability cases.

My Christian life has run in parallel with (but not separated from!) my professional life, where I have always confessed openly my faith in Jesus Christ at every opportunity. I was not brought up in a Christian home and until I was 18 I had no interest in religion. However, during my first year at university, at the age of 19, I received an inexplicable desire (hunger might be a better word) to read the New Testament. I borrowed a copy from a friend and began to read. I had not progressed far into the Gospels before the Lord Jesus Christ made himself known to me and opened my heart to receive the message of salvation by grace.

Since that day, I have had the privilege of serving him in a variety of ways, as a ‘preaching elder’, part-time pastor, writer, publisher, and long-serving chairman of several Christian schools and charities. In my role as an apologist, apart from writing a number of books, I may have been the first creationist to debate Richard Dawkins. That was at the Oxford Union “Huxley Memorial Debate” in 1986 and the speeches and discussion are still available on the internet (search for “Huxley Memorial Debate”). Dawkins and I were both seconders (against and for the motion respectively) and thus went head-to-head, which isn’t always obvious in the internet reports.

J. Warner:
Your latest book, “What Is Man; Adam, Alien or Ape?” attempts to answer the question offered by the Psalmist: “What is Man?” (Psalm 8:4). Why do you think the “specialness” of man (as you put it) is so contentious?

Edgar:
In Romans 1:28, Paul says of ancient mankind, “they did not like to retain God in their knowledge”, and nothing has changed. As a race, we are by nature in rebellion against God, preferring to worship “idols” of our own making rather than the God who “gives to all, life and breath and everything”, and in whom “we live and move and have our being” (Acts 17:25, 28). One way of avoiding God is to deny that he exists, but many find it more comfortable just to deny that man was created in God’s image and given special responsibilities towards their maker. If we are simply over-evolved apes, differing from other animals in degree but not in kind, then we have no more responsibility towards God than chickens or chimpanzees. But, of course, God says otherwise. Animals are incapable of sin because they are not moral creatures, but if we are indeed made in God’s image as the Bible declares, we are moral beings, not only capable of sin but answerable to God for it. By nature, therefore, we simply do not want to be enlightened as to our true nature as specially created in God’s image. We seek alternative answers to the question “What is Man?” that airbrush God out of the picture, no matter how unsatisfactory, illogical or bizarre those answers might be. Hence the variety of opinions current today about man’s origin and nature, opinions which have only one thing in common, namely, the exclusion of God from any explanatory role.

J. Warner:
Your book has a provocative title. Why did you decide to explore these three characterizations of humanity?

Edgar:
The three characterizations are intended to encourage the reader to see the ‘big picture’, encompassing (as they do) the conflicting explanations we are offered today when seeking to understand the phenomenon of man. “Adam” refers to the biblical narrative of man’s origin, nature and destiny, and embraces not only man’s origin but also the mission of the “last Adam”, Jesus Christ—who came to salvage people from their lost condition and eventually fulfill God’s purpose for mankind in the form of his redeemed and glorified church. This theme is worked out in the final part of the book.

“Alien” is shorthand for two related ideas. Firstly, the theory that man is actually an alien invader from space or, at least, arose from life seeded on earth by an alien race. Secondly, the more common belief that intelligent life exists elsewhere in the cosmos and that success in locating alien cultures will give us a better understanding of ourselves. This is the avowed purpose of SETI, the search for extraterrestrial intelligence, a purpose that constitutes the main driving force behind current radio-astronomy and the hugely expensive construction of new radio-telescopes around the world.

Finally, “ape” refers to the belief, almost universally held in Western society today, that man is simply an ape who, quite by chance, won the evolutionary jackpot.

In writing this book I took the view that to retell the biblical narrative would make no impression on people who have lost all sense of their human identity, unless it was presented alongside a deep critique of the non-theistic narratives that hold center-stage in modern secular thought and stand in urgent need of rebuttal.

J. Warner:
Who is your audience for this book, and how can this book help readers? What is the ONE thing you hope readers learn from your book?

Edgar:
The intended audience is two-fold. The book (like its predecessor, “Who made God?”) is written in a reader-friendly style to engage the interest and attention of the intelligent person-in-the-street, who may have no belief-system or commitment but is willing to hear what the Bible has to say when placed in a modern and reasoned context.

Secondly, I believe the book will strengthen the resolve of Christians to resist the infiltration of secular thinking into their churches and equip them to meet the challenges of an unbelieving world. I want them to see that a biblical world-view does have answers to the scientific and intellectual criticisms urged against it—answers that are not only defensive but are “mighty in God for pulling down strongholds, casting down arguments and every high thing that exalts itself against the knowledge of God, bringing every thought into captivity to the obedience of Christ” (2 Corinthians 10:4-5). Paul was, of course, speaking of the Scriptures as God’s message to mankind. If the reader can learn from a scientist that it is OK to rely on the Bible as the ultimate source of truth about God, the universe, and man, I shall have achieved my purpose.

J. Warner:
Edgar, on a personal level, I am amazed at your energy and enthusiasm, especially given your (ever-young) age. How do you manage to keep up with the technology and culture so well?

Edgar:
One honest answer would be that I don’t know the answer! However, I do remember Paul’s words in 1 Corinthians 4:7; “For who makes you differ from another? And what do you have that you did not receive? Now if you did indeed receive it, why do you boast as if you had not received it?” Ultimately, our gifts, abilities and strength are given by God, who equips us to fulfill the work to which he calls us, whatever that work might be. The apostle reminds us that this leaves no room for boasting about our powers or achievements, only for humbly thanking God for employing us in his service. However, if there is any “secret” behind a long and hopefully useful Christian life, I suppose it is summed up for me by the injunction to “walk in the Spirit”, which we do by cultivating “the fruit of the Spirit—love, joy, peace, patience, kindness, goodness, faithfulness, gentleness and self-control” (Galatians 5:22-23). I’m not sure that this answers your question, but I do think the answer must ultimately be a spiritual one.

Edgar’s new book is an excellent survey of the ways in which we typically answer the question of “origins,” and the important way our answers ultimately shape our identity and sense of purpose. Worldviews are grounded on this first question; that alone should prompt our investigation.  What Is Man; Adam, Alien or Ape? will help you investigate the evidence.

book review human identity nature of humans origins 2018-11-19
+J. Warner
Previous Four Things We Won’t Need in Heaven (But Ought to Pursue Here on Earth)
Next The One Thing That Turns Teaching Into Training (Video)