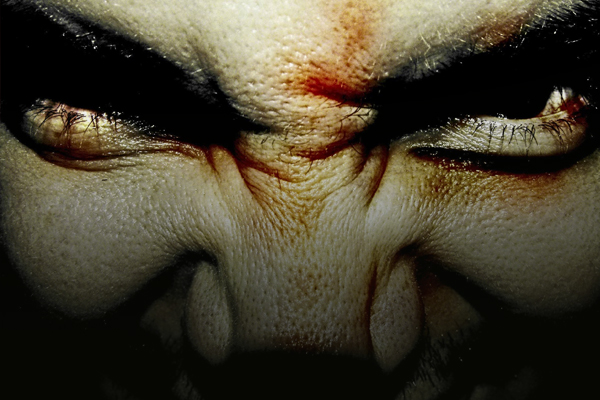 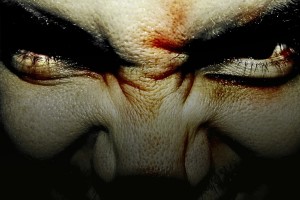 Like other claims of the Christian worldview, the existence of a subordinate, personal, evil being can be argued without relying on the Biblical record. But while it is reassuring to note our faith is reasonable and logical, natural revelation does have its limits. The clearest and fullest claims related to the nature of Satan come not from our reasoning ability, but from the Word of God. The Bible has much to say about the nature of Satan, and God’s special revelation affirms what we have already surmised from God’s natural revelation:

Satan is a Subordinate, Created Being
After reasoning through the possible existence of an Evil Power in the universe, we arrived at the conclusion this being would (by necessity) be subordinate to a Good Power. The Bible affirms this truth, describing Satan as one of many angels originally created by God for a good purpose:

Colossians 1:15-17
For by Him all things were created, both in the heavens and on earth, visible and invisible, whether thrones or dominions or rulers or authorities — all things have been created by Him and for Him.

Satan Perverted Something Good and Rebelled from God
As a personal, free-will being, Satan made the decision (along with those angelic beings who followed him) to rebel against the Good God who created them:

Jude 6
And angels who did not keep their own domain, but abandoned their proper abode, He has kept in eternal bonds under darkness for the judgment of the great day.

Why would Satan do this? Why would he leave the presence of a perfect God? Because he was corrupting something intended for good. He was seeking greater power and glory than he deserved:

Isaiah 14:12-14
“How you have fallen from heaven, O star of the morning, son of the dawn! You have been cut down to the earth, you who have weakened the nations! But you said in your heart, ‘I will ascend to heaven; I will raise my throne above the stars of God, and I will sit on the mount of assembly in the recesses of the north. I will ascend above the heights of the clouds; I will make myself like the Most High.

Satan is a Personal Being
In order to make a free-will choice like this (in order to choose to rebel at a particular point in time), Satan demonstrated his nature as a personal being. Only personal beings can decide to act; impersonal forces cannot make these kinds of conscious choices. The Bible repeatedly describes Satan as a personal being who thinks and converses with a personal God:

Job 1:6-12
Now there was a day when the sons of God came to present themselves before the LORD, and Satan also came among them. And the LORD said to Satan, “From where do you come?” Then Satan answered the LORD and said, “From roaming about on the earth and walking around on it.” And the LORD said to Satan, “Have you considered My servant Job? For there is no one like him on the earth, a blameless and upright man, fearing God and turning away from evil.” Then Satan answered the LORD, “Does Job fear God for nothing? Hast Thou not made a hedge about him and his house and all that he has, on every side? Thou hast blessed the work of his hands, and his possessions have increased in the land. But put forth Thy hand now and touch all that he has; he will surely curse Thee to Thy face.” Then the LORD said to Satan, “Behold, all that he has is in your power, only do not put forth your hand on him.” So Satan departed from the presence of the LORD.

Zechariah 3:1
Then he showed me Joshua the high priest standing before the angel of the LORD, and Satan standing at his right hand to accuse him

Satan is Powerful and Would Like to Be Worshiped
Satan is described as having incredible power. He is the force of evil in the Universe. Even God’s holy and powerful archangel, Michael, is afraid to face Satan “one on one”:

Jude 9
But Michael the archangel, when he disputed with the devil and argued about the body of Moses, did not dare pronounce against him a railing judgment, but said, “The Lord rebuke you.”

Satan is industrious and persistent. He is constantly in search of another project:

Job 1:7
And the LORD said to Satan, “From where do you come?” Then Satan answered the LORD and said, “From roaming about on the earth and walking around on it.”

1 Peter 5:8
Your adversary, the devil, prowls about like a roaring lion, seeking someone to devour.

Satan seeks glory and recognition, and while those goals may not be bad in and of themselves, Satan has perverted these ambitions in rebellion against the true God who deserves such adoration:

Matthew 4:8-9
Again, the devil took Him to a very high mountain, and showed Him all the kingdoms of the world, and their glory; and he said to Him, “All these things will I give You, if You fall down and worship me.”

But Satan is Subordinate in Power to a Good God
Even with all his power and energy, Satan is still subordinate to God. Natural revelation and logical reasoning suggest this is the case, but the Bible gives us even more detail about the subordinate position Satan holds in relationship to God. In the end, God is the most powerful force in the Universe. God alone has the power to defeat Satan completely:

Revelation 12:9-10
And the great dragon was thrown down, the serpent of old who is called the devil and Satan, who deceives the whole world; he was thrown down to the earth, and his angels were thrown down with him.

Even today, in these days prior to the end of time, God has the power to undo what Satan has done:

Luke 13:16-17
“And this woman, a daughter of Abraham as she is, whom Satan has bound for eighteen long years, should she not have been released from this bond on the Sabbath day?”

Simple reasoning from God’s natural revelation acknowledges the subordinate nature of Satan as a personal evil being. Any attempt at describing some form of equality or “dualism” between Good and Evil (God and Satan), is simply false. This reality is confirmed by the Word of God:

Psalm 83:17-18
May they ever be ashamed and dismayed; may they perish in disgrace. Let them know that you, whose name is the LORD — that you alone are the Most High over all the earth.

God alone is “Most High”. While Satan is clearly the center of all evil in the Universe and controls much of what goes on here on earth, he has no power over those of us who have given ourselves to God and have trusted in God’s Son. We are protected from this source of evil by the true God we worship: