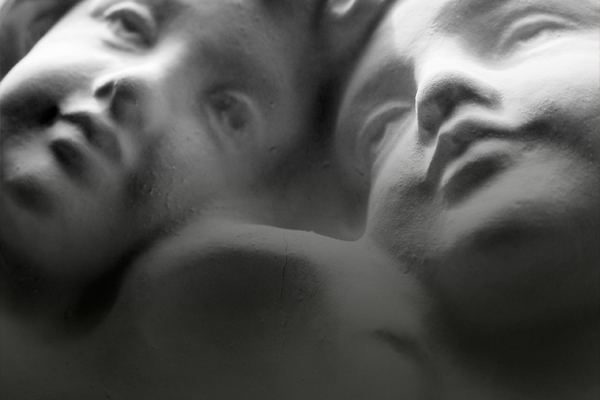 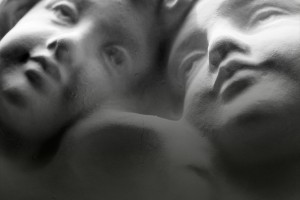 There are good reasons to believe in the existence of angelic beings, but our reasoning powers cannot reveal everything there is to know about these beings. God’s special revelation (in the Bible) provides us with the information unavailable elsewhere. The Apostle Paul, for example, acknowledged the existence of angelic beings and wrote about the power and influence they have in the world around us. While we are sometimes tempted to focus on the material forces we can see, Paul reminded his readers there are immaterial forces we can’t see. These non-physical powers are at work all around us; their influence often goes unnoticed because we choose to focus narrowly on the natural, material world:

The Bible says a battle is raging, even as we read these words. It’s not a battle of flesh and blood. It is an immaterial, spiritual battle of angelic proportion. The Bible describes supernatural beings living alongside the natural realm, and these beings are engaged in an epic battle for the hearts and minds of humans. This unseen angelic world is filled with both angels and demons. God created two kinds of sentient, conscious, rational beings. We are not alone in the Universe. The Scriptures says God also created invisible spirits (angelic beings):

Colossians 1:15-17
For by Him all things were created, both in the heavens and on earth, visible and invisible, whether thrones or dominions or rulers or authorities — all things have been created by Him and for Him.

Hebrews 1:13-14
But to which of the angels has He ever said, “Sit at My right hand, until I make Thine enemies a footstool for Thy feet”? Are they not all ministering spirits, sent out to render service for the sake of those who will inherit salvation?

Some of the creatures are holy angels and some are evil demons:

Luke 7:21
At that very time He cured many people of diseases and afflictions and evil spirits; and He granted sight to many who were blind.

Scripture tells us angels and demons are of the same innate nature. They are of the same order. They are spiritual creatures, created by God with the ability to make free will choices. Demons are simply angels who have rebelled against God:

2 Peter 2:4
For if God did not spare angels when they sinned, but cast them into hell and committed them to pits of darkness, reserved for judgment

Jude 6
And angels who did not keep their own domain, but abandoned their proper abode, He has kept in eternal bonds under darkness for the judgment of the great day.

Demons are created angels who made the choice to submit to their own pride rather than to the will of the God who created them. It appears angelic beings were created at a specific time in history. The entire group was created at once, and there is no reason to believe new angelic beings have been created since. It also appears the dark angels fell at a specific point in time, and no additional angels have fallen. When did this fall occur? One possibility is in the period recorded in Genesis chapter three, after God declared His creation was “very good” and prior to the fall of man. But regardless of when the demons and the angels parted company, one thing is clear: they both share powers greater in many ways than those of humans. That’s why their unseen, immaterial activity is so important (and trumps the material activity we see in our visible world):

They Have Super-Human Knowledge (But Not Omniscience)
Angelic beings are not spatially limited like we are. As a result, they have the ability to exist without physical restraint (and they know more than we do based on their ability to observe without material limitations). But while they may know more than we do, they still don’t know as much as God:

1 Peter 1:12
It was revealed to them that they were not serving themselves but you, when they spoke of the things that have now been told you by those who have preached the gospel to you by the Holy Spirit sent from heaven. Even angels long to look into these things.

Matthew 24:36
No one knows about that day or hour, not even the angels in heaven, nor the Son, but only the Father.

They Have Super-Human Wisdom (But Not All Wisdom)
Wisdom is different from knowledge. Wisdom comes from making mistakes and learning from these errors. You gain wisdom from either learning from your own mistakes or learning from the mistakes of others. Angelic beings have the advantage of learning from our mistakes as well. They observe many more “life errors” than we do (since they live much longer), so their collective wisdom grows as they watch the errors humans make every day. The angels use this wisdom as they help us, but the demons use this wisdom to better target our weaknesses. The Bible describes angelic beings as ever-present and ever-watchful:

1 Corinthians 4:9
For it seems to me that God has put us apostles on display at the end of the procession, like men condemned to die in the arena. We have been made a spectacle to the whole universe, to angels as well as to men.

Ephesians 3:10-11
His intent was that now, through the church, the manifold wisdom of God should be made known to the rulers and authorities in the heavenly realms, according to his eternal purpose which he accomplished in Christ Jesus our Lord.

They Have Super-Human Strength and Power (But Not Omnipotence)
Angelic beings move between the material, physical world and the immaterial, spiritual realm. As a result, they are able to accomplish more than humans, based on our limited and restricted existence. The Bible describes angelic beings as having great power and strength:

2 Peter 2:11
… yet even angels, although they are stronger and more powerful, do not bring slanderous accusations against such beings in the presence of the Lord.

Psalm 103:20
Praise the LORD, you his angels, you mighty ones who do his bidding, who obey his word.

But notice something in these two passages. Angels (those angelic beings who still love and serve God) make the choice daily to operate only within the will of God. Demons, of course, are another matter entirely (more on that later). But lest you think angelic beings are all powerful, it’s important to remember no created being is more powerful than its Creator. Angels and demons do not have the same power over nature as doe God:

Psalm 72:18
Praise be to the LORD God, the God of Israel, who alone does marvelous deeds.