What Does Christianity Teach About the Resurrection of Our Bodies? 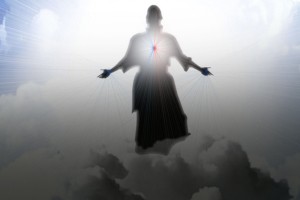 1 Corinthians 15:20-22
But now Christ has been raised from the dead, the first fruits of those who are asleep. For since by a man came death, by a man also came the resurrection of the dead. For as in Adam all die, so also in Christ all will be made alive.

Most of us, as Christians, form our notions of the afterlife from contemporary descriptions found in popular books and movies, rather than from the Biblical record. As a result, we typically forget our lives after we die will include a resurrected body. Many in our culture envision the next life as some sort of purely spiritual (non-physical) existence, but the Bible describes our experience in the afterlife differently. We will receive resurrection bodies:

What: We Will Live in Eternity With New Resurrection Bodies
Both the Old and New Testaments affirm our souls will eventually be reunited with our bodies in the afterlife. The Old Testament predicted this would be the case:

Isaiah 26:19
Your dead will live; their corpses will rise. You who lie in the dust, awake and shout for joy, for your dew is as the dew of the dawn, and the earth will give birth to the departed spirits.

Daniel 12:2
And many of those who sleep in the dust of the ground will awake, these to everlasting life, but the others to disgrace and everlasting contempt.

While these Old Testament scriptures seem pretty clear on the issue, there were some Jews, even in Jesus’ time, who did not believe they would be resurrected in the next life. The Gospels describe an encounter between Jesus and some Sadducees who rejected the resurrection of the dead (Matthew 22:29-32, Mark 12:24-27 and Luke 20:34-38). The Scriptures say “the Sadducees, who say there is no resurrection, came to him with a question” (Mark 12:18). Jesus told them that they were mistaken about their understanding of the resurrection, and were “in error because (they) do not know the Scriptures or the power of God” (Mark 12:24). Jesus reminded them God had the power to do anything He likes, including raising the dead. Jesus had a lot to say about the resurrection of the dead:

It appears that this information was somewhat startling to the people who first heard it (“Do not be amazed at this”), and for many of us it is still surprising because we seldom think of the afterlife as physical in addition to spiritual. But this is the clear teaching of Jesus (see also John 6:39-40, 44, 54). Other Biblical writers also affirmed the bodily resurrection of the dead. Paul declared his belief in the resurrection separated him from other Jews of his day:

Acts 23:6
Then Paul, knowing that some of them were Sadducees and the others Pharisees, called out in the Sanhedrin, “My brothers, I am a Pharisee, the son of a Pharisee. I stand on trial because of my hope in the resurrection of the dead.”

Paul later said a day was coming, sometime after we are dead, when each of us will receive a new, everlasting resurrection body:

1 Corinthians 15:51-52
Listen, I tell you a mystery: We will not all sleep, but we will all be changed- in a flash, in the twinkling of an eye, at the last trumpet. For the trumpet will sound, the dead will be raised imperishable, and we will be changed.

When: We Will Receive Our Eternal Resurrection Bodies When Jesus Returns
Paul raises another issue here in his letter to the Corinthians. When will we be given a resurrection body? According to the Biblical authors, we will receive resurrection bodies when Jesus returns to Earth. As Jesus was ascending, the angels told the first believers He would return with a body:

Acts 1:10-11
They were looking intently up into the sky as he was going, when suddenly two men dressed in white stood beside them. “Men of Galilee,” they said, “why do you stand here looking into the sky? This same Jesus, who has been taken from you into heaven, will come back in the same way you have seen him go into heaven.”

Jesus ascended with a body, and He will return “in the same way”: with a body. He also told His disciples He would raise them to life once He returned:

Jesus said a time is coming when the dead will hear His voice and be resurrected. Many of us may die before Jesus returns, but when He does return He will gather those who have placed their faith in Him:

Matthew 24:30-31
“At that time the sign of the Son of Man will appear in the sky, and all the nations of the earth will mourn. They will see the Son of Man coming on the clouds of the sky, with power and great glory. And he will send his angels with a loud trumpet call, and they will gather his elect from the four winds, from one end of the heavens to the other.”

Why: We Will Enjoy Eternity Completely with Our Resurrection Bodies
You might also be wondering why we need a body at all in the next life. Other theistic worldviews envision the afterlife very differently, after all. They often describe the next life as a completely spiritual existence beyond the body. Why would God give us a resurrection body when it seems reasonable we could just as easily experience eternal life in a purely spiritual form? In my last post I described the good reasons we have to believe in Heaven (even without the evidence from Scripture), and cited our robust yearning for complete justice, satisfaction and joy (even though these desires are never met fully in our mortal lives). I think this yearning provides us with a clue to why God provides us with resurrection bodies in the afterlife.

Let me give you an example. Have you ever had someone who loves you give you a backrub? If you have, you know the experience is multi-facetted. There is an emotional dimension involved when someone you love cares enough about you to rub your back. It feels good physically, but it also “feels” good emotionally and intellectually. The action causes you to bond to the person giving you the back rub in a tangible way. It’s more than physical. In fact, in order to have the complete experience, both the physical and non-physical aspects of the backrub are required. Unless both these dimensions are present, your experience (your joy and satisfaction) will not be complete.

This may be why God provides us with resurrected bodies in the afterlife. If we are going to experience complete justice, joy or satisfaction in the next life, our resurrection bodies may play an important role. God used the Biblical authors to describe a rich, robust experience in eternity, and much of our experience in the afterlife seems dependent on some form of physicality:

Psalm 17:15
And I — in righteousness I will see your face; when I awake, I will be satisfied with seeing your likeness.

Philippians 2:10-11
…that at the name of Jesus every knee should bow, in heaven and on earth and under the earth, and every tongue confess that Jesus Christ is Lord, to the glory of God the Father.

Revelation 11:15
The seventh angel sounded his trumpet, and there were loud voices in heaven, which said: “The kingdom of the world has become the kingdom of our Lord and of his Christ, and he will reign for ever and ever.”

Luke 22:29-30
And I confer on you a kingdom, just as my Father conferred one on me, so that you may eat and drink at my table in my kingdom and sit on thrones, judging the twelve tribes of Israel.

afterlife Apologetics Christian Case Making dualism existence of heaven existence of the soul heaven heaven is for real Resurrection resurrection bodies soul Theology / Doctrine 2019-05-31
+J. Warner
Previous Are There Any Good Reasons to Believe in Heaven (Even Without the Evidence from Scripture)?
Next Resisting the Desire to Simply Follow the Rules

Three Ways to Ignite Your Teenager’s Passion for God