What Does Christianity Say About the Nature of Humans? Five Honest Realities

Why Christians Must Continue to Guard the Truth of the Gospel

Why Does It Matter What We Believe About the Holy Spirit?

What Does Christianity Say About the Holy Spirit? Three Important Attributes 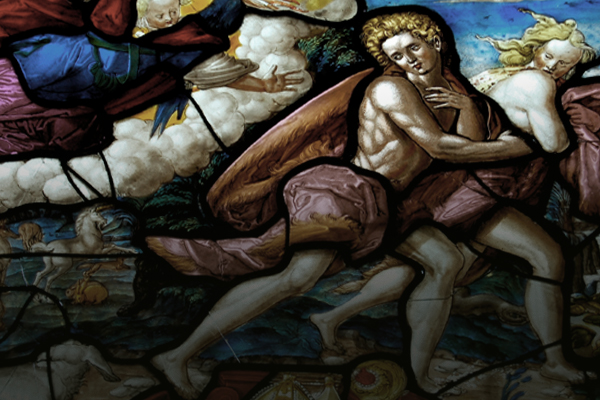 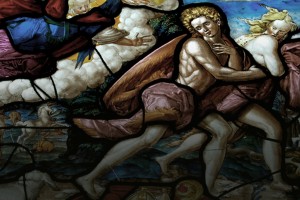 After speaking at a church recently, I was approached by a woman who identified herself as a defense attorney and a Christian. She told me she struggled to understand how some of the suspects I’d arrested for cold-case murders had been able to live law-abiding, uneventful lives for thirty years (or more) following their crimes. She seemed to believe these men and women should not have been unable to live amongst the rest of us without giving themselves away. Her surprise is common amongst those who live and work with killers. When I eventually take a murderer to jail years after he or she committed the crime, their friends, family members, neighbors and co-workers typically express disbelief: “There’s no way Jack could have committed that murder, I’ve known him for twenty years. He’s the sweetest man I’ve ever known!” When a suspect is finally convicted of the crime (and eventually confesses to the murder), those who knew him or her are typically shocked. They shouldn’t be. My cold case murderers were not serial killers. They simply committed one horrific crime and then spent the rest of their life living just like you and me. Nothing in their demeanor ever gave away the fact they were capable of such a thing. They looked like the rest of us. Why? Because they are just like the rest of us; capable of greatness, but fallen to their core.

Even before I was a Christian, I recognized the innately fallen nature of humans. If you are a parent, you also have some empirical evidence from which to draw. You know you don’t have to teach your infant to be selfish, impatient, rude and self-serving. Infants must be taught to be just the opposite; goodness is not an innate quality of humans. We don’t come into the world with this type of disposition. We must be taught how to love, how to think beyond our own needs and desires, how to share and appreciate others. Do you remember the experiment you studied in high school in which monkeys were taken from their mothers and raised without any personal contact, comfort or love? How did they turn out? They were sociopaths; angry, evil and dangerous. This was, in fact, their base nature unless they were taught to be something different.

Both atheists and theists have to explain the innately fallen nature of humans, especially given the fact we are simultaneously capable of kindness and nobility. This is often described as “the enigma of man” and the Christian Scriptures capture and describe this reality with surprising clarity and foresight. While we have been created in the image of God (and, as a result, are capable of greatness) we were given the dangerous freedom to love genuinely. We sometimes abuse this freedom as rebellious creatures. The Bible describes human nature as innately fallen from birth, incapable of true goodness (without God’s assistance) and unwilling (on our own) to seek the face of God:

1. Our Beginnings Are Not Innocent Enough
From the very start, (from our birth), we are not innocent and inclined toward goodness. Instead, we are born as the offspring of Adam, inclined toward sin:

Romans 5:12
Therefore, just as through one man sin entered into the world, and death through sin, and so death spread to all men, because all sinned

1 Corinthians 15:20-22
For since by a man came death, by a man also came the resurrection of the dead. For as in Adam all die, so also in Christ all shall be made alive.

Psalm 51:5
Behold, I was brought forth in iniquity, and in sin my mother conceived me.

Ephesians 2:1-3
And you were dead in your trespasses and sins, in which you formerly walked according to the course of this world, according to the prince of the power of the air, of the spirit that is now working in the sons of disobedience. Among them we too all formerly lived in the lusts of our flesh, indulging the desires of the flesh and of the mind, and were by nature children of wrath, even as the rest.

2. Our Natural Condition Is Not Capable Enough
Even as we grow and learn to be good from those who teach and love us, we are still filled with the inclination to do what is wrong. All of us struggle with this if we are honest about it. We are slaves to our inclinations. We have a hidden thought life, and this life exposes who and what we really are. And there are many times when we choose to act on these thoughts. You and I both know this is true. We are not consistently capable of true goodness:

Jeremiah 17:9
The heart is more deceitful than all else and is desperately sick; Who can understand it?

Romans 3:23
…for all have sinned and fall short of the glory of God

John 8:34
Jesus answered them, “Truly, truly, I say to you, everyone who commits sin is the slave of sin

3. Our Desire Is Not Strong Enough
We are also typically uninterested in the things of God. In our natural state, we are rebellious and our desire for God is weak and fading. Our fallen nature prevents us from recognizing or understanding spiritual things:

1 Corinthians 2:14
But a natural man does not accept the things of the Spirit of God; for they are foolishness to him, and he cannot understand them, because they are spiritually appraised.

Romans 1:18-19
For the wrath of God is revealed from heaven against all ungodliness and unrighteousness of men, who suppress the truth in unrighteousness, because that which is known about God is evident within them; for God made it evident to them.

4. Our Lives Are Not Righteous Enough
Even our “good deeds” are not all that good. Sure, we may think we are doing something noble, but there is generally something in it for us; some hidden, self-serving motive. And even our best efforts pale by comparison to the standard of righteousness existing in the God of the Universe.

Isaiah 64:6
For all of us have become like one who is unclean, and all our righteous deeds are like a filthy garment; and all of us wither like a leaf, and our iniquities, like the wind, take us away.

James 2:10
For whoever keeps the whole law and yet stumbles in one point, he has become guilty of all.

Galatians 3:10-11
For as many as are of the works of the Law are under a curse; for it is written, “Cursed is everyone who does not abide by all things written in the book of the law, to perform them.” Now that no one is justified by the Law before God is evident; for, “The righteous man shall live by faith.”

Romans 3:27-28
Where then is boasting? It is excluded. By what kind of law? Of works? No, but by a law of faith. For we maintain that a man is justified by faith apart from works of the Law.

5. Our “Goodness” Is Not Our Own
In case you think those moments of compassion or righteousness you occasionally achieve were the result of your own ability or effort, think again. Even our best moments are simply the work of God. On our own we are completely incapable of choosing God or doing anything righteous in the sight of God. When we do act righteously, it is simply God’s Spirit and Word acting within us:

John 6:44
No one can come to Me, unless the Father who sent Me draws him; and I will raise him up on the last day.

John 6:65
And He was saying, “For this reason I have said to you, that no one can come to Me, unless it has been granted him from the Father.”

Philippians 2:12-13
So then, my beloved, just as you have always obeyed, not as in my presence only, but now much more in my absence, work out your salvation with fear and trembling; for it is God who is at work in you, both to will and to work for His good pleasure.

1 Thessalonians 2:13
And for this reason we also constantly thank God that when you received from us the word of God’s message, you accepted it not as the word of men, but for what it really is, the word of God, which also performs its work in you who believe.

Romans 9:16
So then it does not depend on the man who wills or the man who runs, but on God who has mercy.

The Bible paints a pretty ugly picture of our human nature, doesn’t it? It sure sounds like we are lost and wandering, incapable of seeking God and incapable of impressing God with our own “good” efforts. It sounds like bad news, and that is exactly what it is. But there is something very special about the Christian message. There is Good News: the God of the universe is not going to judge us on our fallen nature or our inadequate efforts. Instead, He is going to allow Jesus to pay the price for our sin and save us as an act of grace. We may be fallen, but we do matter to God:

Ephesians 2:4-5
But God, being rich in mercy, because of His great love with which He loved us, even when we were dead in our transgressions, made us alive together with Christ (by grace you have been saved)

Colossians 2:13-15
And when you were dead in your transgressions and the uncircumcision of your flesh, He made you alive together with Him, having forgiven us all our transgressions, having canceled out the certificate of debt consisting of decrees against us and which was hostile to us; and He has taken it out of the way, having nailed it to the cross.

Titus 2:11-12
For the grace of God has appeared, bringing salvation to all men,

Titus 3:5-7
He saved us, not on the basis of deeds which we have done in righteousness, but according to His mercy, by the washing of regeneration and renewing by the Holy Spirit, whom He poured out upon us richly through Jesus Christ our Savior, that being justified by His grace we might be made heirs according to the hope of eternal life. 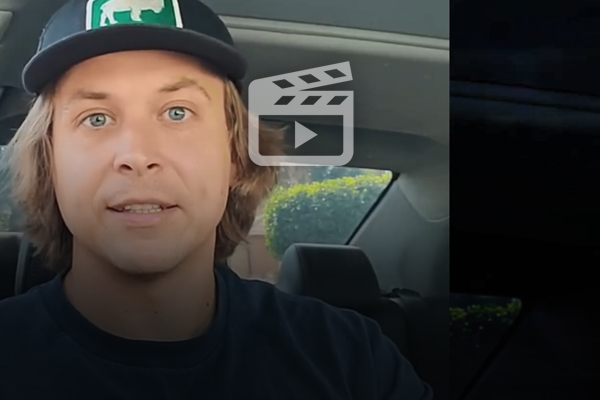 Why Are You a Christian? (Video)

There are many good reasons to identify yourself as a Christian. Is one better than all the rest? Why are YOU a Christian? Detective...