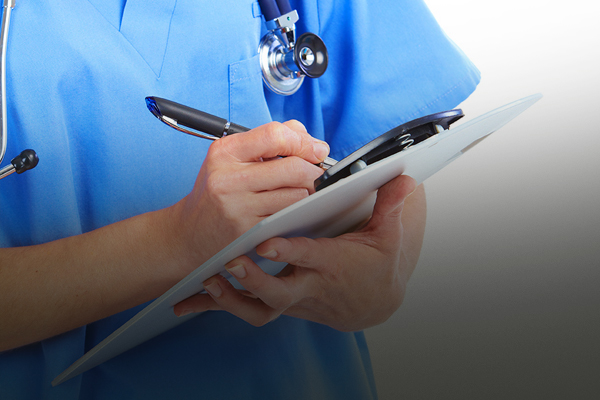 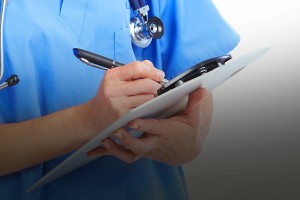 Why should we trust the gospel accounts related to the crucifixion and resurrection of Jesus, and how might we evaluate their reliability? As I first examined the Gospels, I found two pieces of hidden science lending credibility to the eyewitness accounts. The Gospel authors included two incredulous observations, even though they didn’t completely understand what they had seen (or what had been seen by others) at the time of the initial writings. Only years later, as our understanding of biology increased, did these observations make any sense. When a witness adamantly testifies to an incomprehensible observation, only to have that observation explained by someone else many years later, the credibility of the original eyewitness is strengthened.

Let me give you an example. I once had a case in which an eyewitness, Debbie, claimed her mother’s jewelry had been stolen by a burglar. She told the police she came home early from school and caught the burglar in her home. The thief ran out the back door, with Debbie chasing close behind. Debbie said he vanished, however, the minute he entered her back yard, and although Debbie checked the fences around her parent’s property, the thief seemed to disappear into thin air. The responding police officer doubted her story, given the fact Debbie had been in trouble with the law before. The officer assumed she stole the jewelry and was lying about the “vanishing burglar”. Weeks later, another burglary occurred in the neighborhood, however, and this time the burglar was apprehended by the police. He confessed to taking the jewelry in the first theft and told investigators he immediately jumped under the house (through an open vent in the foundation) when he was chased by the young woman who saw him. He hid under the house for several hours until the police had come and gone. He then carefully snuck out of the yard. The confession of the burglar now explained Debbie’s observations; she became credible once her seemingly incredulous testimony was explained.

Two of the Gospel eyewitnesses (Luke and John) provide details of the Passion Week incredulous to the first readers of their accounts. Centuries later, when our understanding of human biology improved, these observations finally made sense. Luke, for example, describes the scene in the Garden of Gethsemane in which Jesus prayed prior to being taken captive:

Luke 22:41-44
And He withdrew from them about a stone’s throw, and He knelt down and began to pray, saying, “Father, if You are willing, remove this cup from Me; yet not My will, but Yours be done.” Now an angel from heaven appeared to Him, strengthening Him. And being in agony He was praying very fervently; and His sweat became like drops of blood, falling down upon the ground.

In the last line of this passage, we have a rather incredulous description of Jesus sweating drops of blood. It appears this was confusing for the first readers of Scripture as well; the Church Fathers weren’t quite sure what to make of it in their own writings. Many treated the line as poetic license on the part of Luke. Justin Martyr, when describing the verse in his own teaching, typically omitted this line altogether. The readers of the ancient world struggled to make sense of Luke’s description because they had never seen anything like this in their own personal experience. Today we understand the rare hidden science behind Luke’s observation. As Dr. Joseph Bergeron describes, “Psychogenic (fear induced) Hematidrosis has been observed in a handful of reported cases from fear of impending physical harm. Most of these reported cases were in individuals just prior to execution.” Luke’s report of Jesus sweating blood was not poetry; it was simply an example of hidden science lending credibility to the original observation. It’s unlikely the Luke would invent an unexplainable detail if he wanted the story to seem reasonable to the first hearers.

Luke isn’t the only one to describe something confusing in the Passion Week. John also includes an incredulous detail in his description of Jesus on the cross:

John 19:31-34
The soldiers therefore came and broke the legs of the first man who had been crucified with Jesus, and then those of the other. But when they came to Jesus and found that he was already dead, they did not break his legs. Instead, one of the soldiers pierced Jesus’ side with a spear, bringing a sudden flow of blood and water.

John, a simple fisherman, described the activity of the soldier and said water poured from Jesus’ side when pierced by the soldier. While an ancient fictional account of such an event might include the appearance of blood pouring from Jesus’ side, John included water without any attempt to clarify or explain his comment. His observation was confusing to his first readers. In fact, the early Church Fathers again struggled to make sense of this claim. Tertullian, Augustine, Cyril and Jerome suggested John was referring allegorically to the baptism of Jesus, water regeneration, or the testimony of the Holy Spirit. Today we understand the hidden medical science explaining the existence of water in Jesus’ body cavity. Anyone beaten as badly as Jesus in the hours prior to his crucifixion would surely have suffered circulatory shock and heart failure. When this happens, pericardial or pleural effusion typically results. Water begins to form around the heart or in the lungs. If this happened to Jesus, water would pour from his body if the soldier’s spear entered into either of these two regions. John’s report of water was not allegory; it was simply another example of hidden science lending credibility to the original observation. It’s unlikely John would invent an inexplicable detail if he wanted the story to seem reasonable to the first hearers.

The findings of science now explain the observations of the Gospel eyewitnesses; like Debbie, they’ve become even more credible now that their seemingly incredulous testimony has been explained by later in history.