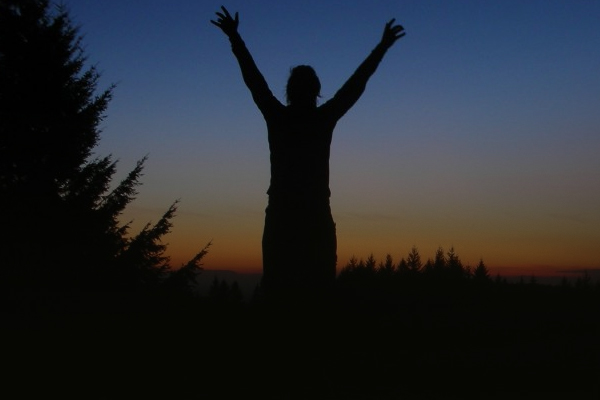 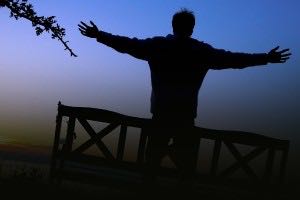 Not long ago, Oprah Winfrey interviewed distance swimmer, Diana Nyad, and inadvertently started an online firestorm over their comments related to atheism and theism. During the show, Nyad identified herself an atheist and said, “I can stand at the beach’s edge with the most devout Christian, Jew, Buddhist, go on down the line, and weep with the beauty of this universe and be moved by all of humanity. All the billions of people who have lived before us, who have loved and hurt and suffered. So to me, my definition of God is humanity and is the love of humanity.” After hearing this, Oprah responded, “Well, I don’t call you an atheist then. I think if you believe in the awe and the wonder and the mystery, then that is what God is. That is what God is. It’s not a bearded guy in the sky.” Nyad attempted to reaffirm her lack of belief in a Divine Being, but Oprah seemed to miss the point, attempting instead to rope her into some form of theism on the basis of Nyad’s admitted awe of God’s creation. Later in the show, Nyad spoke of her belief in the soul, in spite of her atheistic worldview: “We all have souls and I feel their (humanity’s) collective souls.” When Oprah asked her what happens when we die, Nyad said, “I think that the soul lives on because we have created so much energy and when we display courage and hope it lives on. But I do believe the body goes back to ash and it is never more.”

Both Oprah and Nyad displayed a similar form of what I call “Easy Theism”. Oprah is willing to accept any expression of awe and wonder as some form of belief in God, and Nyad (although she claims to be an atheist) accepts a form of substance dualism (as exhibited by her belief in a soul) incompatible with atheistic materialism. Both Oprah and Nyad have cobbled together a worldview, borrowing ideas from one another until they’ve created something palatable and comfortable. If nothing else, this exchange between Oprah and Nyad illustrates the danger of Easy Theism:

Easy Theism Fails to Recognize the Irreconcilable Differences
The obviously subjective nature of Easy Theism reflects the contemporary view of tolerance (“all views have equal merit and none should be considered better than another”). From Oprah’s perspective, anything close to theism is close enough. Muslims, Christians, New Age mystics, Jewish believers, Hindus or Buddhists; all forms of theism are equally acceptable, true and worthy under this view. The problem, of course, is the refusal to recognize the distinct, contradictory claims of these theistic worldviews. Each makes a conflicting claim about the character of God, the nature of Jesus and the way of Salvation. They can all be wrong, but they can’t all be right. Easy Theism ignores the irreconcilable differences between these belief systems. This is precisely why so many atheists were offended by Oprah’s statement. Theists aren’t the only ones want the distinctions to be recognized. Atheists are just as dogmatic about their distinctive views and reject any attempt to minimize the dissimilarities.

Easy Theism Fails to Recognize the Irrational Inconsistencies
All too often, those who are willing to borrow from theism to create a personal form of atheism fail to see the logical inconsistencies. If atheism is true, we live in a purely material universe. Faithful and consistent atheists openly deny the existence of the soul. Atheism proposes a universe populated by matter and governed by the laws of physics. Such a universe has no room for immaterial souls. When Nyad embraces the idea of a soul capable of living beyond the grave, she is borrowing from theism and creating a new form of Easy Theism, even as she clings to her identity as an atheist.  She fails to see her logical inconsistency. In addition, we might ask why she would “weep with the beauty of this universe.” What makes the universe so beautiful or awesome? Is it simply a matter of her personal opinion? I’ve known many bank robbers over the years who couldn’t care less about the beauty of the universe. For them, the most beautiful sight was an un-crowded bank lobby without video cameras or bandit barriers. Whose version of beauty should we accept and honor? From an atheistic worldview, why would one subjective opinion about beauty be any more valid than the other? Nyad seems to recognize something transcendent about the beauty of the universe as she offers it to us as evidence of her “spiritual” inclinations. Once again, she’s borrowing from theism. From a theistic worldview the transcendent beauty of nature is directly connected to the transcendent nature of its Creator.