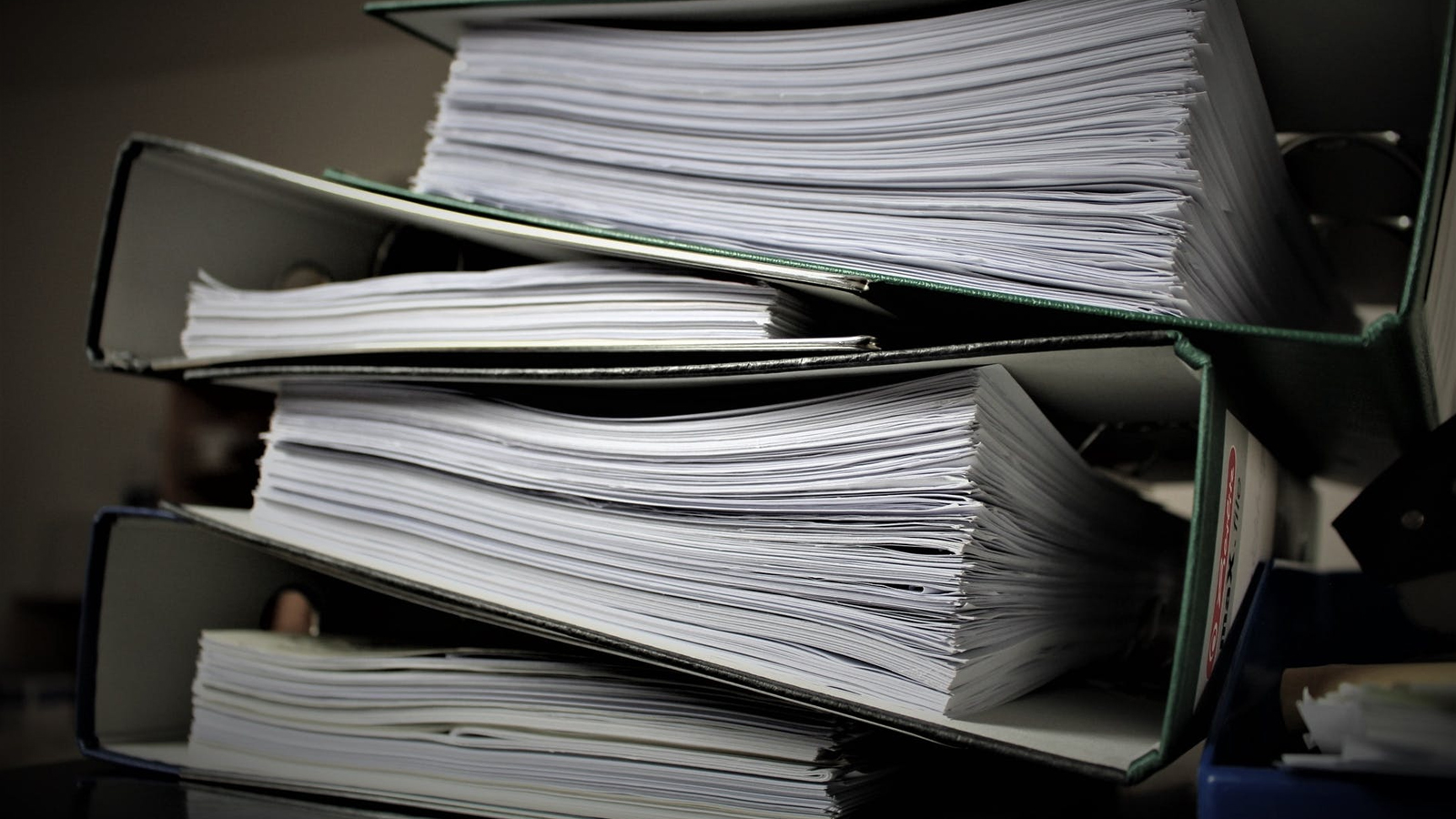 Following Dateline’s airing of our latest cold-case (“The Wire”), I received a number of concerned emails from viewers who felt there simply wasn’t enough evidence to be certain Douglas Bradford killed Lynne Knight. I think I can see their point. Dateline has done an excellent job chronicling four of our investigations, but our cases are nearly impossible to adequately represent in the limited time Dateline has to tell the stories. Why? Because our cases are complex, layered, cumulative, circumstantial cases. While I’ve written often about the nature of circumstantial evidence, one of the most important evidential concepts related to our cold-cases is the role of cumulative arguments. When a large quantity of evidence points to the same suspect, the cumulative impact of this evidence can be powerful. Many of the individual facts and evidences may seem unimportant or trivial on their own, but when assembled as a set, their collective weight becomes unbearable. All my cold-cases are built in this way. We assemble dozens of facts, details, inferential statements and evidences and show the jury how the collective set of evidence implicates our suspect. I’ve often referred to this process sarcastically as “Death by a Thousand Paper Cuts”.

Defense attorneys typically respond to cumulative cases by focusing on those few pieces of evidence they believe to be the most damaging for their client. They then try to show how any number of other, unrelated causes might also explain these specific items of evidence. They want jurors to focus on the individual pieces rather than the collective set. In essence, they hope jurors will see the “trees” rather than the “forest” (and hopefully only a few of the trees, at that!) In the end, defense attorneys explain the evidences by way of many unrelated causes rather than by the simpler explanation: their client is the one causal factor who can account for all the evidence in the case. In many ways, it’s an “Ockham’s Razor” exercise. When one causal factor explains all the evidence in the case, that cause is the simplest (and most reasonable) explanation.

If you want to be a good Christian Case Maker (or you simply want to examine the case for Christianity for the first time), you’ll need to understand the power of cumulative cases. The Christian worldview is established in a collective manner: the reliability of the eyewitness Gospel accounts is built on more than one line of evidence. In fact, eyewitnesses are established based on four separate categories of evidence, expressed with four important questions: Where the eyewitnesses really present to see what they said they saw? Can their statements be corroborated or verified in some way? Have the eyewitnesses been honest and accurate over time? Do the eyewitnesses possess a bias or ulterior motive disqualifying them? These questions must be considered collectively. In addition to this, the case for each category is also made cumulatively. The issue of corroboration, for example is established on the basis of several unrelated lines of evidence including archaeology, ancient Jewish writings, ancient non-Christian Greek writings, geographic internal evidence, linguistic internal evidence, correct use of proper nouns, and the unintentional eyewitness support I describe in Cold-Case Christianity. When jurors come to understand the power of a collective case, the decision is easy. Click To Tweet

None of these individual elements corroborates the Biblical account on its own. They must be considered collectively. When a skeptic tries to attack the insufficiency of any single line of evidence for the Christian worldview, they are (like defense attorneys) asking the jury to ignore the implications of the collective case. They hope people will focus on a “tree” rather than the “forest”. They typically do their best to argue for an alternative explanation (or several alternative explanations) for each of these evidential facts. But the more reasonable explanation is much simpler: Christianity, if true, can explain all the evidence as the only causal factor. I’ve tried to illustrate the depth of the cumulative case for Christianity with a simple illustration (available as a free, downloadable Bible Insert on the homepage at www.ColdCaseChristianity.com): 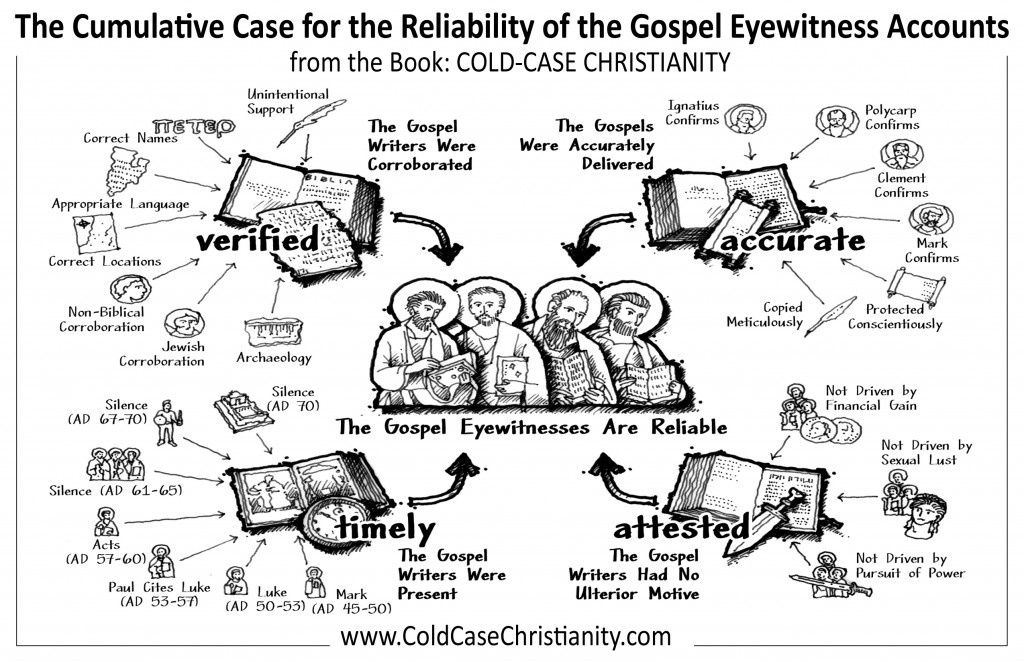 When our cases are covered by Dateline, only a few evidences ever make the final edit. As a result, I often get notes from viewers who can’t understand how the jury convicted our suspect (even when some of these men later confessed to the crime!) But our juries never seem to struggle with their decision. Instead, they typically convict rather quickly. When jurors come to understand the power of a collective case, the decision is easy. The Christian worldview is also established cumulatively. If we can learn to communicate the strength of collective cases such as these, we’ll become better Christian Case Makers. If you’re examining the case for Christianity for the first time, don’t stop at the “tree-line”. Go deep. Look at everything. Assemble and assess the cumulative case. 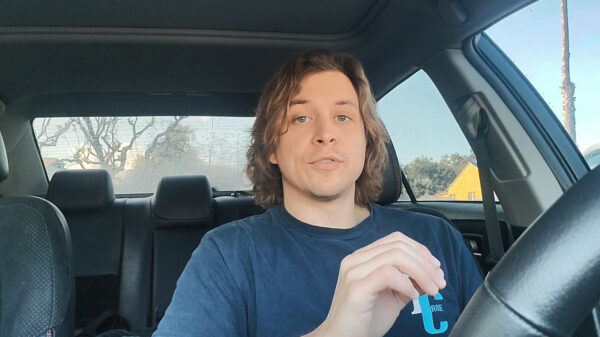 Are Young People Leaving the Faith for Good Reasons? (Video)

Why are young people leaving the Christian faith? Are their reasons based in reason, or something else? How has the culture impacted the faith...