The Christian Faith Is An Evidential Faith 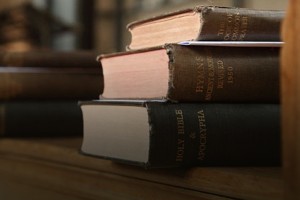 But this is not the Biblical definition of faith. While it is true that God is a Spirit and cannot be seen, it is not true that there is no evidence to support the existence of the unseen God. While we may not see anyone throw a rock in a pond, we may indeed see the ripples that the rock created on the surface of the water and come to the belief that someone threw a rock into the pond on the basis of this evidence. In a similar way, there are many good reasons to believe that God exists, and the Biblical model of true faith involves examining the evidence for God’s existence. Let’s examine the Biblical model of evidential faith:

Christians Are Called to Use Their Minds
God tells us that we are to love Him with more than our heart. We are to have a relationship that is emotional and intellectual (Matthew 22:37-38).

Christians Are Called to Understand the Value of Evidence
God has given us a number of good evidential reasons to believe that He exists and that Jesus is who He says He is. We are not called to have blind faith, but to have a well reasoned, evidential faith (Acts 1:2-3, Acts 17:2-3, Acts 17:30-31).

Christians Are Called to Examine Their Beliefs
God wants us to know what we believe and why we believe it. We’re not called to numbly trust everything that might be taught in our world today, even if some Christian teacher is the source! We’re expected to be critical, skeptical and thoughtful (Acts 17:10-11, 1 Thessalonians 5:19-21, 1 John 4:1)

Christians Are Called to be Convinced of What They Believe
God wants us to be certain and base our certainty on evidence that can be articulated to others who may have doubts (Romans 14:5, 2 Timothy 1:8-12, 2 Timothy 3:14).

Christians Are Called to be “Case Makers”
Once we have examined the evidence and have come to the conclusion that Christianity is true, we are called to be ready to make a strong defense for what we believe (1 Peter 3:15).

The Christian life is a rational and reasonable life that is rooted and grounded in the evidence of the Resurrection and the truth of the Bible. Christians are saved by placing their trust in Jesus, but Christians become a powerful force in their world when they commit themselves to being “case makers” for what they believe. Christians can be “case makers” precisely because the Christian faith is an evidential faith. When we, as Christians, argue for the truth of the Christian Worldview, we are not sharing an opinion. There either is a God, or there is not. Jesus is that God, or He is not. Salvation comes through Christ alone (as Jesus Himself maintained), or it does not. This is not a matter of opinion, personal preference or wishful thinking. The Christian faith is grounded in evidence that can be assessed and evaluated. The Christian faith is an evidential faith.

Apologetics Biblical Reliability Christianity Evidence Faith 2015-03-04
+J. Warner
Previous What Can A Christian Learn From Cold Case Principles? (Video)
Next Answering Objections to the Moral Argument for the Existence of God (Podcast)