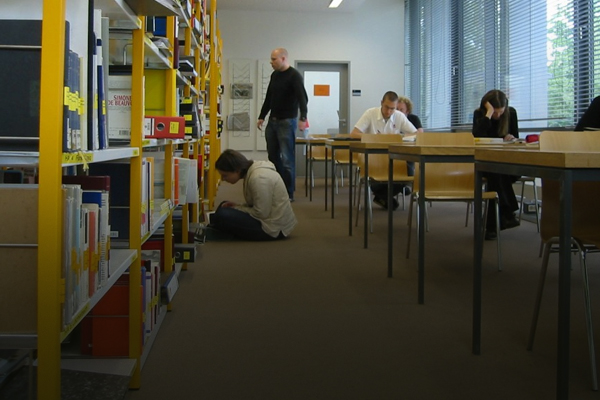 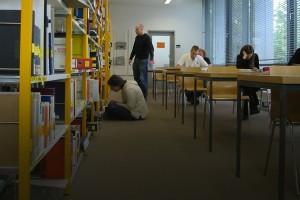 Every other week, from May to August, I have the honor of speaking with students at Summit Worldview Academy. I typically teach on the nature of truth, the reliability of the gospels, and the evidence for God’s existence. The students are eager to learn and have many good questions during the breaks, during our lunch and dinner time together, and at an evening session specifically set aside for questions.  The students usually share a number of stories related to the ways they were already being challenged as young Christians. Many have experienced a season of doubt and are grateful for the training they receive at Summit. Dr. Jeff Myers, the president of Summit Ministries, has assembled an incredible collection of thinkers, teachers and trainers to help prepare students to face challenges and “analyze the various ideas that are currently competing for their hearts and minds.” These young people are eager to prepare themselves for these encounters. Christian students are surrounded by competing worldviews from a very young age. As I speak with the young men and women at Summit, I think about the many ways our kids are challenged from childhood through their college years:

They Are Challenged by the Media
Young Christians are challenged very early, beginning with their first exposure to television, movies and the internet. Much of the media is aligned against Christian values, and Americans spend about one-third of their free time, (more than the next 10 most popular leisure activities combined) watching some form of television. The messages communicated by television programming are often in direct opposition to the teaching of Christianity, and students are deeply impacted by what they absorb from the media. Two out of every three shows on television, for example, include sexual content (a dramatic increase over the past 15 years). 50% of the couples involved in sexual behavior in television programming are depicted in casual relationships (10% of these couples had just met, and 9% of television programs depict sexual behavior between teens). In a set of Kaiser Family Foundation studies, 76% of teens said that one reason young people have sex is because TV shows and movies “make it seem normal”. College students who were exposed to the many examples of sexual behavior on television were more likely to believe their peers engaged in those same activities.

They Are Challenged by Elementary and High School Programming
Make no mistake about it, when Christian values are attacked in the public education system, the basis for those beliefs (Christianity) is also attacked. Here in California, for example, comprehensive sexual health and HIV / AIDS instruction requires schools to teach students how to have “safe sex”. “Abstinence only” education is not permitted in California public schools. In addition, California schools cannot inform parents if their children leave campus to receive certain confidential medical services, including abortions. Classic Christian values related to sexuality (and marriage) are under attack in the public school system.

They Are Challenged by University Professors
Once students get to college, they are likely to encounter professors who are even more aggressive in their opposition to Christianity and Christian values. According to the Institute for Jewish and Community research, a survey of 1,200 college faculty members revealed 1 in 4 professors (25%) is an atheist or agnostic (compared with 4-5% in the general population). In addition, only 6% of university professors say the Bible is “the actual word of God”. Instead, 51% say the Bible is “an ancient book of fables, legends, history & moral precepts”. More than half of professors have “unfavorable” feelings toward Evangelical Christians. Charles Francis Potter (author of Humanism: A New Religion) said it best when he proclaimed, “Education is thus a most powerful ally of Humanism, and every American public school is a school of Humanism.  What can the theistic Sunday-schools, meeting for an hour once a week, and teaching only a fraction of the children, do to stem the tide of a five day program of humanistic teaching?”

They Are Challenged by University Students
The attitude and influence of hostile professors is often accepted by University students happy to reject the moral precepts of the Christian worldview. Atheist student groups are multiplying dramatically in universities across America. The Secular Student Alliance, for example, grew from 80 student clubs in 2007 to over 250 clubs in 2011. These students groups are eager to identify themselves with names that challenge the intellectual capacity of Christian students. Atheist groups often seek titles such as “Free Thinker Society,” the “Coalition of Reason,” or the “Center for Inquiry”. The implication, of course, is that Christians are ignorant and constrained by their antiquated worldview.

The Church will never begin to address the growing problem of young people leaving the faith if it doesn’t first recognize the challenges facing Christian students. The young Christians at Summit have already begun to feel the impact of the cultural forces aligning against the Christian worldview. That’s why they are so encouraged to discover and experience the robust intellectual tradition of Christian thought as represented by the professors, speakers and trainers over two intensive weeks of worldview training. These young people are forever changed by their experience at Summit. They are equipped to meet the challenges they already face, even as they prepare for an even greater challenge in the university setting. All of us, as youth pastors and ministers, can learn something from programs like Summit. It’s time to address the challenges facing students before they find themselves struggling to resist the cultural tide on their own.