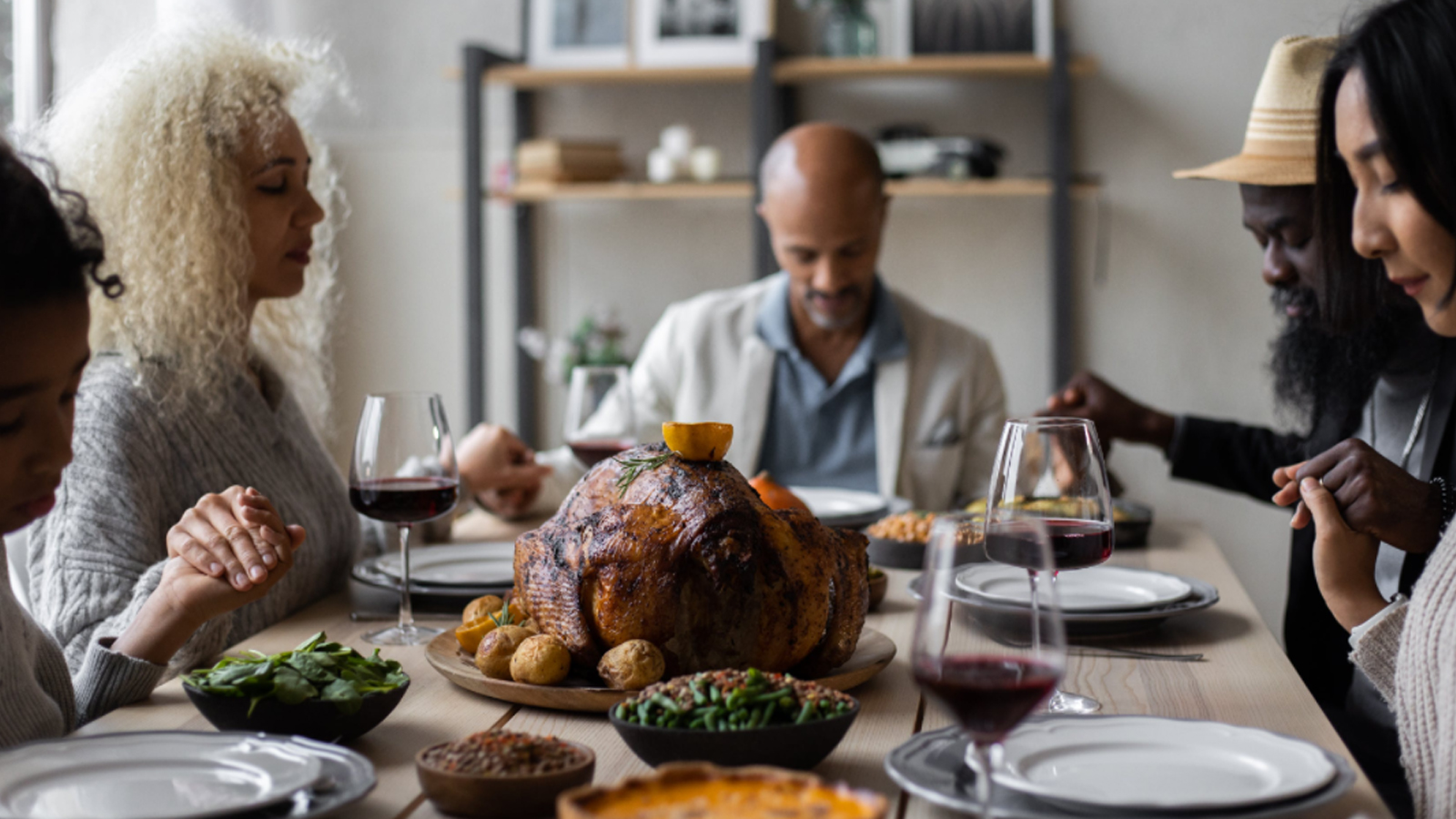 Think about it for a minute. Who exactly are we supposed to thank for everything we have in our lives here in America? If you are a youngster, you might say, “Well, I would thank my parents; they were able to give me everything that I have!” And while that is true, a more thoughtful consideration would reveal others in the chain of provision who also should be thanked. After all, your parents couldn’t provide for you if they didn’t live in a state that provided them with the freedoms required to make a living. So you might find yourself thanking the Governor or the state officials that run and maintain your state. But the state wouldn’t exist without the nation, so you might next want to thank the federal leaders and military personnel who serve and continue to protect our freedom. And of course, the nation would not exist without the sacrifice of those who first worked so hard to form the union. So we could find ourselves thanking the first settlers and founders. But would it stop there? Would it be interesting or important to find out who THESE people were thanking as they formed the nation? Did these folks see themselves as the last object of thanksgiving, or did they bestow their thankfulness on yet Another?

The settlers and founders of our nation did not thank themselves as the final source of provision; they, of course, turned their praise and thanksgiving toward the Holy God of the universe. It’s undeniable. The pilgrim, Edward Winslow, described the first thanksgiving celebration in the following way, recalling themes from Acts 14:17 and Psalm 23:1:

“Our harvest being gotten in, our Governor sent four men on fowling [bird hunting] so that we might, after a special manner, rejoice together after we had gathered the fruit of our labors. They four in one day killed as much fowl as… served the company almost a week… Many of the Indians [came] amongst us and… their greatest King, Massasoit, with some ninety men, whom for three days we entertained and feasted; and they went out and killed five deer, which they brought… And although it be not always so plentiful as it was at this time with us, yet by the goodness of God we are… far from want”

It’s no surprise then that Abraham Lincoln would eventually formalize the holiday of Thanksgiving by acknowledging that God alone is the final provider and object of thanksgiving. In the midst of the Civil War, he reminded a nation of all they had to be thankful for and who precisely they ought to be thanking:

The year that is drawing towards its close, has been filled with the blessings of fruitful fields and healthful skies. To these bounties, which are so constantly enjoyed that we are prone to forget the source from which they come, others have been added, which are of so extraordinary a nature, that they cannot fail to penetrate and soften even the heart which is habitually insensible to the ever watchful providence of Almighty God. In the midst of a civil war of unequalled magnitude and severity, which has sometimes seemed to foreign States to invite and to provoke their aggression, peace has been preserved with all nations, order has been maintained, the laws have been respected and obeyed, and harmony has prevailed everywhere except in the theatre of military conflict; while that theatre has been greatly contracted by the advancing armies and navies of the Union. Needful diversions of wealth and of strength from the fields of peaceful industry to the national defence, have not arrested the plough, the shuttle, or the ship; the axe had enlarged the borders of our settlements, and the mines, as well of iron and coal as of the precious metals, have yielded even more abundantly than heretofore. Population has steadily increased, notwithstanding the waste that has been made in the camp, the siege and the battle-field; and the country, rejoicing in the consciousness of augmented strength and vigor, is permitted to expect continuance of years with large increase of freedom.

No human counsel hath devised nor hath any mortal hand worked out these great things. They are the gracious gifts of the Most High God, who, while dealing with us in anger for our sins, hath nevertheless remembered mercy. It has seemed to me fit and proper that they should be solemnly, reverently and gratefully acknowledged as with one heart and voice by the whole American People. I do therefore invite my fellow citizens in every part of the United States, and also those who are at sea and those who are sojourning in foreign lands, to set apart and observe the last Thursday of November next, as a day of Thanksgiving and Praise to our beneficent Father who dwelleth in the Heavens. And I recommend to them that while offering up the ascriptions justly due to Him for such singular deliverances and blessings, they do also, with humble penitence for our national perverseness and disobedience, commend to his tender care all those who have become widows, orphans, mourners or sufferers in the lamentable civil strife in which we are unavoidably engaged, and fervently implore the interposition of the Almighty Hand to heal the wounds of the nation and to restore it as soon as may be consistent with the Divine purposes to the full enjoyment of peace, harmony, tranquillity and Union.

I hope you enjoyed Thanksgiving this year, and I hope, like us, you were able to praise the God who is sometimes forgotten by our secular American culture. 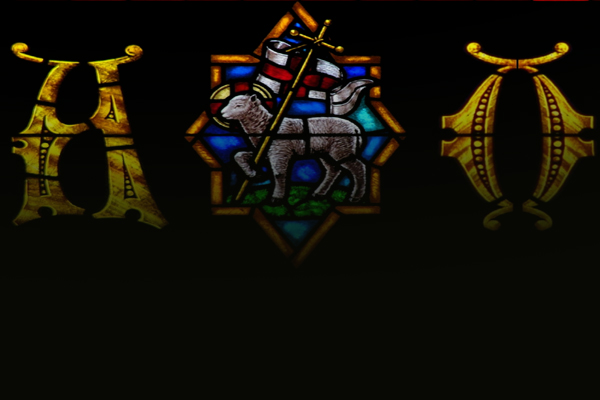 I am a Christian because Christianity is true. I didn’t become a believer to solve a problem, to make a better life, or guarantee... 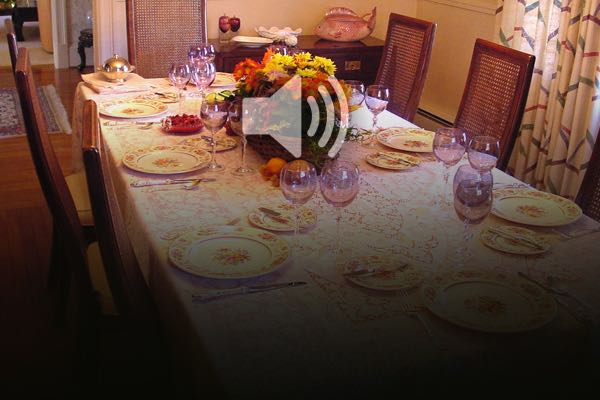 Why Thanksgiving Will Always Be A Uniquely Christian Holiday (Podcast)

In this new audio podcast, J. Warner discusses the nature of “giving thanks” and the holiday we call Thanksgiving. Is it possible to celebrate... 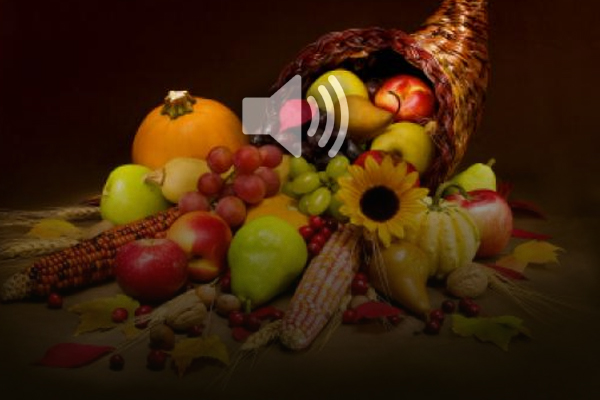 Thanksgiving, Traditions and the Principles of Conservatism (Podcast)

J. Warner examines the Thanksgiving Holiday talks about the role of tradition and celebration in our culture. Jim also establishes several principles of Conservatism...