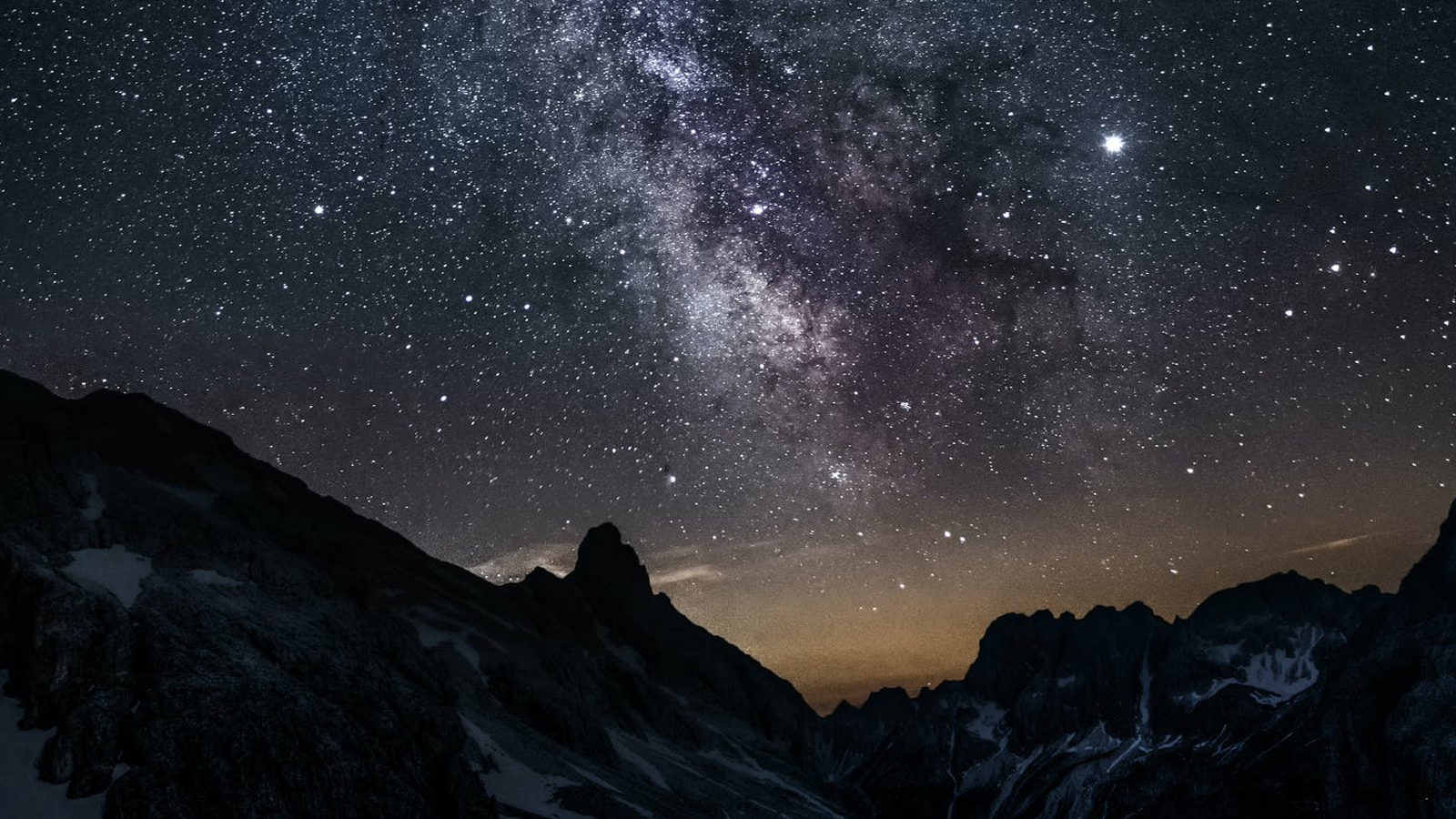 (1) The Universe Began to Exist
(Confirmed by the scientific evidence)

(3) Therefore, the Universe Must Have a Cause
(Inferred from the Principal of Causality)

While several of these premises must be examined more completely, in today’s post, I’d like to review the classic evidence supporting the first claim: the universe began to exist. To understand the evidence, we can look in many places, but one of the clearest writers on the topic has been Robert Jastrow, an astrophysicist who established NASA’s Goddard Institute for Space Studies in 1961. He was also the Director and Chairman of the Board of Trustees of the Mount Wilson Institute which manages the Mount Wilson Observatory. In his book, God and the Astronomers, he described the evidence and made the case for a finite universe with a beginning. These four simple evidences are easy to remember and articulate:

Many of us have played with wind-up toys over the years. After toys of this nature are wound, there is a limited period of time in which we can enjoy them. Within a few seconds, wind-up toys slow down and stop; they run out of energy. Imagine walking into an empty room and discovering a wind-up toy sitting on the floor, still operating (unwinding). The discovery of this toy (and the fact it is still in the process of unwinding), would raise two reasonable inferences: (1) the toy was recently wound at a fixed point in the not-too-distant past, and (2) there was an adequate cause responsible for the initial winding. In other words, you would start looking for the “winder” somewhere in the room, given the fact the toy was still in the process of unwinding. We happen to be living in a “wind-up” universe slowly losing its usable energy. If the universe had no beginning and was infinitely old, why would there be any usable energy still available to us? The fact there is still usable energy in the universe points to a beginning in which the universe was tightly wound, and causes us to look for the cause responsible for such winding.

The Expansion of the Universe
Over the years, a number of scientists have calculated or observed the expansion of the universe. In 1905, Albert Einstein developed the Special Theory of Relativity involving measurements of length, velocity and time from moving observers. These equations led to the now famous E = mc2 equation, which describes how matter and energy can be converted from one form to another. In 1915, by applying relativity to Newtonian physics, Einstein derived the equations of general relativity which describe the relationships between gravity, the speed of light, mass, and other factors in regard to the universe as a whole. His work was consistent with an expanding universe. While this conclusion was initially troubling to Einstein, other mathematicians and scientists were coming to the same conclusion.

Alexander Friedman, a Russian mathematician working in the 1920’s with Einstein’s theories, used the mathematics to prove the universe is expanding. His work was being paralleled at the time by astronomers in Belgium who independently came to the same conclusion. An astronomer named Vesto Slipher presented findings at an obscure astronomy meeting in 1914 which showed that several ‘nebulae’ were receding away from the earth. A graduate student named Edwin Hubble was in attendance and realized the implications. Hubble later proved that these nebulae were actually galaxies, composed of billions of stars. In 1929 he proposed the law of red shifts. Galaxies which are moving away from the earth demonstrate emission spectra with bands shifted toward the red end of the spectrum, and Hubble observed these distant galaxies demonstrated this red shift phenomena. In essence, he proved by observation the universe is indeed expanding.

Our universe is expanding like a balloon. Imagine individual galaxies drawn on the balloon’s surface. As the edge of the balloon expands, the edge galaxies move away from center and away from each other. This is what we are seeing in our universe today. If we could go back in time and reverse the process (“deflate the balloon”), we would eventually arrive at an initial point of convergence. Once again, the science demonstrates our universe had a beginning.

The Radiation Echo
In 1964, two American physicists and radio astronomers, Arno Allan Penzias and Robert Woodrow Wilson, happened upon an important discovery. They were unable to eliminate the radio signal “noise” from their large antenna at the Bell Telephone Laboratories in New Jersey, regardless of where in the universe they tried to point their instrument. As a result, they began to consult with colleagues to determine the cause of this background noise. Phillip James Edwin Peebles, a physicist and theoretical cosmologist at Princeton University, suggested the noise might not be from the antenna at all. Instead, he proposed they might be detecting the residual “background radiation” caused when the universe first came into being. Penzias and Wilson pursued this line of investigation and confirmed Peebles’ suspicions. Numerous additional experiments and observations have since established the existence of cosmic background radiation (culminating in data from the Cosmic Background Explorer satellite launched in 1989). For many scientists, this discovery solidified their belief the universe had a beginning at a fixed point in the past.

The Philosophy of Infinite Regression
If these three evidences weren’t enough to prove that the universe has a beginning, there is also a very powerful philosophical reality related to the concept of infinity demonstrating the finitude of the universe. If the universe existed from all eternity, then time would also have existed from all eternity. There would be no “beginning of time”. But if this were true, we could never arrive at today. If you don’t have an initial and definite place from which to begin time, you can’t measure your way up to the present moment.

Imagine a linear race track with a start and finish line. Now imagine I’ve asked you to put on your track shoes and step into the starting blocks for a race. Looking down the track, you can see the finish line is just one hundred yards away. As you place your feet in the blocks and prepare to run, I raise the starting pistol into the air. Just before I fire the pistol, however, I stop and tell you to move the start line (along with your blocks) back six inches. Frustrated but eager, you reluctantly move everything back as I’ve requested. Ready to start the race once again, I raise the pistol to the sky. Just prior to firing, however, I once again command you to move the start line back another six inches. You grudgingly comply. Now imagine that every time you are ready to run, I simply command you to stop and move the starting line. If I continue to do this, will you ever reach the finish line? No. Unless there is a fixed start, you’ll never get to the finish. In a similar way, time also requires a fixed starting point in order for any of us to reach a fixed finish; unless time has a fixed beginning, we cannot arrive at the finish line we call “today”.

There are many good reasons to infer that the universe had a beginning, and God remains the one cause most reasonably inferred from the evidence. Click To Tweet

There are many good reasons to infer that the universe had a beginning, and this reasonable inference should provoke us to realize that a universe with a beginning requires a beginner. If all space, time and matter came into existence at a point in the distant past, what non-spatial, non-temporal, non-material could cause such an event? God remains the one cause most reasonably inferred from the evidence of a universe that has a beginning.

Does any one piece of history demonstrate that Christianity is true? If not, how can we be sure there’s enough evidence to trust what...