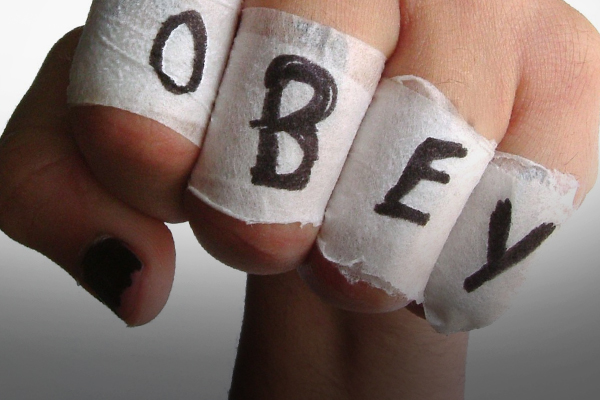 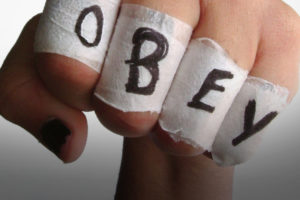 As a police officer, I recognize the fact that the world is a dangerous place. All around us are a variety of people and situations ready to hurt or take advantage of us. I bet you take steps in your daily life to protect yourself from danger. It may be as simple as wearing your seatbelt or washing your hands. The good and bad experiences we go through influence the way we act. We all develop “defense tactics” or ways of living our lives that help us to be careful. Even without formal instruction, we all learn to act in ways which are designed to protect ourselves from the dangers of the world.

Every applicant to the police department comes in with a basic understanding of danger and an idea of what they should do to protect themselves. Throughout their lives, they have learned basic “defense tactics” and strategies based on their own experiences. But before anyone is allowed to work in the field, all police officer recruits are sent for basic training at a police or sheriff’s academy. At the academy the recruits are taught all the fundamentals of the job. This includes classroom and role-playing instruction about all kinds of topics, including tactics, policies, and procedures. The sections on tactics include formal teaching about the dangers officers face and the techniques and strategies officers should employ while working the field. Even at the basic academy level, the recruits are taught specific and detailed tactics ranging from how you should search a suspect, how you should pull over a car wanted for a violent crime, how you should search a building, the appropriate use of weapons, etc. Recruits are taught specific ideas about tactics in the academy so that we don’t have to worry about them being reckless when they begin work in the field.

The academy teaches new recruits to be “rule followers,” not just in terms of following the law, but also in terms of following tactical and procedural rules. It’s not illegal for an officer to disobey tactical rules, but the tactical rules themselves are designed to help the officer be safe in performing their job. Ideally, tactics are designed to help officers do a better, safer job.

As a field training officer, I recognize the need to be “flexible” when it comes to defensive tactics. Some trainees take their tactical training so seriously that they see the tactics in terms of “black and white,” with little wiggle room for alternative choices. In most cases they are able to perform acceptably by following the tactical rules they were taught in the academy. However, when these same trainees encounter situations which are “out-of-the-ordinary”, the trainees struggle to adjust and adapt appropriately to the situation.

Recently, I was assigned a new trainee who struggled with these concepts. 90 percent of the time, when things went “according to plan” or a situation was similar to something the trainee had already experienced, he did a fine job. But, when one thing was a little unusual or different than scenarios the trainee had experienced in past training, he struggled to adapt. We spent a lot of time together discussing learning to be flexible and understand the principle behind the tactic.

In some ways my traniees’ inclination to be “rule followers” reminds me a lot of the way religious leaders in Jesus’ day are described in the Bible. The Pharisees in the New Testament strictly adhered to the Old Testament law, but they lacked a relationship with God or an understanding of what he actually wanted from them. Jesus and the Pharisees were constantly butting heads over “rule following.” The Pharisees were keeping the Old Testament law, but Jesus took issue with the fact that they were missing the deeper purpose.

Jesus repeatedly taught that the Old Testament law was a reflection of something bigger. In the fifth chapter of Matthew Jesus breaks down some of the issues. In Matthew 5:21-23, Jesus says, “You have heard that it was said to the people long ago, ‘You shall not murder, and anyone who murders will be subject to judgment.’ But I tell you that anyone who is angry with a brother or sister will be subject to judgment” and in verses 27-28 Jesus says, “You have heard it said, ‘You shall not commit adultery.’ But I tell you that anyone who looks at a woman lustfully has already committed adultery with her in his heart.” Outward “obedience” to the law may be meaningless… Jesus indicates someone could potentially keep the Old Testament law and still be separated from God by their inner thoughts. God wants his people to be good, moral people who love him and each other. If people are following the Old Testament rules but do not love God or each other, then they are missing the point.

Sometimes when I teach my trainees the principles behind the “rules” they were taught in the academy, I find them struggling to understand the underlying concepts. The academy teaches them rules that are easy to follow blindly, but they need to be able to reason from underlying principles. In some ways, my trainees would feel more comfortable with a “hard-and-fast” rule than with an opportunity to understand and reason.

Jesus expects something similar from us. He doesn’t want a bunch of blind “rule followers”. Instead, He’s looking for children who are capable of going deeper, of following the rules – not for the sake of the rules – but because they truly love God and love each other.

In Matthew 22:37-39 Jesus states, “’Love the Lord your God with all your heart and with all your soul and with all you mind’ This is the first and greatest commandment. And the second is like it: ‘Love your neighbor as yourself.’ All the Law and the Prophets hang on these two commandments.” 'So, while it might be easier to judge ourselves on the basis of rule-following and outward appearances, consider instead the nature of our hearts as we heed the teaching of Jesus.' - Jimmy Wallace Click To Tweet

So, while it might be easier to judge ourselves on the basis of rule-following and outward appearances (“Did I go to church this Sunday?” / “Did I read my Bible this week?”), consider instead the nature of our hearts as we heed the teaching of Jesus. Let’s stop “checking the box,” and “going through the motions” in our walk with God. Jesus doesn’t want us to miss the point while “following the rules.” Jesus wants to bring all of us, as believers, to a position where we are in relationship with Him, fully able to love God and love one another.