Jesus Specifically Said, “I am God” 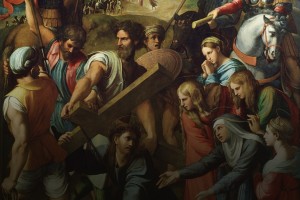 As a skeptic, I was willing to accept a “nice guy” version of Jesus. You know, the wise sage from the past who was misunderstood and mythicized into something divine by leaders of a movement who were either mistaken or deceptive. Jesus might have been a nice guy and a great teacher, but did he ever really claim to be God? I had atheist friends who knew more about the Gospels than I did, and they said that Jesus never claimed to be God in any of the New Testament accounts. Once I began to examine the Gospels for myself, I discovered my friends were wrong; Jesus did say specifically that He was God. Now don’t get me wrong, Jesus didn’t use those exact words. But His listeners sure understood what He meant.

When God first appeared to Moses in the burning bush, Moses was adept enough to ask God for His name. And God gave Moses an interesting reply:

For generations following this interaction between God and Moses, the Israelites revered the name of God (“I AM”) as a precious title that was not to be slandered or given to anyone or anything other than God himself. Then along came Jesus. The Gospel of John tells us that on a day when the Pharisees were questioning the power, authority and teaching of Jesus, they actually accused Him of being demon possessed. Look at how He responded:

Did you catch that? Jesus made two remarkable statements. First, he claimed to be eternal and to have existed before Abraham! But more importantly, Jesus called himself by the ancient title ascribed only to God Himself, “I AM”. The Pharisees knew exactly what Jesus meant by this. From their perspective, Jesus said specifically, “I am God”. How do we know this was their interpretations of His words? We know it from their reaction. They responded by attempting to stone Jesus for claiming to be God (an act of blasphemy they considered worthy of death):

When Jesus took on God’s holy title as his own, He was stating the modern equivalent of “I am God”. He did this repeatedly over the course of his ministry (see Mark 14:62, John 18:5-6, John 8:24 and John 8:28). So while you may not find the expression “I am God” in the Gospels, you’ll certainly find the ancient equivalent. It’s no wonder that the Jewish religious leadership would eventually want Him executed. When I discovered these statements in the Gospels, I had to reconsider my simplistic view of Jesus as a “nice guy” or “good teacher”. What kind of teacher could Jesus have been if He was teaching a lie? Jesus’ clear statements related to His Deity forced me to reconsider Jesus and what He taught, because He did specifically say that He was God.

Deity of Jesus gospels Jesus New Testament reliability of the Bible Words of Jesus 2016-11-07
+J. Warner
Previous When We Spend More Time Arguing About How to Make the Case than We Spend Making the Case
Next What Investigative Principle Does Every Christian Need? (Video)