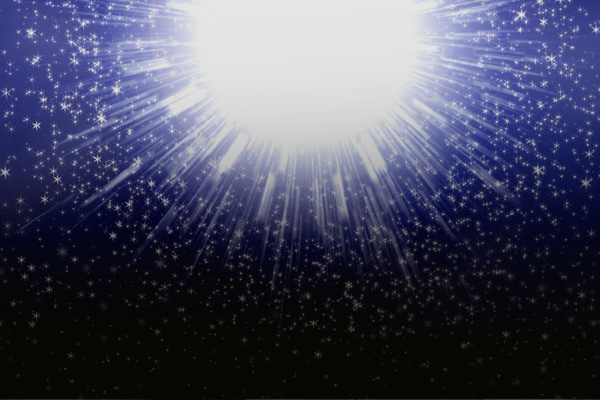 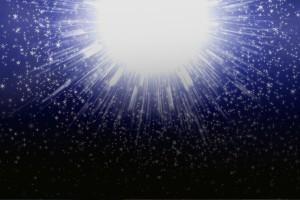 After examining the evidence, cosmologists and physicists have largely embraced the fact we live in a universe that began to exist at a point in the distant past. At this point of “cosmic singularity” all space, time and matter came into existence abruptly, beginning in an extremely hot and dense state and expanding rapidly. Everything came from nothing. This view of the universe’s origin is called the Standard Cosmological model, and it best explains the evidence we presently observe. Astrophysicist Andrew Liddle and astronomer Jon Loveday affirm this: “The standard cosmological model is a striking success, as a phenomenological description of the cosmological data… The model’s success in explaining high precision observations has led a clear majority of the cosmological community to accept it as a good account of how the universe works” (Oxford Companion to Cosmology, page 8). Is God real? The cosmological evidence certainly supports this reasonable inference.

If the universe began to exist, it’s reasonable to look for a cause sufficient to begin its existence. This cause, by definition, would have to be something non-spatial, a-temporal and immaterial (something other than the universe itself). In addition, the foundational cause of the universe must be uncaused, or it simply isn’t foundational. All of us, regardless of worldview, are looking for the first, uncaused, sufficiently powerful, non-spatial, a-temporal, immaterial cause of the universe. From this description you can see how dangerously close this cause sounds to a theistic description of God. Perhaps this is why many researchers and cosmologists seek to find a cosmological model avoiding a cosmological singularity (a model denying the beginning of space, time and matter). A number of models have been offered, but none have the explanatory ability to supplant the Standard Cosmological Model:

The Steady State Model
This theory was developed in 1949 by Sir Fred Hoyle, Thomas Gold and others, although a number of variations of this idea have been proposed over the years. Steady State (also known as “eternal inflation”) theories acknowledge the expansion of the universe, but explain this as the result of new matter being formed over time. As galaxies move away from one another, new matter appears in the voids created by the expansion. The universe is continually expanding not from a point of beginning but as a continuous process of stretching and “infilling”. The theory removed the need for the universe to have a beginning, but it had several flaws causing scientists to abandon it. The theory violates the laws regulating the conservation of mass, has never been confirmed by a single observation. Most scientists abandoned the theory in the late 1960’s when observations affirmed the universe was in fact changing over time: quasars and radio galaxies were observed at large distances (meaning they existed in the past), but not in closer, newer galaxies. In addition to this, the theory fails to explain cosmic background radiation (the Steady State Theory tried to explain this radiation as the result of light from ancient stars scattered by galactic dust, but this is inconsistent with the “smooth” nature of the radiation). Worse yet, there has never been any experimental or evidential verification of the idea, and no one’s been able to offer a reasonable mechanism explaining the appearance of new galaxies.

The Oscillating Universe Model
This model describes the universe as continually expanding and contracting from eternity past. While we may observe the universe to be expanding at this moment, oscillating (also known as “cyclical”) models claim the universe will eventually slow under the gravitational attraction of its own mass, causing it to coalesce, more or less, to a much smaller region of contraction. While the model certainly describes an infinite universe with no beginning, it does not explain the creation of the first matter at all. The theory also suffers from other observational and theoretical problems. Every attempt to demonstrate the existence of enough mass in the universe to cause this kind of gravitational attraction has failed. The mass of the universe is simply insufficient to halt the expansion we observe or reverse it toward contraction. In fact, red shift measurements of distant supernovae reveal the universe is expanding faster now than it was when it was much younger. In addition, the Second Law of Thermodynamics must be considered in these cyclical models. In each successive cycle of expansion and contraction, the useful energy in the universe would decrease, making the cycles larger and longer moving forward in time. As we go back in time, these cycles would be smaller and smaller until, once again, we come to a point of cosmic singularity. Cyclical models fail to provide us with a viable alternative eliminating a beginning of the universe.

Quantum Gravity Models
Discoveries related to sub-atomic “virtual particles” opened up yet another alternative explanation for researchers rejecting a cosmic beginning. Scientists believe “virtual particles” arise due to fluctuations in the energy contained in a vacuum at the quantum level. Cosmologists, working with this information, have proposed Quantum Gravity (also known as “emergent”) models describing a primordial, stationary vacuum pre-existing our universe. Energy fluctuations in this eternal vacuum caused tiny universes to be born the same way virtual particles pop into existence. Under this theory, our universe is just one of an infinite number of universes, all of which came into existence in the primordial environment. Skeptics of these theories have noted the difficulty of such explanations. If the primordial vacuum is eternal (infinitely old), we would expect an infinite number of universes to have popped into existence in an infinite number of locations across the vacuum. We would expect these universes to interact with one another, and given the infinitude in which they have existed, we should see some evidence of these intersections. This is not the case, however. One possible solution to this dilemma is to describe the primordial vacuum as ever-expanding to accommodate the appearance of these universes without interaction, putting each of them out of reach from one another. But this expansion (when rewinding the timeline) would once again infer a point of singularity in the past, this time for the primordial vacuum.

Scientists who postulate the sudden appearance of virtual particles (or universes) from a primordial vacuum still have to account for the primordial vacuum. Theoretical physicists have redefined the notion of nothing by describing a vacuum containing much of what we commonly consider to be something. According to Stanford University theoretical physicist, Leonard Susskind, “The vacuum represents potential for all things that can happen in that background. It means a list of all the elementary particles as well as the constants of nature that would be revealed by experiments in that vacuum. In short, it means an environment in which the Laws of Physics take a particular form.”  According to this definition, the primordial vacuum is spatial, filled with particles, charged with energy, and able to change over time. Even Lawrence Krauss, theoretical physicist and author of A Universe from Nothing: Why There is Something Rather than Nothing admits the vacuum is really something, rather than nothing: “…it would be disingenuous to suggest that empty space endowed with energy, which drives inflation, is really nothing. In this picture one must assume that space exists and can store energy, and one uses the laws of physics like general relativity to calculate the consequences. So if we stopped here, one might be justified in claiming that modern science is a long way from really addressing how to get something from nothing” (Kindle location 2029). Theories such as these fail to account for the origin of the environment in which universes such as ours could emerge.