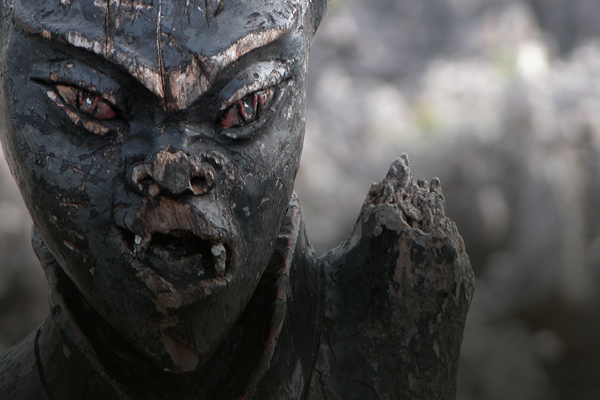 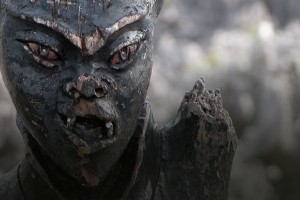 Most of us recognize the presence of evil in our world, but according to a recent Harris Poll, the number of Americans who believe in the devil is actually dropping (from 62% in 2005 to 58% in 2013). Christianity asserts the existence of Satan (in spite of what the culture may believe), describing the devil as a limited, personal being, subordinate to a holy and good God. Satan is, according to Christianity, a personal agent of evil in our world. But is this belief in a subordinate, personal, evil being rational? Is it reasonable?

When I was a new believer, one of the first Christian books I had the opportunity to read was C.S. Lewis’ Mere Christianity. Like millions of other readers, I was fascinated and impressed with both the thinking capacity and writing style of this incredible Christian apologist. But the one thing I remember (above all else) was Lewis’ rational, philosophical argument for the existence of a personal, subordinate source of evil in our Universe. I am happy to have the chance to restate it in a very brief (and certainly inferior) manner. Lewis made the following argument about the nature of an evil power in our universe:

1. Evil exists in our world and begs for explanation. There are two possibilities:

A Good Power is presiding over a world temporarily under the influence of a finite, subordinate Evil Power (This is the Christian worldview), or…

Good and Evil Powers (or Forces) exist in the world and are equal in strength, independent from one another, and co-eternal.

2. If two independent, equally strong, equally eternal powers of good and evil exist in the universe, each power would assert it is good and the other is bad. True good and bad would require the existence of yet a third thing in the Universe: an outside standard deciding between the two.

3. If this outside standard exists, it is actually supreme over the two powers and is the true God of the Universe. It “stands on its own” without dependence on yet another, additional standard.

5. For this reason, evil requires the existence of good before it can actually exist. Evil cannot “stand on its own”.

I’m not doing justice to Lewis’ reasoning as I attempt to simplify it here, but with this modest argument, Lewis provided a logical and reasonable foundation for a subordinate and limited evil being. This kind of Evil Power is starting to sound something like the devil, but the Christian description of Satan includes another important characteristic. As Christians, we believe Satan is a personal being who has a name and can be recognized. Is that reasonable? Yes, given the following truths:

1. In order for the Evil Power to act in an evil way, it must first decide to pervert something otherwise good (if left in its original or undefiled condition).

2. A decision such as this requires intelligence and free will

3. Intelligence and free will are attributes of personal beings

4. Therefore the Evil Power must be a personal being

The existence of an evil, limited, subordinate, personal being is reasonable even aside from the claims of Christianity. As it turns out, the Christian worldview acknowledges the existence of this being and describes him by name. While we can reason toward such a conclusion with our minds, we can only understand Satan in a limited way without the special revelation of Scripture. The fullest, most complete description of Satan comes from the Biblical record, but the existence of Satan is reasonable, even if we couldn’t read about him on the pages of the Bible.

The existence of an evil, limited, subordinate, personal being is reasonable even aside from the claims of Christianity. Click To Tweet